Where Are They Now?: David Hewitt 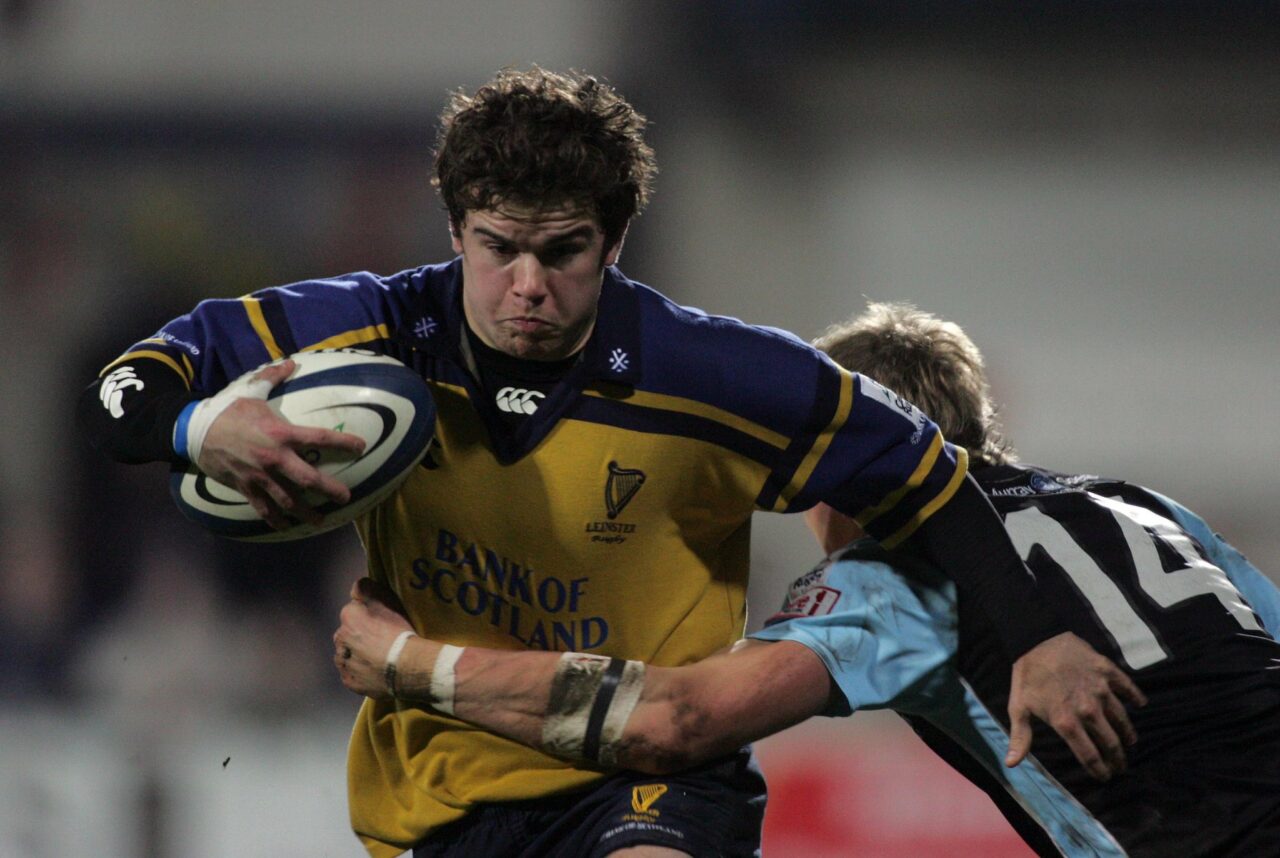 This article first appeared in the Official Matchday Programme for Leinster Rugby’s Guinness PRO14 clash with Edinburgh on November 16.

The first time David Hewitt pulled on a Leinster Rugby shirt in competition was on his debut against Scarlets in the Celtic League at the Racecourse Ground in November of 2004.

There was no lead-in to the experience through the Leinster Schools or the provincial age-grade system.

Hewitt had to take a more scenic route to one season at his home province. There was no place on the Belvedere College Senior Cup team in 1998, playing on the bench behind his great friend Andy Dunne, and there was no place in the Leinster Academy, thereafter.

Instead, he opted for a different path, playing for his club Skerries in a successful season, Old Belvedere for two seasons before making the move to Clontarf in 2002/03.

“That is when it kicked off for me. I wanted to be a professional rugby player and I received an offer from Connacht off the back of my form for ‘Tarf. A group from the club moved out west, Bernard Jackman, Adrian Clarke. Warren O’Kelly moved from Munster to Connacht, Michael Walls was already there. “

“I went there and sat on the bench behind Eric Elwood for most of the year, and started about nine or 10 league games, as well as some European Challenge Cup matches including the semi-final against Harlequins.

“At the end of the 2003/04 season, Michael Bradley didn’t offer me a new contract. I went on trial to Wasps, which didn’t work out, and was eventually invited to train with Leinster by Declan Kidney, making a good enough impression to be offered a one-year contract.”

This was back in the day when the players got changed out of the boot of the car at Anglesea Road, a far cry from the current state of the art facilities in UCD.

“I really enjoyed the year. I would have watched many of these guys playing for Ireland growing up, so to join the Leinster squad was huge for me.” he said.

“There was an aura about Leinster at the time. There were cliques. I was coming in from somewhere like Skerries, considered less glamorous, whereas it is welcomed now when you come in from off the beaten track.”

He formed a bond with the likes of Brian Blaney, Shane Jennings, Brian O’Riordan, Jimmy Norton, Niall Ronan, more of the new generation on the way up. 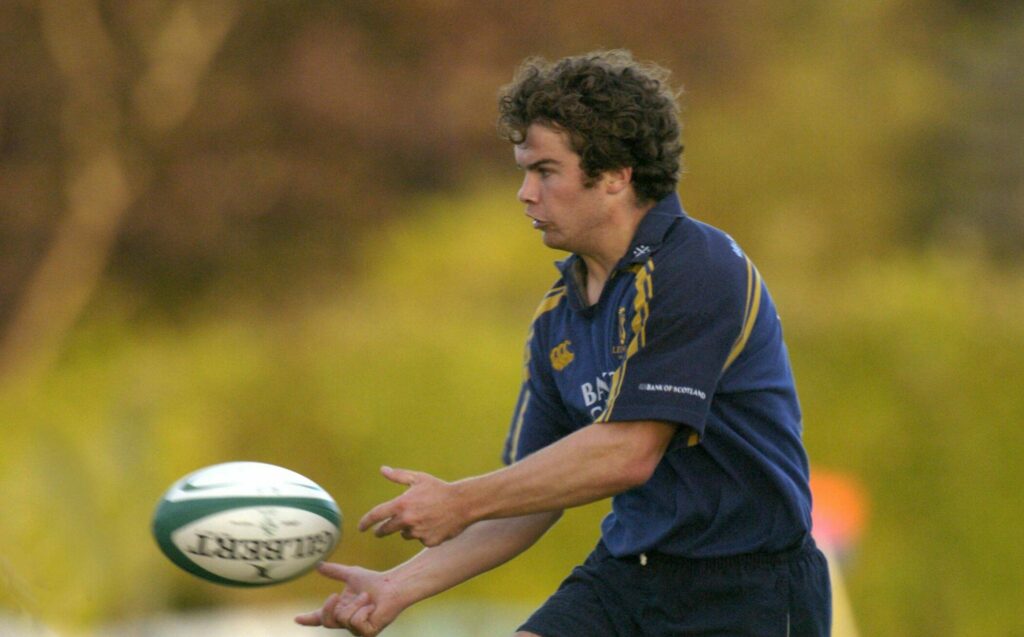 “I was thankful for the opportunity from Declan. I was determined to give it a good shot, get stuck in,” he stated.

“I am probably more of an introvert by nature. I wouldn’t have been outspoken in a group setting. I would have just kept my head down, got on with the work, trying to make a good impression.

“I won’t lie. It was daunting. I didn’t find it easy to fit in initially. But I guess I always backed myself to compete,” he added.

“There is the whole camaraderie between the guys that have been there through the age-grades and the familiarity that brings. When you are comfortable with the players around you, you tend to have more confidence, play better. I didn’t have that from the start but worked hard to get there.”

“At training, you are trying to establish yourself, prove to your teammates that you are good enough to be there and prove to the coach that you deserve a chance to play.”

By November 2004, Hewitt had earned the right to his first cap, starting against Scarlets. The season in Connacht had removed much of the awe around making his debut.

He already knew he could survive at the professional level, despite not adding to his third cap against Edinburgh in February 2005.

There were three pre-season friendlies where Hewitt started against Worcester (twice) and Coventry to go with the three caps in the Celtic League.

There was also Ireland Sevens duty in Dubai and South Africa in December and the Sevens World Cup in Hong Kong in March, a six-week block preventing him from adding to his Leinster appearances.

It was enough to garner the offer of another one-year deal from Leinster.

“I liked the idea of moving somewhere else. I don’t regret moving because I had a great experience in Paris, loved my time in France,” said the 40-year-old.

“I don’t mind admitting I am a bit of a rugby geek. I was aware of the image of Racing, the pink dickie bows and drinking champagne at half-time. I knew of the club history, the tradition, the legacy.

“I played 50-odd games over two seasons at full back and out-half mainly. I loved it. We travelled around France. The likes of Toulon, La Rochelle, Lyon were in the same division.”

It was tough rugby in PRO Division 2, heavy men moving on heavy ground, without the structure Hewitt was used to back home. 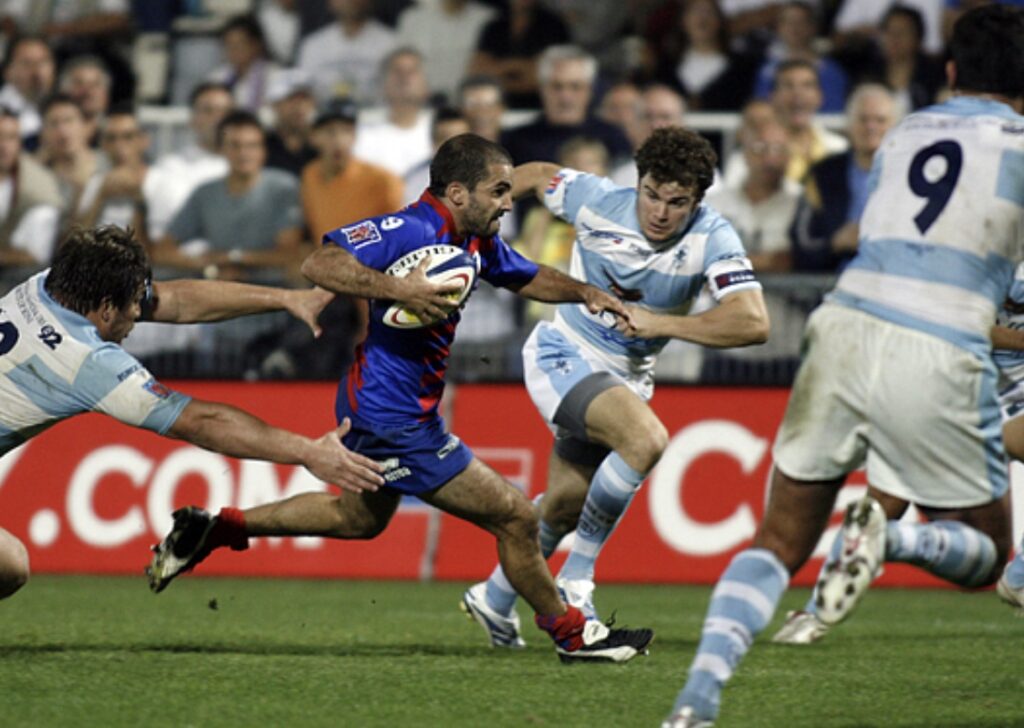 “Jacky Lorenzetti took over the club in 2005, at the end of my first season, and you could see the change in mentality, the coaches, facilities, the level of player he was bringing in.

“There was a pretty good trail of out-halves that followed me. They got in Wisniewski, Andrew Mehrtens, Juan Martin Hernandez, Johnny Sexton, Dan Carter. Anyway, that was the end of my journey there.”

There was a possibility of a move to Sale that never materialised and six months playing at English club Esher with none other than Rob Henderson.

Hewitt had come to a point in his career where he didn’t envisage it getting any better.

“I didn’t want to move around smaller clubs to just hold onto being a professional rugby player. I didn’t want to flog the arse out of it and end up playing for a second division club in Poland as a 35-year-old. I had to get back to the real world.”

That was it. Real life beckoned back home. The good sense to complete a degree in Marketing and Business at Dublin Institute of Technology just before moving to Connacht was a solid platform to work from.

“My mother wouldn’t have had it any other way. I still didn’t know what I wanted to do when I got the degree. I just wanted to chase sport and rugby. I guess I managed to do that for those five years.”

Aidan McCullen convinced Hewitt to move to Lansdowne for three years and the last two seasons (2011-13) were spent back where it all started at Skerries, playing with his brother Marc and old friends like Chris Keane, winning promotion back to the All-Ireland League.

In terms of his work, he moved into the media space as brand manager with 98FM, then onto advertising in the start-up Joe.ie.

Along the way, he married the love of his life Lia, settling down in Churchtown where his girls Amelia (7) and Izzy (3) keep him on his toes.

“For the last three years, I have been working for Salesforce in tech-sales, specifically in the South Africa market, travelling there every six weeks or so until the pandemic outbreak.”

He has mostly been restricted to home and that is alright by his girls.