Where Are they Now?: Dominic Ryan 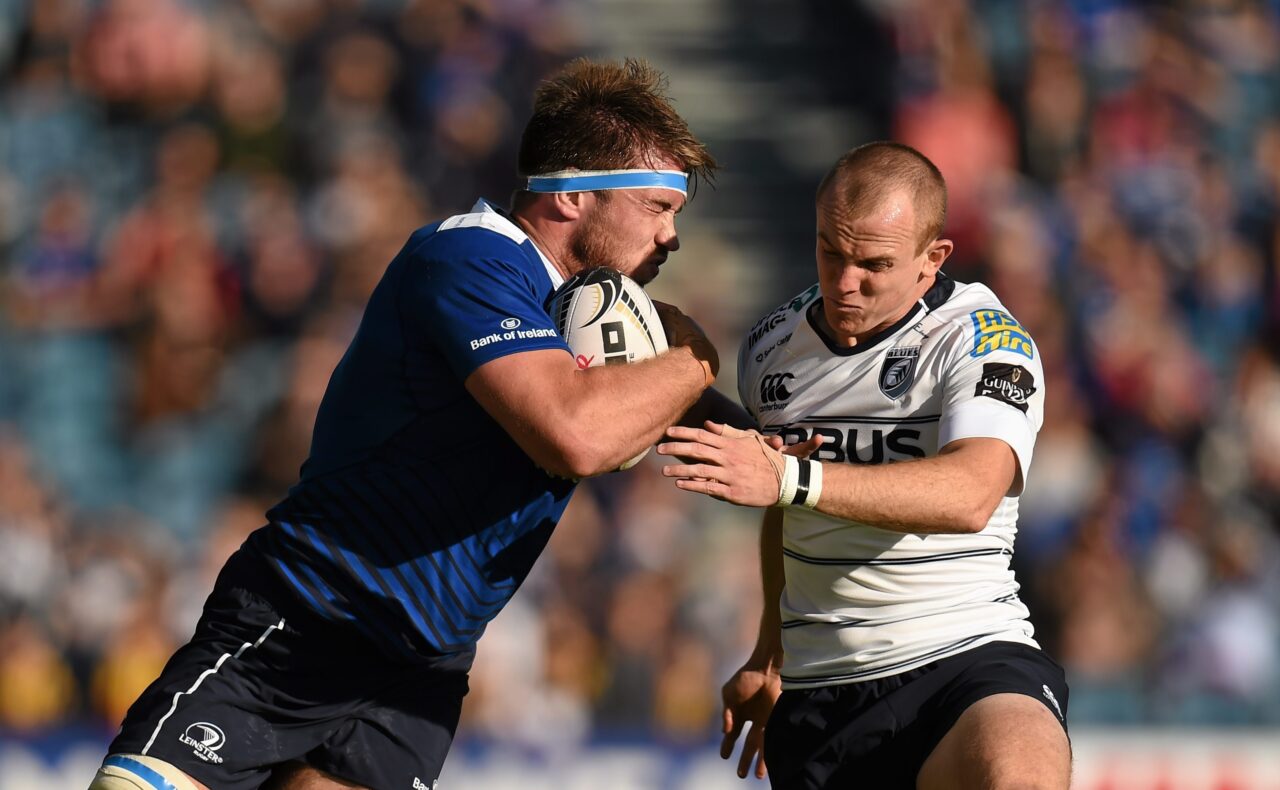 THEN: Dominic Ryan played for eight seasons at Leinster for 113 caps, while wearing the green of Ireland once against Georgia in 2014.

NOW: He works as an Associate Account Executive for Tech company MongoDB, living in Churchtown with his wife Kate and their daughter Cleo.

Thirty-one-year-old Dominic Ryan doesn’t miss the game he could still be playing.

That is the biggest takeaway from warm minutes passed in easy, honest conversation with the eight-season veteran of Leinster Rugby.

Concussion forced the flanker to leave the pitch for good in 2018, the optimist inside of him getting a head-start on his second career.

When Ryan examined his playing curriculum vitae, it wasn’t long before he could see the advantages already in his locker.

“I captained Ireland ‘A’ on a Nations Cup tour to Romania. I captained the province as a temporary captain a handful of times.

“You take for granted that for a three-week tour to Romania, you led an international team,” he says.

“Putting that into work, it goes back to understanding people, understanding how to develop inter-personal skills and, then, not being afraid to do something wrong.”

He explains: “In rugby, you might be running through a play during a midweek meeting, an hour later you will have to execute that out on the training pitch.

“If you don’t perform your role exactly right, you look like an idiot. You learn to put your hand up and admit you need further explanation or to go through it again.

“The same thing now at work, if you don’t know what’s going on, you don’t bluff it. That won’t work.

“For instance, I could be on a Zoom call at work and put my hand up to ask, ‘Sorry, can you explain that again?’ or, ‘What does that acronym mean?’

“I find it is then you can best put into practice what you have done wrong or how to do something right in the first place.”

There is the downside of ending a career you love weighed against starting something new and interesting.

“It is probably only when you get into the working world, life after rugby, that you realise laying foundations for your second career which is going to be 35 years long, starting that earlier, can also be beneficial.”

The brutal honesty of the Leinster environment, where the weekly video review sessions left no one untouched, meant Ryan came out of rugby with rhinoceros skin when it came to accountability. 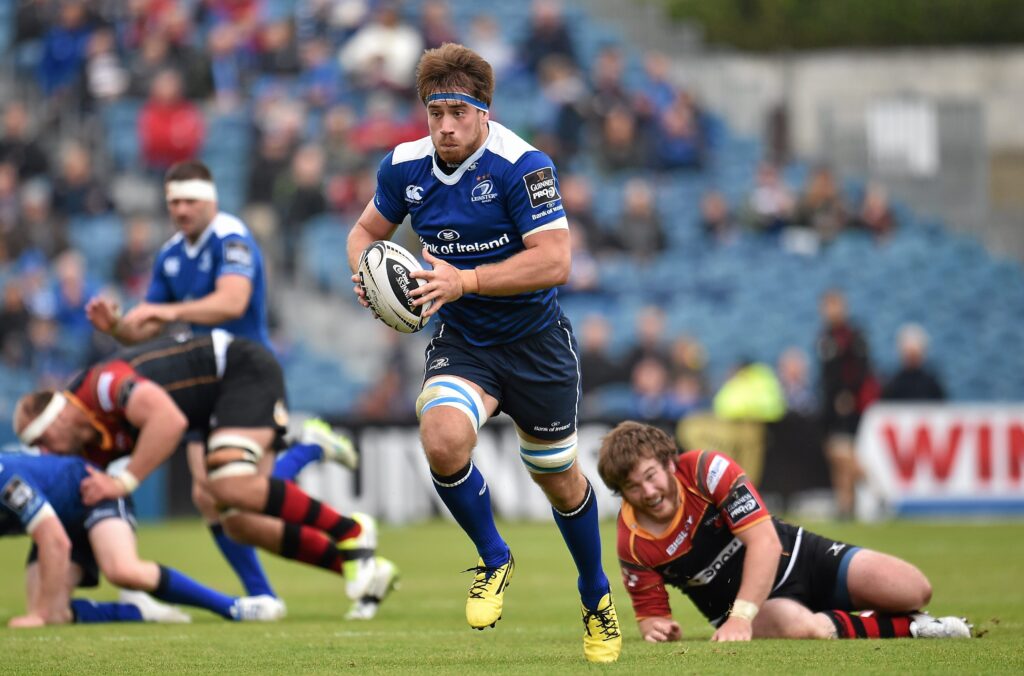 “I went back and did a masters in Aviation Finance at the Smurfit Business School in my year following retirement,” he says.

“I went into a company called Avolon, an aircraft leasing company, and then made the move into the tech world with MongoDB.

“In terms of what I took away from rugby, you come out of professional sport thinking you don’t have a whole lot that is transferable into the office world.

“When you actually sit down and drill into it, there is so much you have experienced that other people wouldn’t have.

“It stems from very basic elements like building personal skills and relationships. You have to get on with people in a team.

“In team sport, relationships have to work whether you like or don’t like someone. You do build up thicker skin.

“Now, I find myself saying to my manager, ‘Just tell me what I’m doing wrong, don’t let it drag on,’” he admits.

“You know, tell me if I can do something better immediately because, in rugby, there is a constant feedback loop to push improvement.

“If you are doing something wrong, a coach isn’t going to let you do it for four weeks. That won’t benefit you or the team.

“I ask my managers to give me that honest feedback as I can take it no problem, I am used to it from a life of professional sport.

“In rugby, you have to learn quickly and be very coachable. The feedback I have gotten in the last couple of years is that I am very coachable. I can put into action what I’m told to do.

“You also have the team-building and leadership part of it to take away and you do build up a resilience that you probably take for granted. That is important, that thick skin.”

This outward expression of honesty, an admission to not holding all the answers, was there long before Ryan retired from the game.

“The reality of it is you are in a bubble. You think this is your world. Nothing else matters as much. It is everything to you. There is no life after rugby.

“It has given me incredible experiences, incredible friendships and, financially, there is no doubt about it, it gives you somewhat of a head-start in life.”

Those champagne moments, the inter-provincial rivalries, the trophies and the day-to-day battle to be better were all devoured by Ryan. 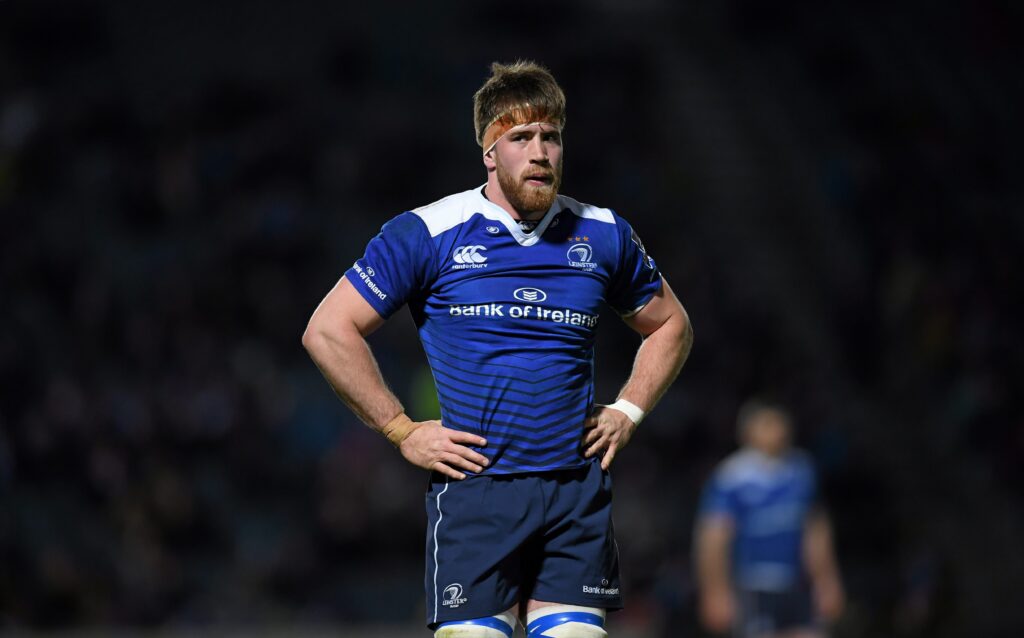 He sees no value in looking back when there is so much to look forward to, his baby daughter Cleo arriving on his birthday in March.

“When I was 21, I played in Leinster vs Munster, the first professional game in the Aviva, in front of a record crowd. That experience, money can’t buy that.

“The way I look at it, a lot of people in the crowd watching the game, would like to be on the pitch. They want to know what it feels like to be out there.

“People ask me ‘Do you miss it? Are you sad it ended early? Do you still want to be out there?’ I don’t. I really don’t.

“I count myself very grateful for actually knowing what it’s like to be out there in the first place and, now, a lot safer, not running into people.

“That is the way I look at my time in the game.”

In hindsight, the concussion that forced Ryan’s premature retirement has enabled a level-headed recall on stepping away from the game.

“Put it this way, I have symptoms now that I wouldn’t have if I didn’t play rugby,” he said.

He also draws an interesting analogy when looking back on his last year in the game and the impact that year has had as he looks back on his rugby career as a whole.

“If someone is living abroad for eight years and the last year of that is absolutely horrendous, it is probably going to taint their view of their whole time away to some degree.

“That has undoubtedly happened to me. I had a miserable last 12 months. That made it easier for me to step away.

“I don’t miss it. I’ve never missed it. I feel very fortunate to be able to say that, as I know plenty of people who had to retire through injury or other reasons and they do miss it a lot.”

“I always had one eye on life after rugby, keeping my education going, keeping work experience going because I knew the game could be taken away from me at any time.

“When I was told to retire, it felt like a weight off my shoulders, I feel like I escaped something, you know, what could have been if I had continued playing.”

There is another factor playing into Ryan’s lack of emotion towards leaving it all behind.

“Some people may not like hearing this. I was actually never a huge rugby ‘fan’ growing up. I did go to the odd Irish or Leinster game though; I was just never in touch with the game week-to-week. 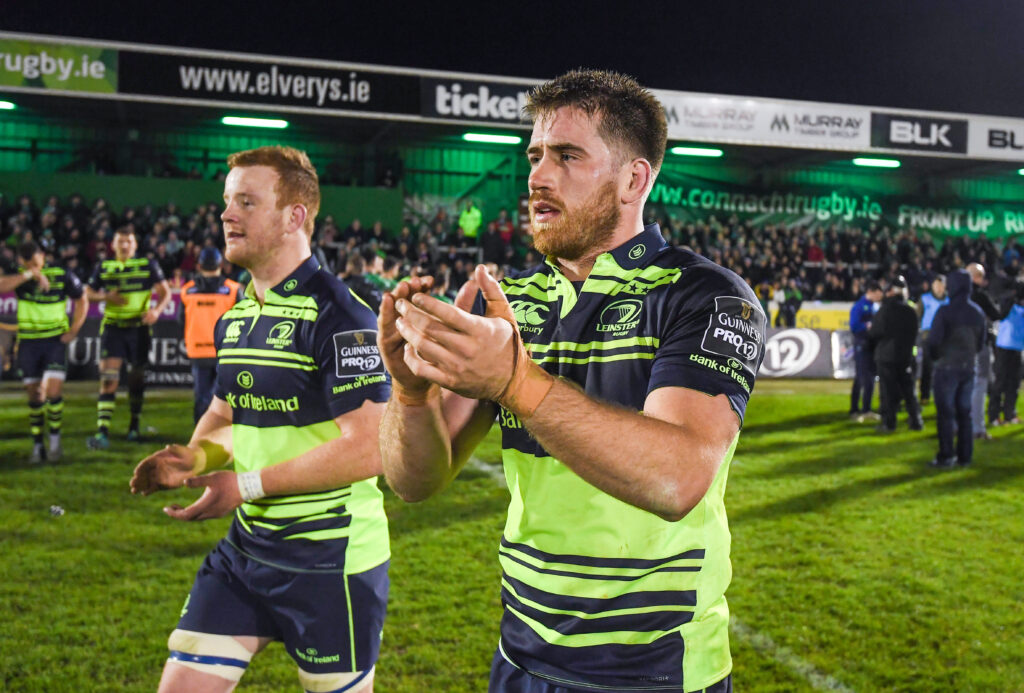 “I remember when I was 18, walking through Dundrum one day, my mate turned and said, ‘Oh my God, there’s Jamie Heaslip!’ I said, ‘Who?’ I hadn’t a clue.

“This was a bit of an ongoing joke when I started out. I didn’t know anyone we played against.”

It wasn’t the big names and the big possibilities that drew Ryan to the sport. It was far more fundamental than that.

“The reason I got to where I got to is I just absolutely loved playing rugby,” he says.

“In the early years, you are playing with all these stars. It wasn’t long before I knew who they were.

“It was a little like being in first year at school when all the fifth and sixth years are cool. You know, you soon look up to them.

“It was so exciting in those early days. You are fit and free of injury. You are making a name for yourself, getting chance-after-chance in all sorts of matches.”

Through it all, as selection and injury became problems that led to frustration, he never lost a sense of who he was.

He was always forthcoming in his opinion. This did not always serve him well.

“People used to ask me, ‘Should you have said this or that,’” he acknowledges.

“Some of the lads joked, ‘He is the Ireland coach and you just bagged him.’

“It is probably just my personality. I feel the magic of rugby, those real characters that once made a changing room are being lost in this world of ‘ultra-professionalism’.

“That is one thing that is sad to see go from the game. I am happy to have experienced the tail end of those times in my early years.

“It was inevitable as the stakes continue to get higher and more money is involved etc. There is so much on the line these days.

“People do and say what they think is the right thing to do or say to fit the mould,” he says.

“I am quite an honest person in all walks of life.

“If I was advised to say something but I didn’t necessarily hold the same opinion, I wouldn’t go along with it.”

It serves him well.