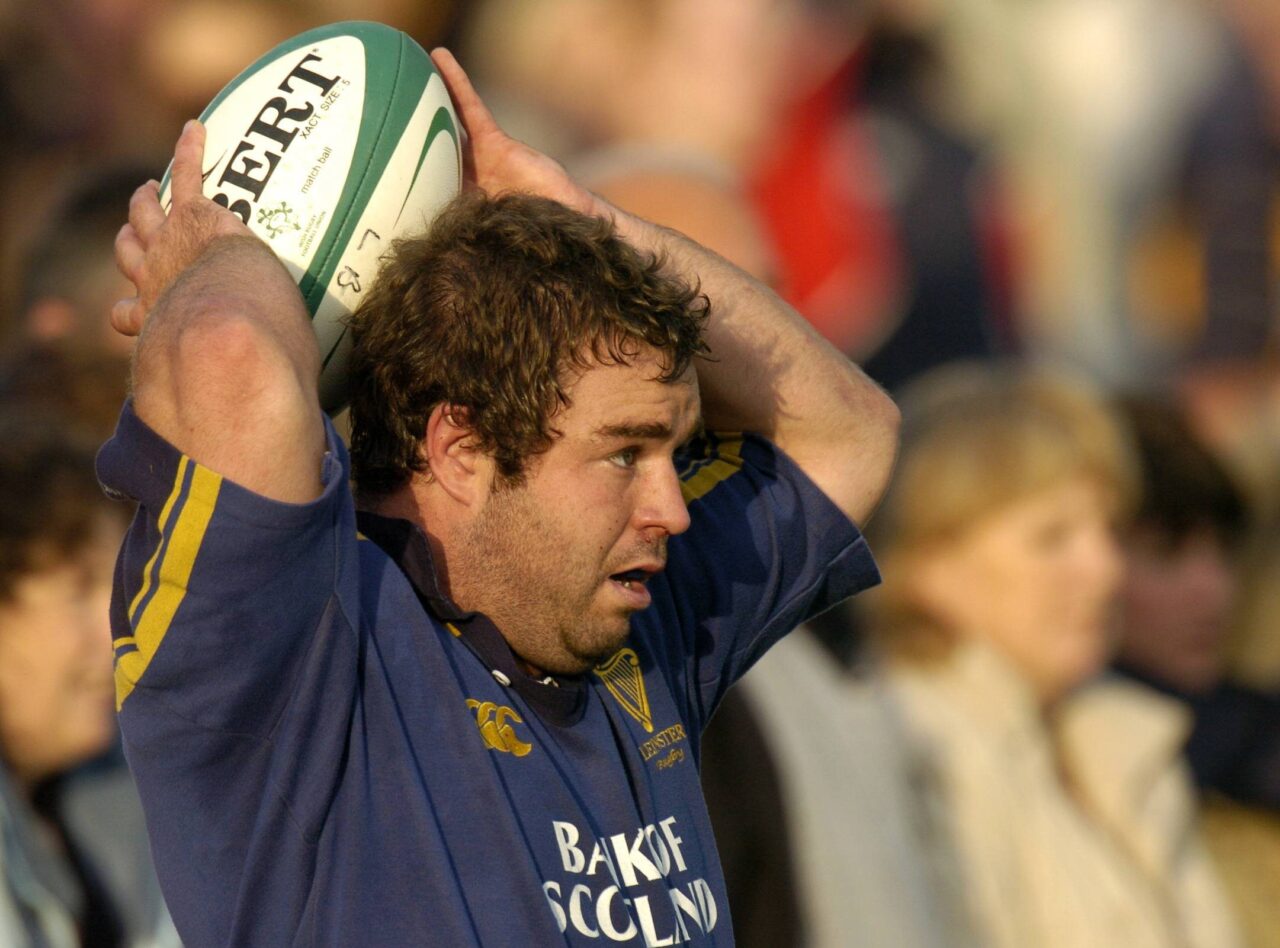 NOW: Gavin lives with his American wife Jess and two sons, Fionn and Cian, in Annapolis, Maryland, working as Director of Rugby for the United States Naval Academy.

“The rugby pitch is a very honest place. You’ll get your rewards if you put in the work.” – Shane Jennings.

When Gavin Hickie left Leinster Rugby in 2005, this pearl of wisdom from his teammate stayed there in his head, through the rest of his playing journey and on into his passion for coaching.

Deep down, he knew he had not made the most of his time at Leinster. More of that anon.

In 1999, there was a comical introduction to life at Leinster when Hickie was caught off-guard by a phone call from head coach Mike Ruddock.

“It was a Welsh voice. I thought Mike was a Kiwi. So, I thought it was a hoax,” he admits.

“I rang my cousin Denis (Hickie) after it and asked him, ‘What’s going on here? Who’s pulling my leg?’”

Cousin Denis set him straight and the progress from St Mary’s College, school and club, to Leinster and Ireland age grades was reinforced by his Leinster debut against Ebbw Vale in the Celtic League in 2001.

At the time, Peter Smyth was dealing with a serious health problem. Shane Byrne moved up to play for Ireland, leaving Hickie to compete with David Blaney for the number two shirt.

“It was a funny old time at Leinster. I had four coaches between 2000 and 2005. It was Ruddock, Matt Williams, Gary Ella and Declan Kidney,” he says.

The revolving door of coaches did not make for a consistent message as different playing philosophies came and went.

Even so, in hindsight, Hickie eventually came to the realisation that the main fault for being cut in 2005 lay with the man in the mirror.

“When I look back at my rugby career, I think I was very immature. I didn’t realise the opportunity I had in front of me, the chance to impress so many new coaches,” he says.

“That is probably why I admire the maturity of the younger players these days.”

The last experience left a bitter taste that took years to fade from his palate.

“Declan Kidney came in, in my final year. He had made me captain of the Irish U-19s a few years earlier. For whatever reason, we didn’t see eye-to-eye.

“By the end of his first year, I was out and he left. There were a lot of up-and-coming players trying to make their names in the game. 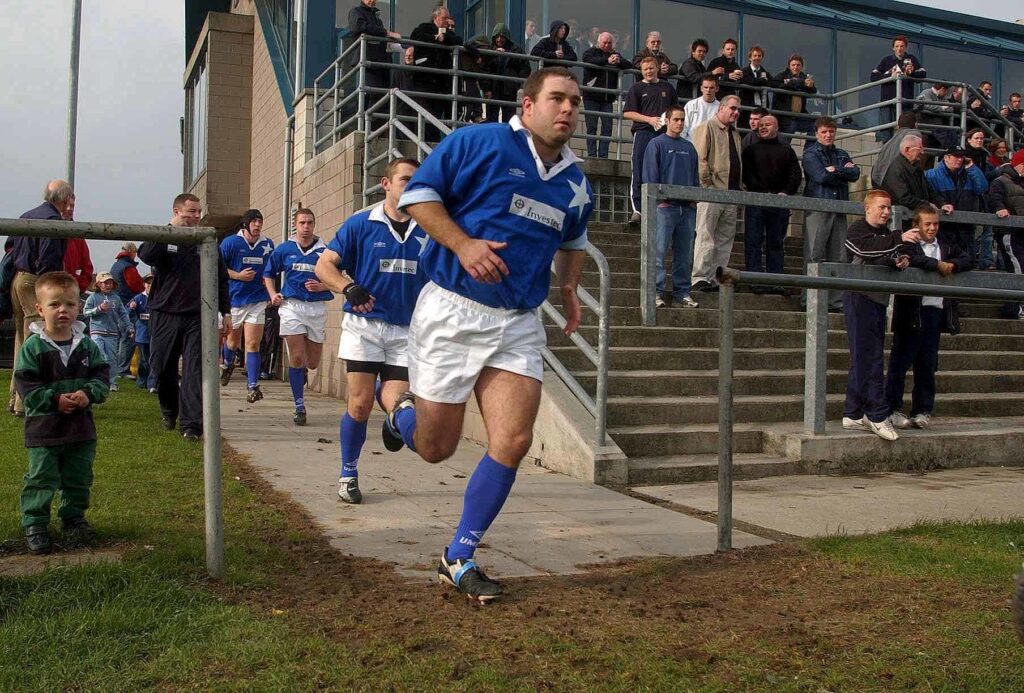 “Declan was always big on reminding us that Leinster was our home, the importance of being home. That resonated with us. It was where we came from, you know, Des Dillon, Brian O’Riordan, Niall Treston, James Norton, myself and others.

“In less than a year, he decided none of us would have our contracts renewed and, the same week, he said: ‘By the way, I am going back to my home in Munster.’

“It didn’t sit well with me. I made that known to the team, as a whole, to Paul McNaughton, the Team Manager, to Mick Dawson, the Chief Executive.

“In hindsight, it was my fault. I wasn’t mature enough to realise the opportunity I had. I look at the likes of Denis (Hickie), Brian O’Driscoll and Gordon D’Arcy, one-team players for their careers.

“It doesn’t work out that way for everyone, for most people. I don’t want to sound bitter. I am at peace with it now. I have been for years,” he adds.

“I was just too immature to understand the significance of a good opportunity. I certainly understand it now.”

That desire to prove Kidney wrong, to stay in the game, led to a barrage of emails – he didn’t want an agent – to “every club in Europe” and subsequent stints at Wasps, London Irish, Worcester Warriors and Leicester Tigers, winning a Premiership title in 2007.

The main life lesson learned from eight years in the professional game is based on what he did not do when he was back home at Leinster.

“Seize the opportunity,” I would say, “you are not guaranteed anything in this game. I am thrilled I have learned that lesson. It means the world to me.

“I still carry a quote from my good friend Shane Jennings, who always said: ‘The rugby pitch is a very honest place. You’ll get your rewards if you put in the work.’”

Jason Robinson effectively ended Hickie’s playing career, tearing his shoulder trying to make a tackle on the England wing in a Premiership game.

Advice from good friend Mike McDonald, the US Eagles prop, led to an opportunity to play in America. 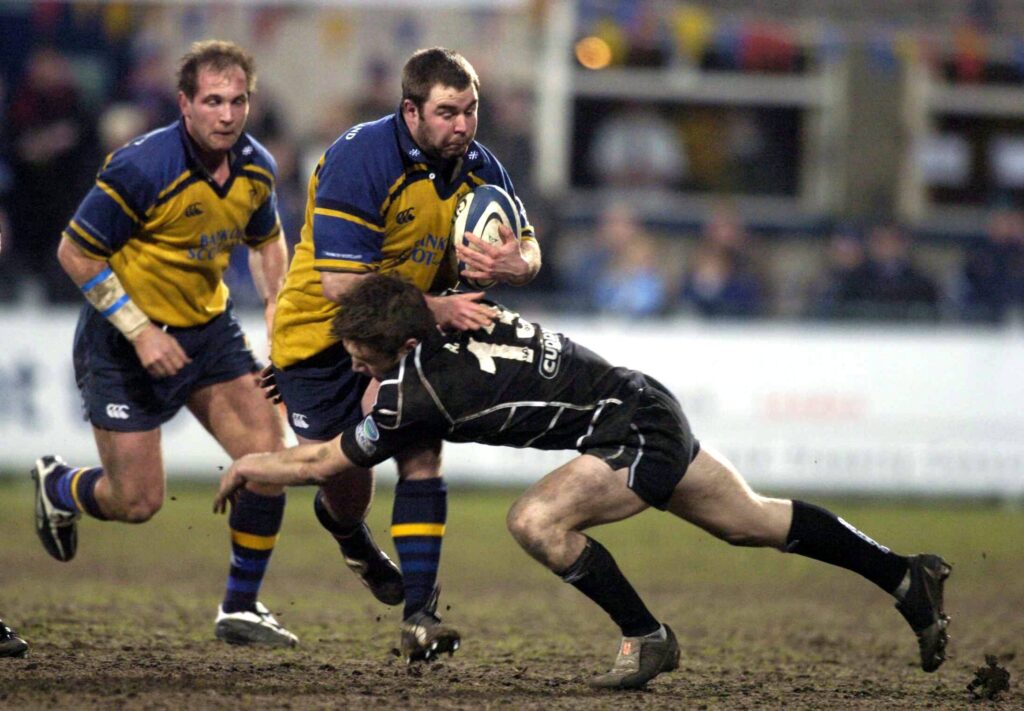 In 2008, Hickie went to California to play for three months with Belmont Shore and has never really come home.

In 2012, he moved from the west coast to become head coach at Dartmouth College in New Hampshire for five years.

Thereafter, the move to become the Director of Rugby at the United States Naval Academy in Annapolis, Maryland has changed Hickie’s perspective as a coach and as a man.

“Genuinely, it is the greatest job in the whole world. I love it so much,” he said.

“It has been a very steep learning curve coming from Ireland to California, then to an Ivy League Liberal Arts college and now to a military academy.

The three main military academies West Point in New York, the Air Force Academy in Colorado and the Naval Academy in Maryland are foundation pieces of the United States military machine.

“It is very difficult to get into all three Academies. You have to be an incredibly high academic achiever coming out of high school,” notes Hickie.

“You need a nomination from your congressional representative or a Vice-Presidential nomination. If you get in which is about an eight per cent acceptance rate, you get a very highly regarded education.

“The education is free education which, by American standards, is something very valuable, but in return, you owe at least five years to military service after you commission into the Fleet.”

From a pure rugby sense, this is the perfect breeding ground for players. The mindset is built around a dedication to discipline, physical fitness, taking orders and committing to a cause.

“There is a thing called the PRT, Physical Readiness Test. There are 4,500 Midshipmen here – that is what the students of the Naval Academy are called.

“Every semester, the Midshipmen have to run one-and-a-half miles in under 10-and-a-half minutes, they have to do a minimum number of push-ups and timed plank holds. Failing a PRT could see you separated from the Naval Academy.

“The basis of life at the Academy is physical fitness and expecting to win, two important things here.” 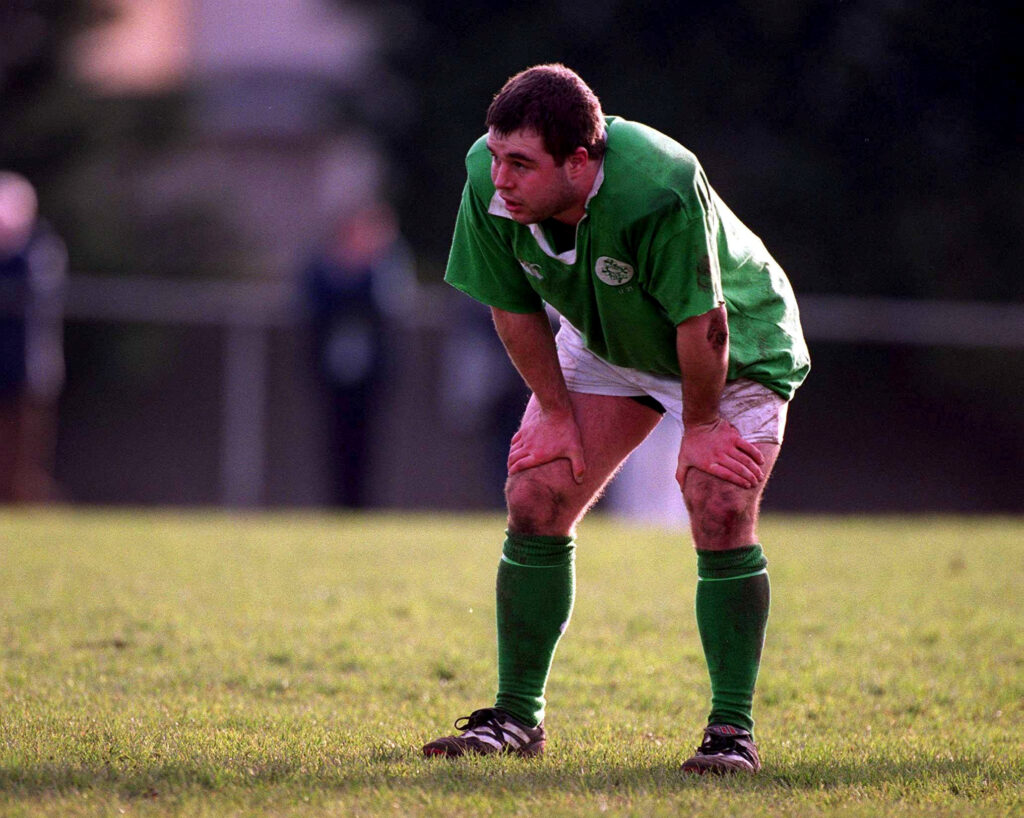 Training to be officers, the Midshipmen are contained within the walls of the Naval Academy, except for the few times per week they are granted liberty to leave the grounds of the “Yard”.

Their Commandant of the Midshipmen must know where they are at all times. Everyone within the Brigade must be accounted for.

“I loved my five years at Dartmouth. But, I would go to bed worrying about what was happening at the ‘frat house’,” says Gavin.

Right now, Hickie has 60 players on the men’s squad, cut down from the 130 try-outs. There are currently 85 women vying for 63 places on the main roster.

“On a personal level, it wasn’t that long ago, I had massive aspirations to coach at the highest level possible,” he states.

“I have been involved in almost all levels of US Rugby, Collegiate All-Americans, United States U-20s, U-23s and the Select (A) Side. I had a passion to create professional rugby players, get them to the international stage and, one day, work on that stage.

“I have changed in the last few years. I believe I have a higher calling, without sounding too cheesy, to try and create better leaders through rugby at the United States Naval Academy.

“These men and women are preparing to protect the United States of America,” he says.

“These men and women will go on to become Navy SEALs, Navy and Marine Corps pilots, Nuclear Submarine Specialists, Explosive Ordnance Disposal (bomb disposal experts), the best of the best.”

The desire to create a stable home environment for Jess and their two sons Fionn (three) and Cian (seven months) has also led to Hickie embracing the long-term view in Annapolis.

“I am blessed to be in the position I am in now. If I am still here in 20 years, I will be the happiest person in the world.

“I certainly see the significance of every day. It is a unique challenge and opportunity I have.”

And he is seizing it.