Where Are They Now? – Jason Harris-Wright 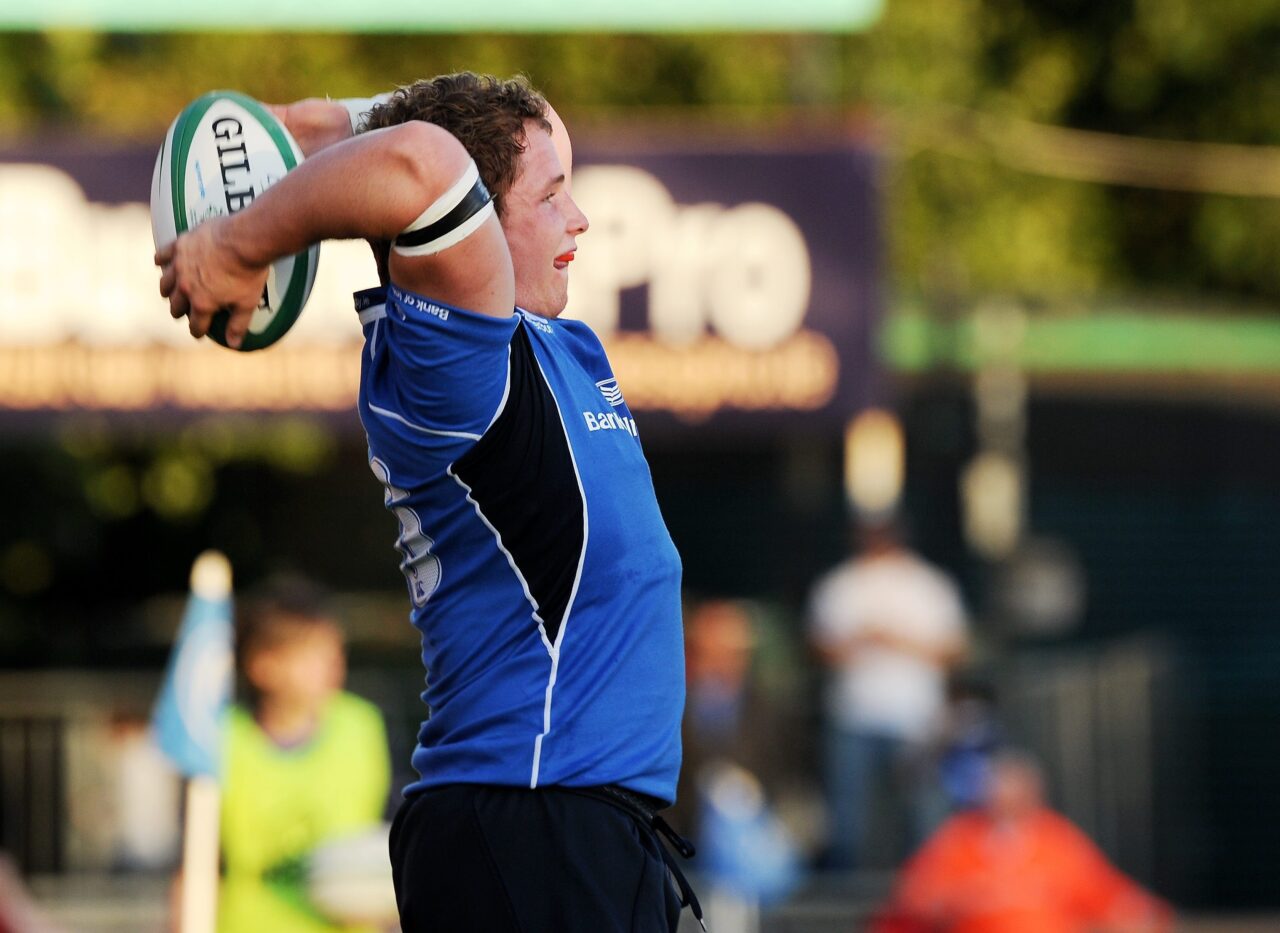 NOW: He lives in Carrickmines with his girlfriend and they are about to launch a new venture www.mypuppal.com, an outdoor doggy daycare business.

Jason Harris-Wright was both a beneficiary and a victim of circumstance in his time at Leinster Rugby.

Originally an explosive No 8 at Presentation College, Bray and Blackrock College, he was convinced to move into the front row by the advice of Leinster Academy duo Collie McEntee and Richie Murphy, his former coach at Pres Bray.

It was a matter of genetics really. The hooker stood 5′ 10″ tall, the measurables not conducive to playing professional rugby as a loose forward.

He swapped the freedom of the back row for the claustrophobic, surrounded on all sides nuance of scrummaging and the isolated life of a thrower.

“Initially, I was a bit reluctant, but Collie and Richie knew what they were talking about. It was a better chance for me to make it,” he says.

“I felt I could still bring my strengths of physicality and ball-carrying and try to add them to the basics of the position. It helped that, growing up, Keith Wood was an idol of mine.”

The process of learning the details of the front row always involves humiliation at the set-piece, known as ‘getting your wings’.

“Anyone who tells you they haven’t been through that is spoofing,” he says.

“There were plenty of days when we would have been preparing the first team scrum of, say, CJ van de Linde, Bernard Jackman and Stan Wright in the week of a game and we would be either going upwards or backwards.

“You learn the most from ‘getting your wings’ because it forces you to find out why it is happening and what you can try and do about it in future.” 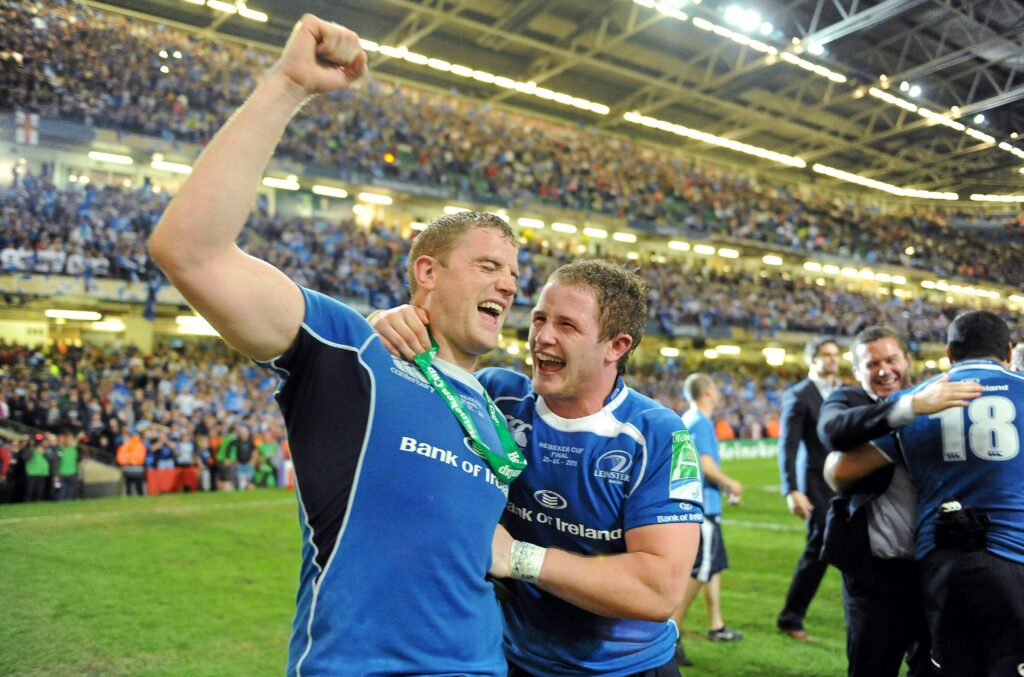 The throwing was a different challenge entirely where the hooker was taken out of the almost anonymous nature of the scrum and given a stage on which to fail or succeed in a very public, personal way.

“It was the lineout I was always more concerned about. It is so mental. It is something I am still very intrigued by, probably part of the reason I decided to do a masters in performance psychology.

“It is such a mental challenge. One of the main reasons you have a routine as a goal-kicker, a golfer, a lineout thrower is to take away pressure, to remove the crowd and any other outside influences.”

The transition from the back row to the front went very well. Jason stayed just one year in the Academy. In 2009, the second year meant a move up to a development contract, despite his inexperience in the position, earning a place beside Ian Madigan as the youngest members of an experienced squad that had just conquered Europe for the first time.

“I was there learning, trying to pick up as much as I could from the senior guys, like Bernard and Ronnie McCormack, making one appearance against Glasgow late in the season,” he says.

In 2010, Jason was the beneficiary of the misfortune of others. Jackman had just retired to offer an opening for a senior contract behind Richardt Strauss and John Fogarty.

Then, in an unexpected turn of events, Fogarty made the decision to bring his career to a close, leaving Jason as second-choice to Strauss. This was the foundation for 16 more caps that season, three from the start against Ospreys, an Irish interprovincial against Ulster and Italians Aironi.

In addition, there was Heineken Cup exposure against Racing 92 (twice), Saracens and in the final minutes of the 2011 Heineken Cup final against Northampton Saints.

A little known fact is Jason could have started the final. Strauss picked up a nasty rib injury against Ulster the week before and couldn’t train all week.

“I was preparing to start if Richardt didn’t pull through. It was pretty nerve-wracking, not knowing that week. Even 10 minutes into the game, he went down with the rib. I thought I was coming on. But, Richardt shook it off.

“If you had told me a year earlier, I would have been in that scenario, I wouldn’t have believed you.”

He also had an interesting perspective on the legendary half-time talk as Leinster trailed 22-6 to The Saints.

“The two main points I remember were, first, the scrum had come under immense pressure. Greg Feek put a plan in place which ended up being a huge part of the reason we came back.

“The tweak, without getting too technical, was that we needed to lower our body height at scrum time and try to block their tighthead (Brian) Mujati from shearing in between our loosehead and hooker and also try and stop them from popping our front row up in order for them to move the scrum forward, which, thankfully, in the end, made a big difference to the outcome. 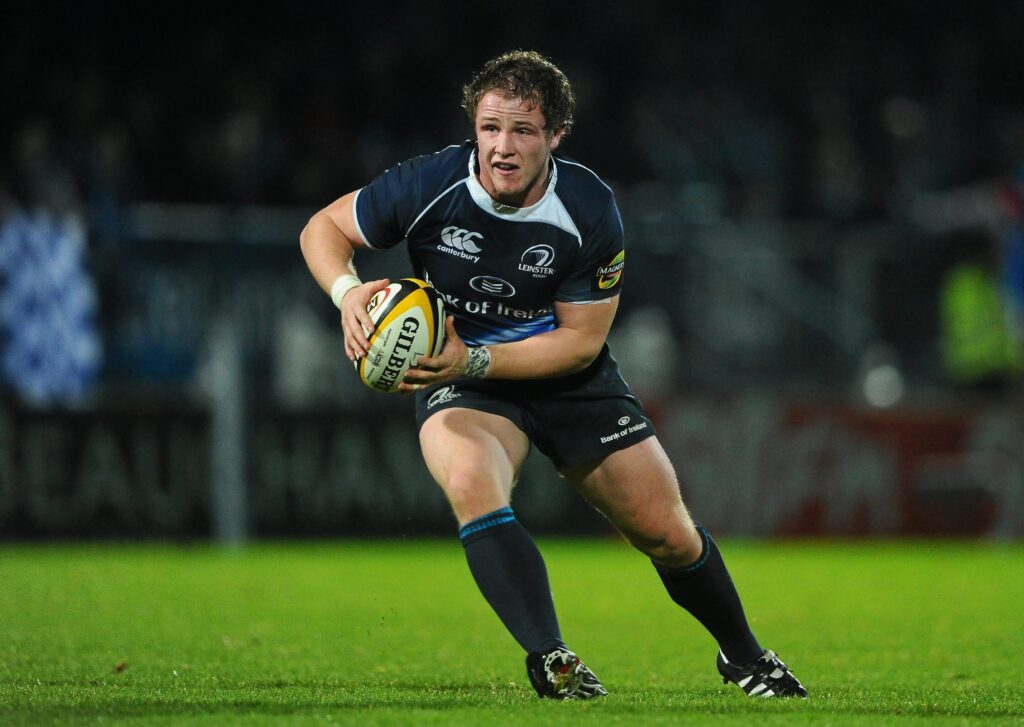 “Second, I do also remember how Johnny Sexton spoke really calmly, referencing how Liverpool had previously come back from 3-0 against AC Milan in the Champions League final, how we could do the same. And how we had to score first in the second half.”

In the aftermath, Jason felt it was just the start of a long career in blue even though the news had broken months before of the signing of Seán Cronin from Connacht.

A conversation with coach Joe Schmidt confirmed the impression that the right decision was to move on.

“That was disappointing for me. I wanted the challenge. But there was nothing I could do about it. I didn’t want to have the label as a Leinster Rugby player, but not play for Leinster,” Jason notes.

It all ended prematurely when the injuries started to pile up, a bad shoulder dislocation and torn cruciate ligament took away 18 months at Connacht and an unresolved meniscus issue in the other knee, requiring two operations, brought an end to it all.

“I never managed to get back from that knee injury, and after the second surgery, the surgeon told me that I, unfortunately would have to retire,” he shares.

A year in Houston to play in Major League Rugby turned into coaching for the season in the United States, an experience positive enough for Jason to continue when he came home.

He is an assistant, handling the forwards and the breakdown, for both Castleknock College’s SCT and Navan in Division 1B of the All-Ireland League.

He is also about to launch an outdoor doggy daycare business in April 2022, called ‘My Pup Pal’ with his girlfriend Niamh Kiely on a plot of land they recently purchased in the Dublin mountains, on the way to Roundwood.

The life of a professional coach might not be for him: “Never say never, but I don’t know if I have a burning desire to go into it, to be honest.

“I put everything into playing, sacrificed so much. Every decision I made was around whether it would affect my performance.

“It was all I thought about. It was my whole life. I don’t regret one minute of it. But, I have more balance in my life now.”