Where Are They Now?: Matthew D’Arcy 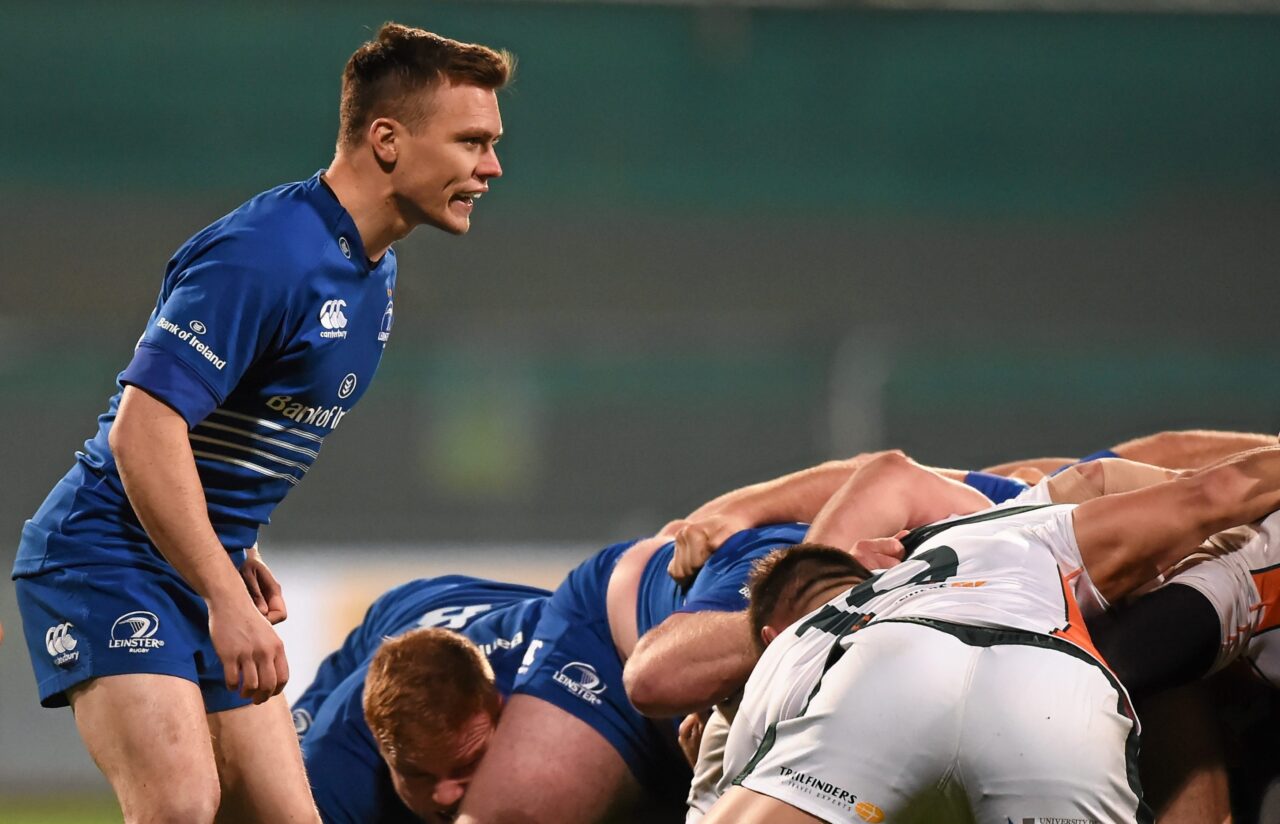 THEN: The St Mary’s College man joined the Leinster Academy in 2005 for three years without ever playing for his province.

NOW: Matthew works in Management Consulting for Accenture and is living in Foxrock with his family.

Matthew D’Arcy. Not the Clontarf one; the St Mary’s one. Not the centre; the scrum-half. It can be very easy to mix them up.

These are two men with two very different experiences. Matthew from St Mary’s’ story is all about turning disappointment into achievement, using what he learned in the professional game to underpin his career when those boots were removed for the final time.

Originally, he made his way from The High School to Trinity College, playing for Tony Smeeth for a couple of seasons. Upon moving into the first of his three years in the Leinster Academy (2005-08) an ambitious young out-half convinced him to make the move to St Mary’s College.

Jonathan Sexton’s career truly took off in the Heineken Cup semi-final in 2009. By this time, Matthew had left Leinster without playing for the first team.

“It was a different environment then to what it is now, at least looking from the outside-in.

“The organisation has evolved and there are more supports in place, like Rugby Players Ireland, providing the best opportunity for players to mature and develop,” recalls Matthew.

“In my time, Cheika was working so hard to break through the glass ceiling, in terms of Leinster’s reputation. He battened down the hatches and put his trust in experience.

“I have more ‘A’ caps than you could shake a stick at but I never managed to get a senior cap.”

The closest he came was New Year’s Eve 2006 when saddled with the expectation that he would appear from the bench against Munster.

“Guy Easterby was starting at nine. I remember in the run-up to the game Cheika called me in to let me know what he wanted from me.

“I still remember him saying, ‘I don’t give a f*ck if it’s Paul O’Connell running at you, you come off the line and you hit him’.

“That line always resonated with me how much he wanted us on the front foot and not backing down to Munster as perhaps had happened in the past and I was really ready to try to do that!”

On the bench, Matthew was taking it all in when veteran Ireland loosehead Reggie Corrigan came off temporarily.

“He came back to the bench and just said, ‘F*ck, that’s like an international game out there’. 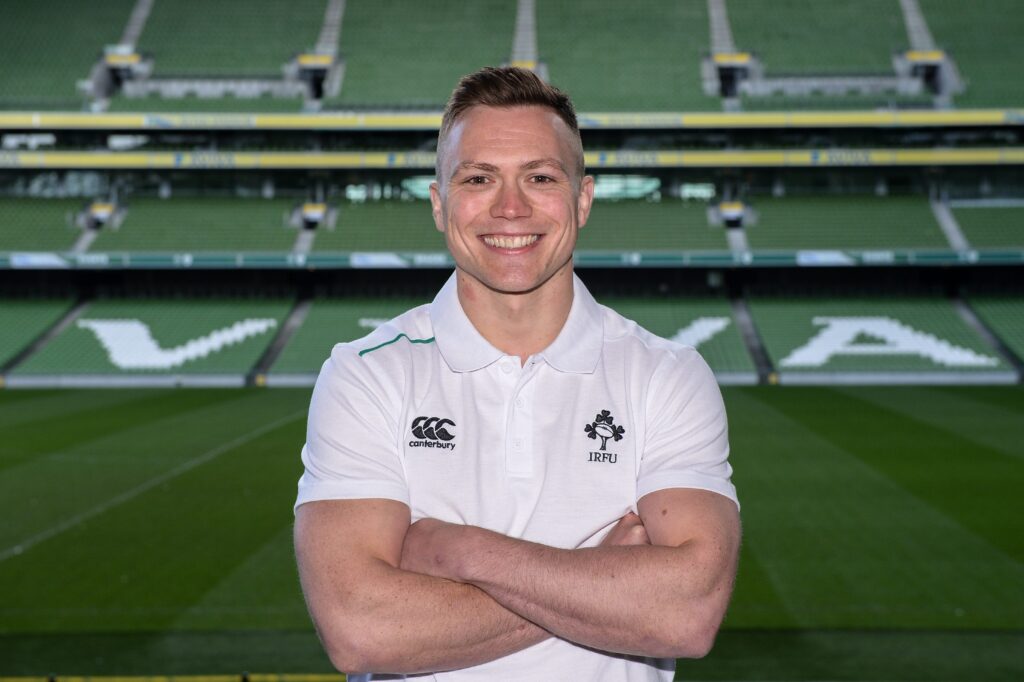 “I was sitting there, hearing this, thinking, ‘Oh my God, if I can get on, I can show what I can do at this level’. I was up and down, warming up with loads of nervous energy but I felt ready.

“At another stage, Guy went down with still about 20 minutes on the clock. I was like, ‘Yes, here we go, this is it’.

“My last thoughts were of my family in the crowd, I couldn’t wait to get out there. It was brilliant. I was about to find out what it was like to play in what was a serious competitive derby game.”

“But, Guy got up and I didn’t make it on at all. I ran to the dressing-room, grabbed my stuff, didn’t hang around. I just got out of there.

“Worse again, my grandad, Tom D’Arcy, who was an ex-President of the Leinster Branch came looking for me in the dressing room. But, I was gone. When he asked why I wasn’t there, I batted it away.

“That showed where my head was at. I was frustrated but also think I felt a bit like an imposter. I didn’t feel like I deserved to be there.

“Don’t get me wrong, I was still phenomenally determined to make that breakthrough and I felt I was quite close to making it but my approach was you can only really hang around if you have had an impact and, at that stage, I hadn’t yet.”

There was a final chance to win that elusive first cap in an end of season away game at Edinburgh. He travelled as the 24th man, but was never required to strip for the match.

Thereafter, the curse of injury to his shoulder, allied to the frustration at not making the progress he craved led to the fade of his challenge for senior game time.

“The environment now seems to help players along, give them more time to show what they can develop into.

“I certainly believe I could have made an impact but in that narrow window Cheika was looking at me, seeing me play, I don’t think I demonstrated what I needed to at that time.

“But I mean I represented Leinster Schools, 19s, 21s, ‘A’, played Ireland 19s, 21s, sevens. I won the AIL with St Mary’s in 2012. I even played professionally for Doncaster in the Championship in England for a season, so I have taken a huge amount from the game and am very proud of that.

“I also think it equipped me really well for my professional career. I have been in the corporate world for 10 years now and I have transferred a lot of what I learned as a professional rugby player.”

There was a season at the Doncaster Knights in the English Championship, making his debut in February 2009, three months before Sexton and Leinster finally crashed through that glass ceiling. 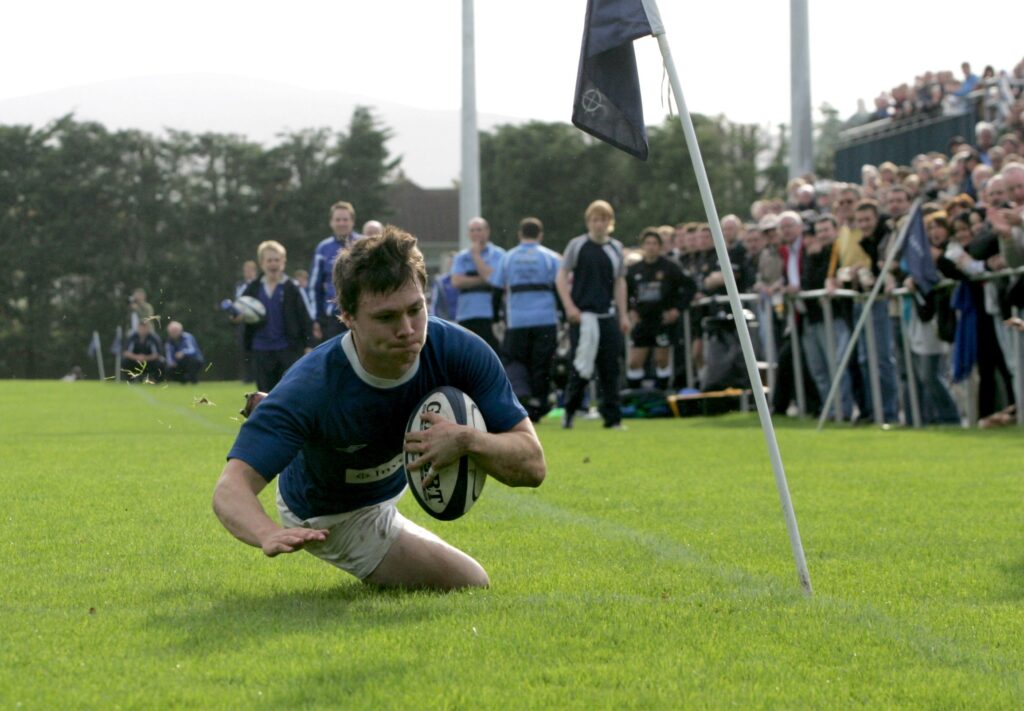 There was the offer and acceptance of a two-year contract extension and Matthew took it, only to change his mind by the end of the first year.

“I was looking to get into the proper working world, for want of a better phrase,” he says.

“From research, I felt the project-based work of Accenture would suit me as a regularly changing, competitive environment.

“I interviewed and was offered the job Christmas of that year with a start date in March of 2011. Jobs were few and far between back then and from memory Accenture were only taking in seven graduates that year. For context, we now take in up to 100 in a year.”

Then, out of the blue, Conor O’Shea, the Director of Rugby at Harlequins at the time, called to offer him a short-term contract.

“I felt I had given rugby a really good go, dedicated myself to it. There were no guarantees past the three months with ‘Quins. So, I politely turned Conor down.

“But overall the professional rugby environment gave me so much, it was like life on fast-forward, in terms of personal development and maturity.”

A decade in the corporate world has given D’Arcy enough time to reflect on what elements of being a professional rugby player are most transferable ‘on the outside’.

And there are many.

“Professional sport teaches you about being the best team player you can be,” says Matthew.

“The first thing you have to be is completely focused on yourself, constantly working on self-improvement, knowing your role and applying yourself to execute it as best you can.

“You need to prepare yourself to be at your best, for the sake of the team. That is how you help to elevate the team.

“The blocks in sport are weekly. You evaluate last week and apply ways to improve the next week. In the working world, it doesn’t move that fast. But, it can be every month you stop and reflect.

“That process of self-evaluation and self-improvement is something I learned very early in rugby.”

“The importance of relationships is paramount.

“Looking back now I don’t think I was mature enough to develop the relationships I needed to in my early-20s, those with coaches like Cheika and David Knox and also senior players in key positions.

“It is so important to build on them. It is your responsibility to do that. You have to own and control the key relationships you need and can’t expect people to know and understand you and how you operate at your best.

“That is something really applicable to the corporate world I am in. At any point, there are always three-to-five new clients or colleagues you need to build relationships with, in a natural way but taking the initiative to harvest and let them get to know you and you them.”

“Cheika was really trying hard to change the Leinster environment at the time so I was really close to someone using their own force of personality to change an environment. He was ruthless.

“Now, I am often involved in changing teams. Can’t say I do it in the way Chieka did but it is something that requires work and requires you to bring your personality to creating the environment you want.

“As the environment you create with the team is so important, how often you talk, how to push for continuous improvement and success and how you engage with each other – often this takes a lot of work and isn’t something you can just expect to happen naturally.

“In my experience that doesn’t lead to the best outcomes.” 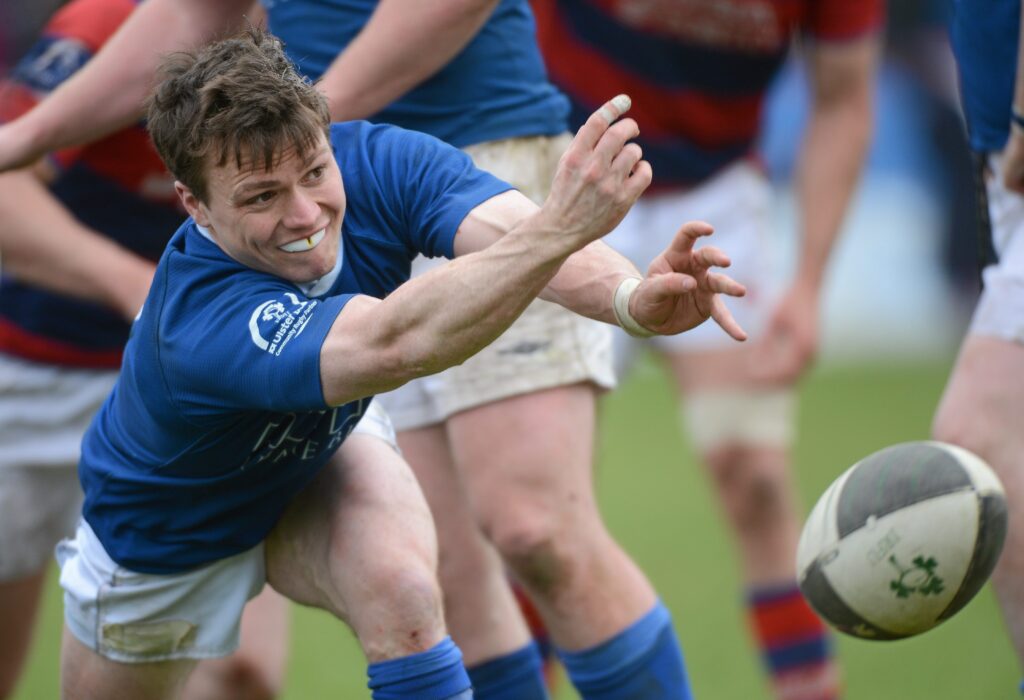 “Dealing with disappointments is an absolute inevitability of life, of career and non-career life.

“You have to deal with them, not push them to one side. You need to acknowledge them, work through them, put in place a plan to get back on track.

“In rugby, you didn’t get picked, you lost a game, you suffered an injury, all those things happen on the regular and so you had to learn quickly how to best pick yourself back up, do something about it, and apply yourself differently.

“It can help to equip you with the resilience you need.”

“Another area which I feel has really benefited me is trusting your instinct.

“The 80 minutes of a game moves at breakneck speed. For instance, when running to a ruck, you don’t have the time to stop, think, write down the three key factors in making a decision.

“You get there. You’ve seen something and you trust your instinct to take a gap or see a pass. You go for it. It works out or it doesn’t.

“In the working world, you make small and even big decisions all the time. Sometimes, you don’t need to sit and think about every factor and evaluate it.

“Sometimes, the most effective thing you can do is follow your gut, your instinct. At times, I feel going with my instinct has really paid off in my career.”

“I think Covid and taking away commuting and being present in office spaces has really amplified how you get the best out of yourself.

“Rugby is a physical environment where you have to maximise yourself to play the game. You also need to balance your load, rest and recover.

“I think it is more balanced to ensure application and focus when you work coupled with the right recovery.

“So I am applying myself in blocks of work, but then doing something different, taking a break, reading, going for a walk and ensuring full recovery between days.

“From my years in rugby, this is ingrained in me and I have managed over the years to ensure my working routine is aligned to this now too.”

Ten years on, D’Arcy holds no regrets on his decision to leave the game. He took a long-term view over what would have been a short-sighted opportunity.

“I am really happy now in my life and in my career,” he stresses, “and my time at Leinster really helped me and were formative years for me to get where I am.”