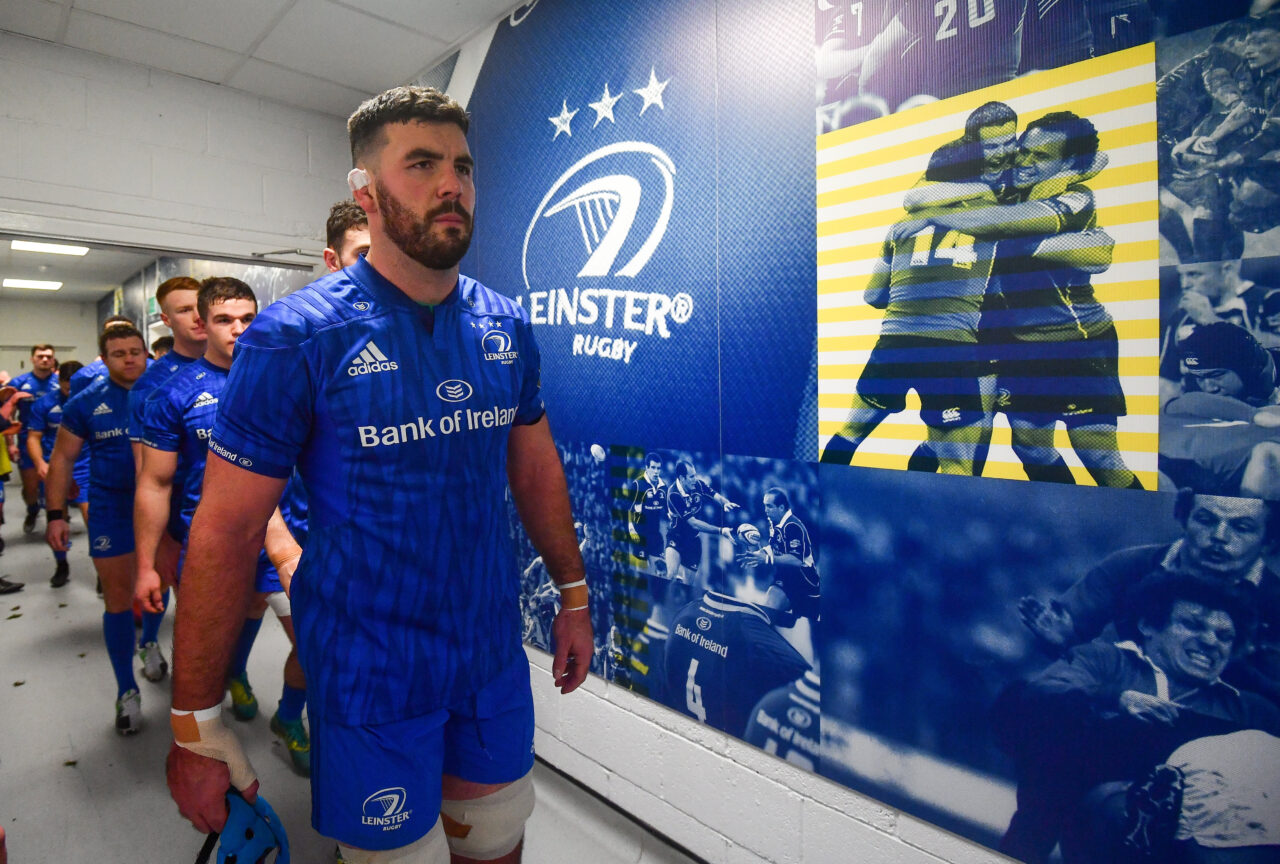 NOW – He lives with his partner Emma and their baby son Jack in Balgriffin, on the northside of Dublin working as an account executive for YuLife.

Dreams really did come true in the Kearney house.

Niall (34) and little brother Mick (31) both made it into the ruthless business of professional sport.

“I landed on rugby and Niall landed on golf and I have to say Niall has come out of it looking better,” he laughs.

“We were pretty lucky in the environment we grew up in. Dad set up his own business Celuplast building suppliers and has worked hard at it for the last 35 years.

“I like to think we followed his lead, in terms of work rate and trying to achieve something.”

Mick cites Niall as someone who consistently inspired him, turning professional in 2009, the year he played Walker Cup for Great Britain & Ireland, going on to secure a European Tour card and winning the Irish PGA Championship in 2014 and 2015.

He followed suit in 2011: “I wasn’t able to hold a candle to yer man on the golf course. He was really focused and had a better temperament for it than me,” says Mick.

“If I hit a bad shot, I would be holding onto it for the next four or five holes. There would be golf balls flying in every direction.”

He had to learn to curb that tendency in rugby where a goldfish’s memory for mistakes is vital. The focus has to be on the next ball, not the last one.

“That has never been truer than in the professional game now where the ‘next job’ mentality means you have to put aside what has just happened.”

“To be honest, going to a non-rugby playing school was great for me. I have no issue saying that I was driven by a bit of an inferiority complex,” he says.

“It was a big driver for me throughout my school years. I had to give it my best from the clubs’ route, which was maybe seen as the road less travelled at the time. 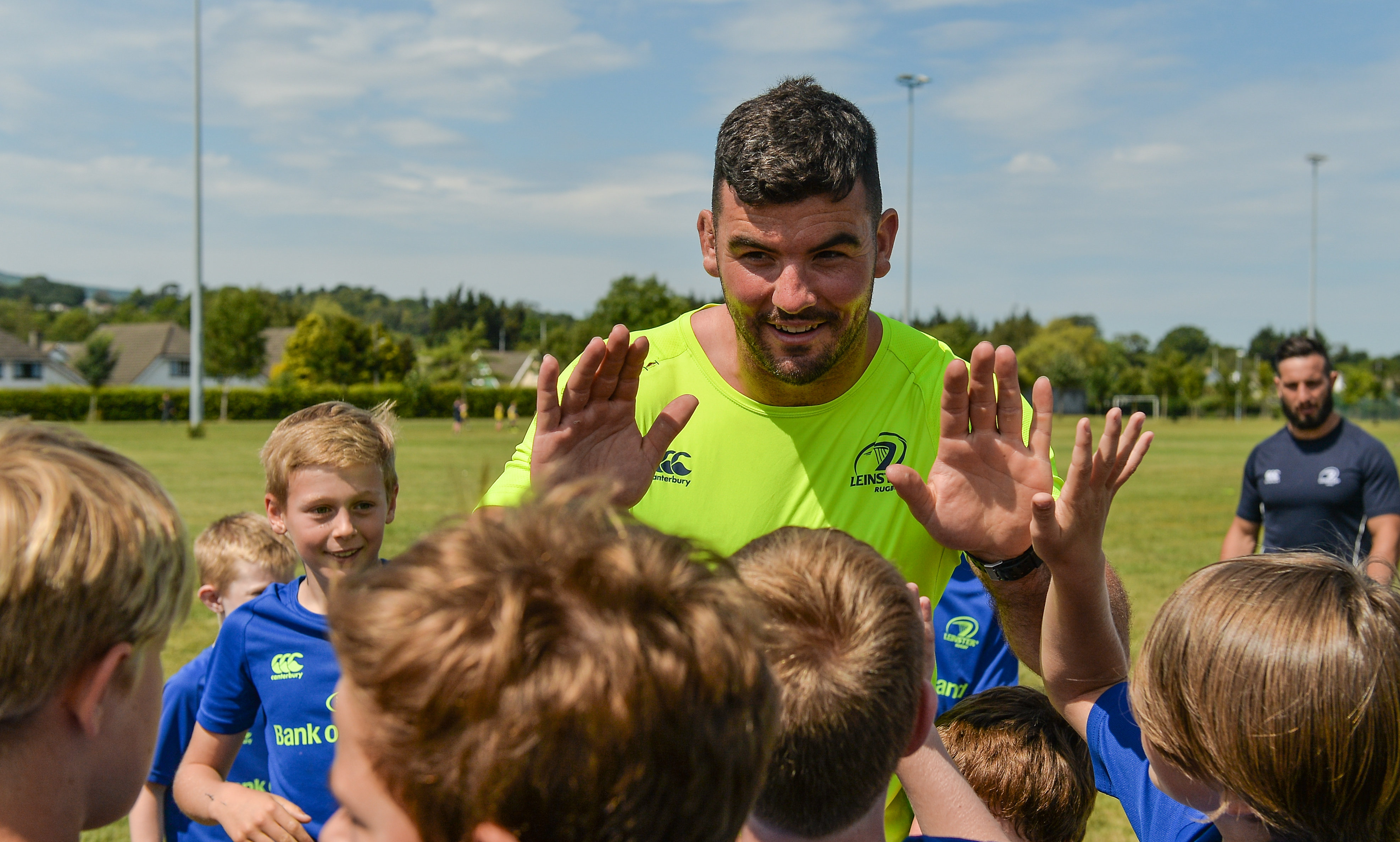 In 2011, Leinster wanted to wait and see how Mick got on at the U20 World Cup before making a decision on his future.

He was invited to Connacht where Eric Elwood, Nigel Carolan and Dan McFarland put their case and Elwood offered a contract. There was a catch. It had to be signed within two weeks.

“I just felt I needed to take the opportunity Connacht had guaranteed me, and I’m very grateful to them for it because I firmly believe that I wouldn’t have had the career I had, without it,” he says.

“In hindsight, it was the best thing I have ever done. I believe that. They gave me proper exposure to professional games, which I’m not sure I would have gotten, even if there had been an opportunity in the academy in Leinster.”

Four years on, Mick had gratefully gathered up 68 caps for Connacht. A chat with Matt O’Connor, Leo Cullen and Guy Easterby and a conversation with his family convinced him the time was right to live out his childhood dream.

He wasn’t disappointed: “It was an unbelievable environment.

“However, I ruptured my plantar plate, a ligament underneath the big toe, playing for Connacht against Munster in Thomond Park. 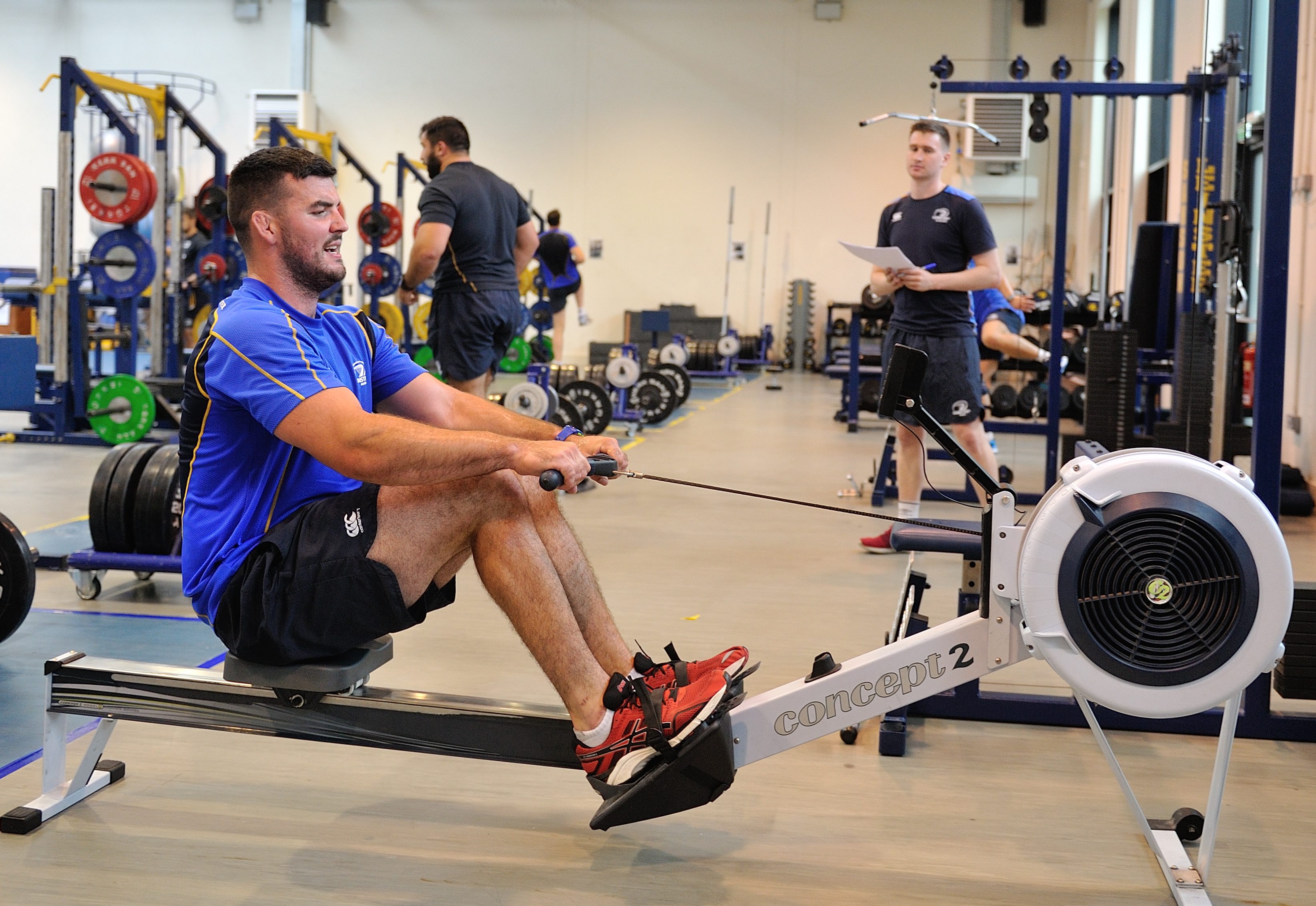 “When I arrived at Leinster, I could only really show my professionalism around my rehab and my work ethic. I felt the only way I could endear myself to the lads was through keeping my head down and showing a positive attitude.”

After six months of rehab, he finally played a game for Clontarf and promptly reinjured the ligament.

It led to some darkly humorous moments, chatting to people on the street.

“It’s just your big toe, is it? Would you not just get on with it.”

In February 2016, he was eventually able to get back into match shape, making his Leinster debut away to Cardiff in a horrendous snowstorm.

“As a kid, I had dreamt of that moment. To finally get to do it was unreal,” he recalls.

“Jack Conan, myself and Ed Byrne had gone through some dark days together rehabbing injuries. It was nice to sit with Jack in a winning dressing room, savouring the moment, and knowing that it wouldn’t be long before Ed returned.

“Everyone is so invested in it. That is the beauty of Leinster, I suppose, in that there are very few clubs like it around the world where 95% of the squad is homegrown.

“It is a huge point of difference from the club,” Mick stresses. 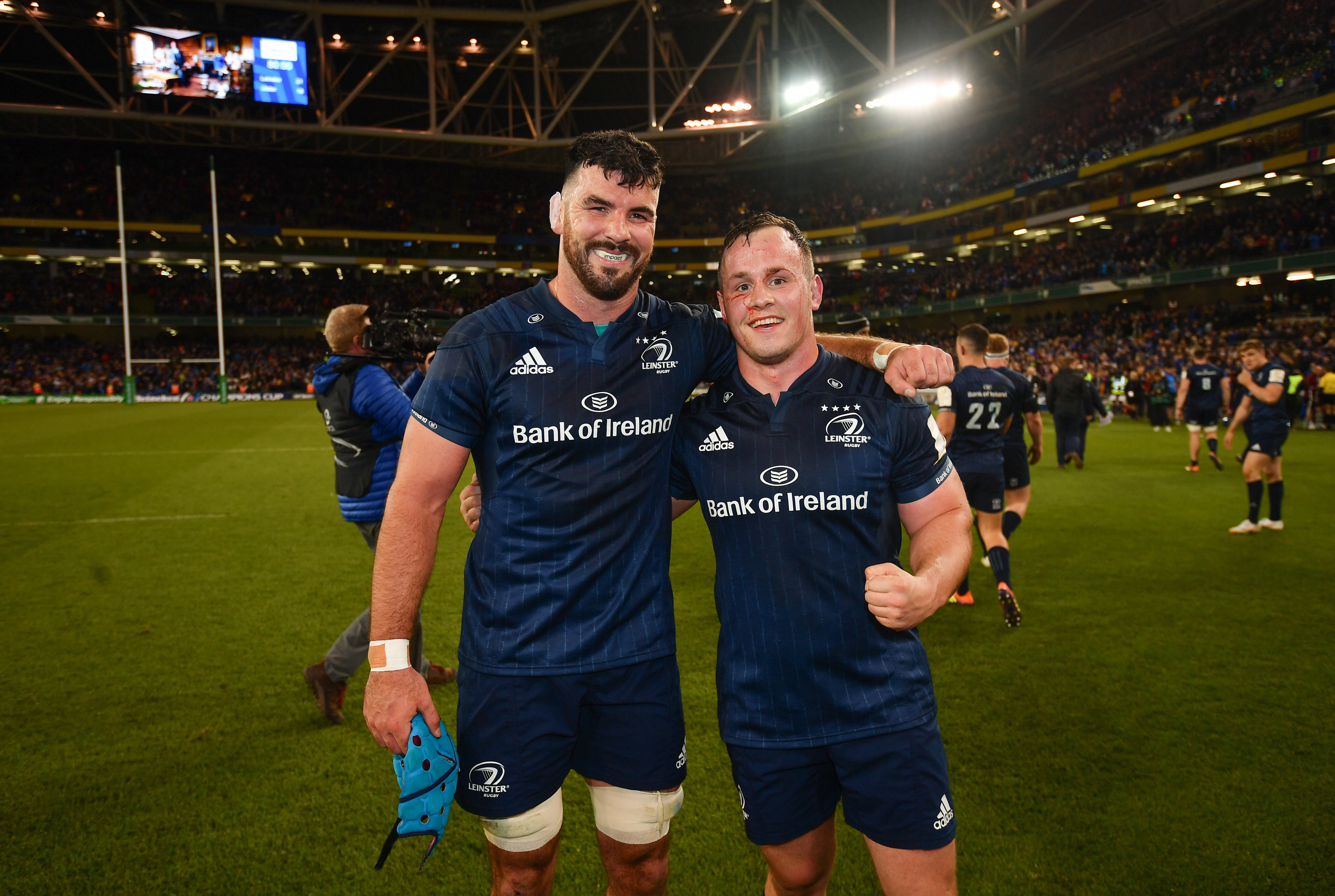 “The highlight of my time at Leinster was coming on in the quarter-final of the Champions Cup against Ulster in 2019.

“There were 25 minutes left in the game. The Aviva was heaving. The adrenalin was pumping. I managed to come on and put in a decent performance, with my family in the stands.

“Off the back of a couple of seasons in which I struggled for form, had the toe injury twice and had both shoulders operated on, not to use those injuries as an excuse, it was something special to share in a win like that, with that group of lads. It was also my 50th cap. Which made it all the more special.”

The 51st and final cap arrived against Treviso where a dislocated shoulder ended his time at Leinster.

“I am a firm believer that the quickest way to the mind is through the body,” he declares.

“When I was struggling, I would make my way to the gym to horse into a session. That was my way of dealing with disappointment when things weren’t going my way.

“I’ve no regrets, but if I had my time again, I’d probably try and adopt a more balanced coping mechanism.

“I’d ask any young players who are taking a similar approach, to put that energy into endeavours away from the game.”

Two seasons at Zebre provided a better “perspective” on rugby and life, and also how the Irish system has put the provinces and Ireland in an incredible position to succeed.

“I was away on holiday with my girlfriend Emma when Dan McFarland’s name came up on my phone,” he says.

“I immediately presumed he had either meant to call Mick Kearney, the ex-Ireland Team Manager, or just sat on his phone.

“Thankfully, it was neither. Ulster had one fit second row and Dan offered me a three-month deal.

“It is funny. When you think you are finished, and you get one last chance, it gives you a totally different perspective. It was one of the most enjoyable years of my career.

“You are not thinking, I need to do well today to earn a new contract. You want to do well because you know that you’re days in a professional environment are numbered. 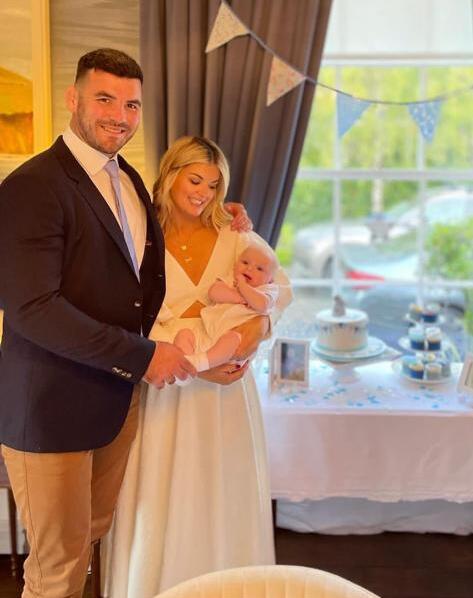 “They are a great group of lads up there. Like all good rugby teams, they are made up of good people.

“I was very keen to play for a club where everyone was pushing in the same direction,” he states.

“It was just nice to go somewhere and be involved in a winning team and be around people single-minded in their focus on preparation and playing.”

On July 4th, his partner Emma gave birth to baby Jack, leading Mick to understand how sleep deprivation is used as a form of torture.

He has just started a new position as an account executive for YuLife, a life insurance provider-cum-wellbeing platform, designed to improve the lives of its policyholders, not just monetise them.

The transition away from rugby has been smoothed by the memories and friendships he carries into the next chapter of his life.