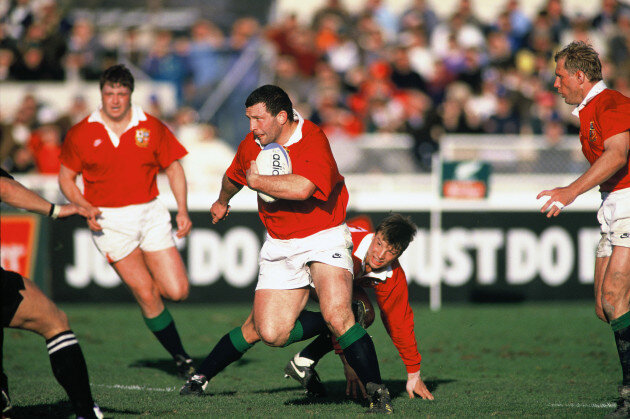 THEN – Nick Popplewell played for Leinster for 10 years (1987-1997) on the way to 48 Ireland caps and three for the British and Irish Lions.

NOW – He lives in Wexford with his wife Rachel, has three children Sophie (25), Rebecca (23) and Ben (20) and works as an auctioneer for Sherry Fitzgerald Radford.

“I was a sweeper where the philosophy was the ball could pass you, the player could pass you. But they couldn’t both pass you at the same time,” he says.

This ‘thou shall not pass’ attitude translated perfectly to rugby where Popplewell was something of a late bloomer, rising from representing Munster B Schools at Newtown in Waterford in 1982 to playing for Gorey, Greystones, Leinster and Ireland.

At least, this was the Irish tributary of a journey that took in English clubs Wasps and Newcastle Falcons as well as three test starts for the 1993 Lions in New Zealand.

Back then, of course, Leinster was about as far from where it is now as the earth is from the sun.

A long apprenticeship in the dark arts of the front row meant meetings with the likes of Kilkenny’s Ned Byrne for Gorey at the Junior level and Lansdowne’s Des Fitzgerald in the All-Ireland League marked his ascension.

“The second match I played for Greystones was against Lansdowne where I was, as they say, ‘seagulling’ against Des, the Ireland tighthead prop at the time.

“In fairness, after that match, Des came into the changing room and we met in the bar afterwards.

“I said: ‘Thanks, my feet literally didn’t touch the ground.’

The Dublin dentist, a legendary lifelong guru of the scrum, was able to impart his wisdom to a young man eager to make headway in the game.

“I went up to Roly’s house in Donnybrook where I did scrummaging sessions with his wife Heather.

“You couldn’t write it as a comedy script. Can you imagine it? He would have me locking down with Heather in the garden.

“He would tell me where I was going wrong, what I should do with my feet, technical issues that had to be sorted out.”

As Leinster legend Phil Orr moved into retirement in 1987, the late great Ken Ging was the man on the other end of the landline, inviting Nick back from a year in Australia to battle for his Leinster shirt.

“My father used to be involved in Point-to-Pointing. He always had a few spare lead weights around at home that he had to put in the saddle for the races. 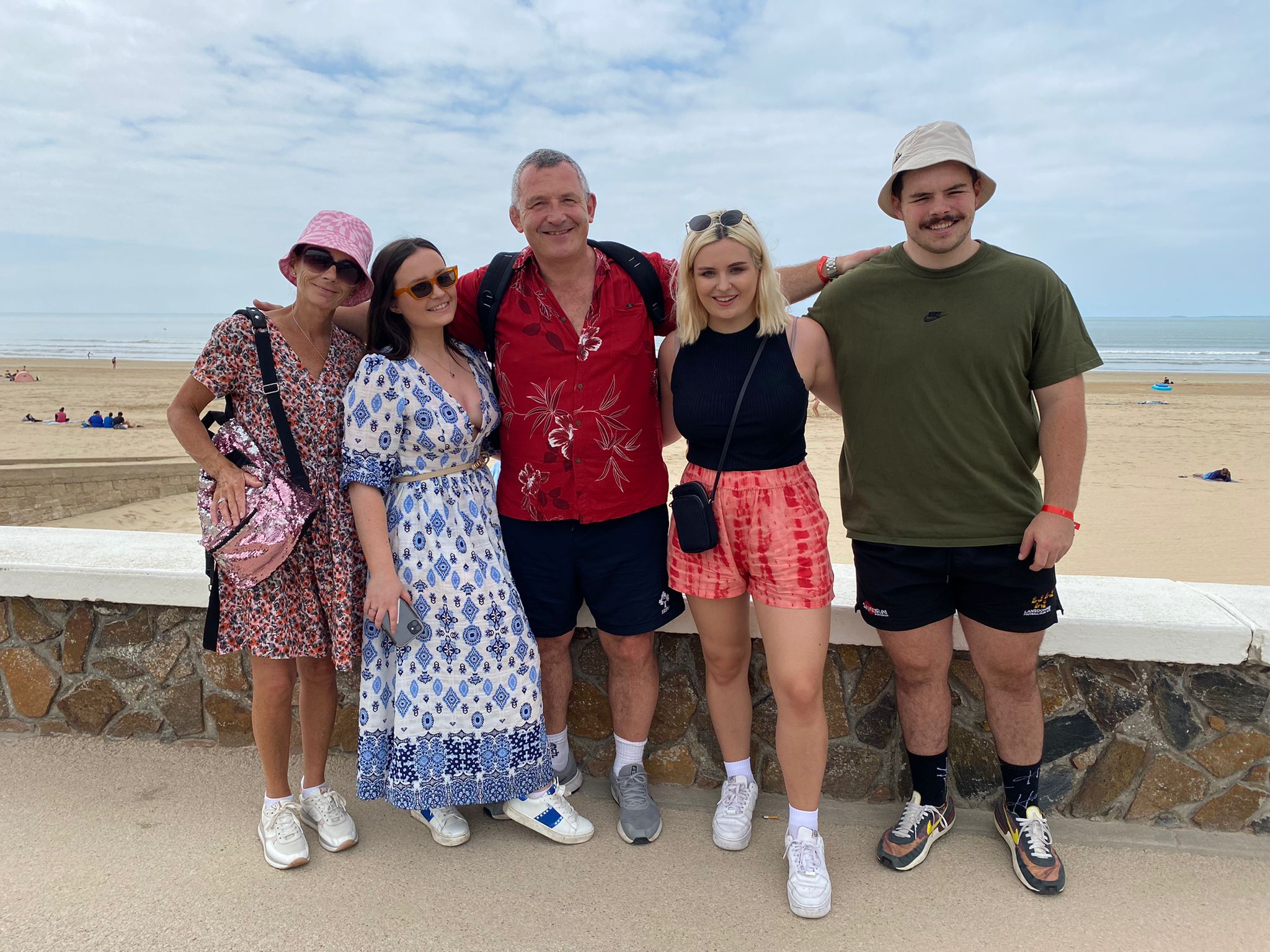 “I was only 106kg when I first arrived into Leinster. We had to weigh ourselves at the beginning of every year. I remember putting in a couple of lead weights in my pocket at the first weigh-in, just to push it up to 108kg.

“The memories of my playing days with Leinster are vague, to be honest,” he admits.

“The culture was everyone enjoyed a pint and a few enjoyed a cigarette as well. We would have trained hard and, I suppose, you would say we would have played hard.”

The outsider came in blind to the standards set and immune to the reputations of those ahead of him.

“I don’t know if it was arrogance or confidence, but I wasn’t intimidated. I had nothing to lose,” he says.

“This was back when Ulster was completely dominant. We never beat them. We always beat Munster at Donnybrook and always lost to them away when I had to deal with John ‘Paco’ Fitzgerald. I also remember losing to Connacht twice where Tom Clancy was my personal challenge.”

Once Nick moved beyond fighting for air at Leinster – he even captained for one season – to be a ‘bona fide’ first-choice Ireland prop, the significance of the province began to wane.

“My main memories of Leinster are of the beginning rather than the end,” he declares.

“You looked forward to the pre-season mini-tours for the fun you would have. I’m not sure which year it was when we went to Bath or Bristol one year. The selectors were Ken Ging, Malachy McEvoy, Ned Thornton, Mick Cuddy and Eric Campbell.

“In one game, we had a lineout near halfway. I took a look up and the five of them were asleep in the stand. It was unpaid leave for the players and selectors back then, so we all enjoyed the late hours.

“Having said that, I learned a huge amount about propping from Dessie. He was at the peak of his powers when I came into Leinster. There was a vast amount of information and learning to be derived from him.

“In those early days, I had Jim Glennon behind me in the second row. It was like scrummaging in an armchair. He was such a big man with the widest shoulders. You were never going to go backwards.

“You were either going to go forward or you were going to go up. If you went up, it only happened once because you were crucified by Des or Jim. You could say, I was well-minded.”

All the while, Leinster was little more than a stop off on the way to his destination.

“Like every rugby-playing kid then, if I had a dream it was to play for Ireland, not Leinster,” he declares.

“At that stage, if you were aspiring to play international rugby, the pathway was through the province, trying to shine in those derbies, culminating in an Irish trial based on what happened in those games.

“Leinster wasn’t the be-all and end-all. It was an avenue to test yourself at the next level. The Interpros became a way of ticking off players ahead of me in the pecking order, men like Tom Clancy and ‘Paco’ Fitzgerald.”

In fact, the glamour lay with the All-Ireland League where great rivalries were stoked on a weekly basis.

“Tactics back then were slightly different. I remember Greystones went down to play Young Munster in a crucial All-Ireland League match.

“We went there the night before to let the young fellas on the team soak in the atmosphere. There were three fire brigades putting water on the pitch and they narrowed the pitch by five metres. No better tactic than that. It was an epic three-all.”

“Really, your club was Greystones. It wasn’t Leinster. It was a ‘Brucey bonus’ on the avenue to playing for Ireland. It was a process that took up six weeks of the year. The window for the Interpros was tight. The club was the priority.”

When the game turned professional in 1996, Nick was already in London playing for Wasps.

“I was the first to go. I would have made more money if I was the last to go,” he laughs.

“I left Greystones in 1995 to move to London to play for Wasps, but not as a professional. I had an office job in the city.

“At Wasps, I met Dean Ryan, Rob Andrew and Steven Bates, all England internationals. When Rob left for Newcastle Falcons, he called me and I became a professional for three seasons. 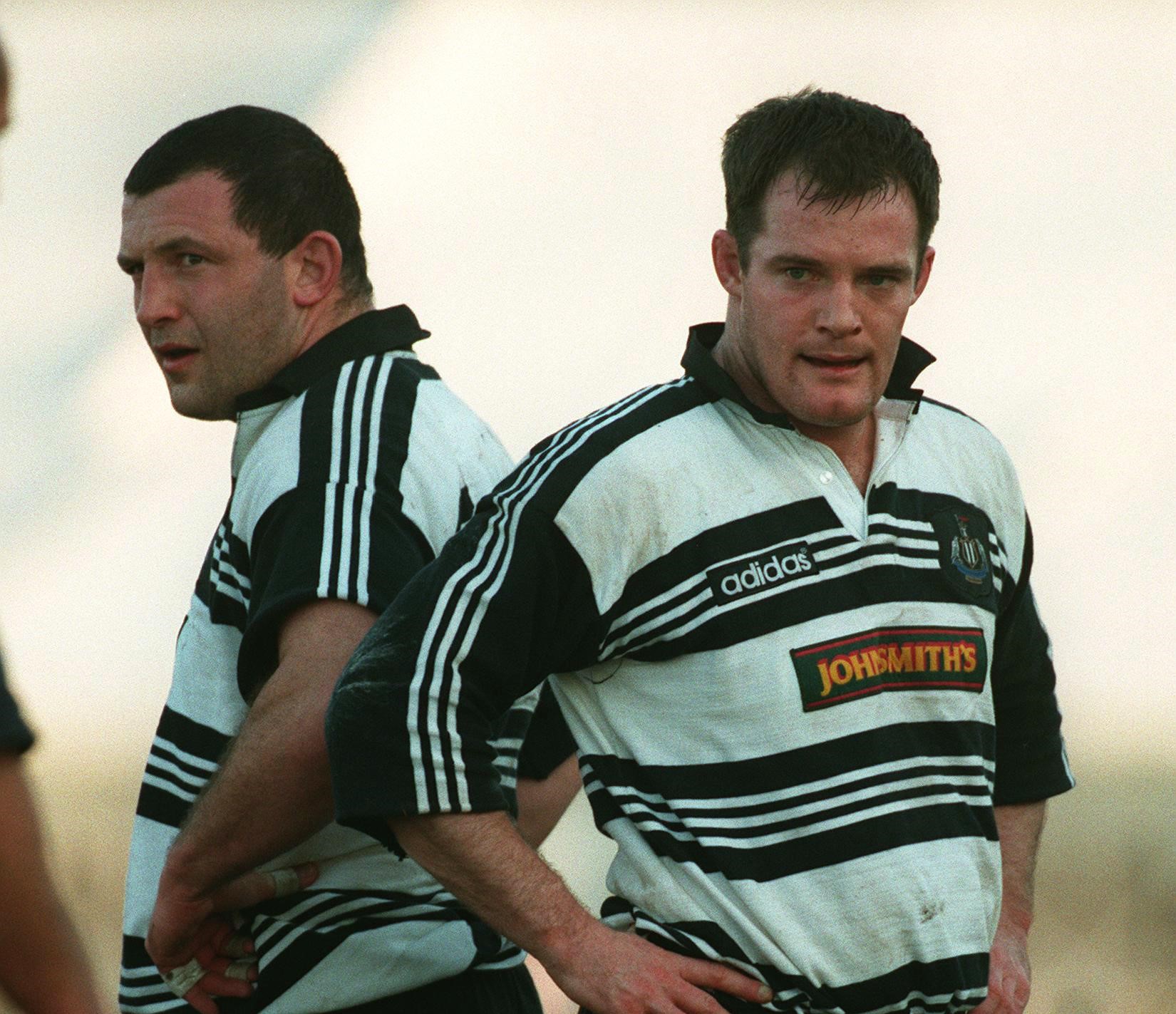 “Work and career were never a priority for me. I am not hugely motivated by money. As long as I had enough to live on, I was happy to follow my instincts.”

Those instincts eventually took Nick back to Wexford where he settled down with his wife Rachel and raised his family.

You sense he wouldn’t change a thing.