Where Are They Now?: Paul O’Donohoe 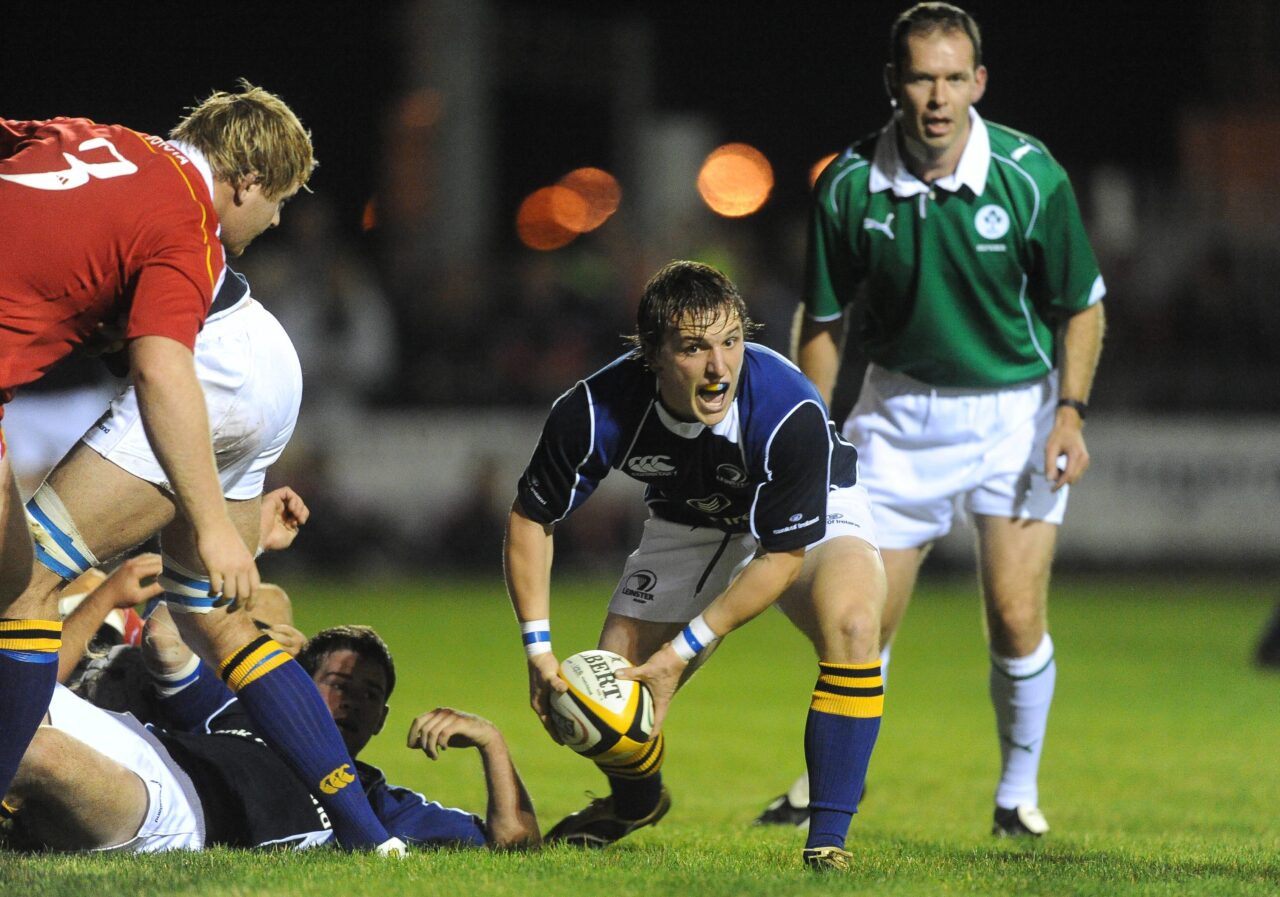 THEN: Clontarf scrum-half Paul O’Donohoe made 18 appearances for Leinster in three seasons from 2009 to 2011.

NOW: Paul lives and works in London as the Executive Vice-Chairman at Joe Media.

The greatest day in the history of Leinster Rugby didn’t turn out too great for Paul O’Donohoe.

The Leicester Tigers had just been declawed, the ‘Holy Grail’ that was the Heineken Cup captured for the first time in 2009.

The 21-year-old had spent the whole occasion in his suit, taking in more than the sun.

Nigel Owens’ final whistle was the signal for a riotous celebration, part outpouring of buttoned-up emotion, part relief to have finally turned promise into achievement.

There in the middle of the party was O’Donohoe, the rookie scrum-half behind Chris Whittaker and Chris Keane.

Two years later, he was on his way west to Connacht after just three seasons, seven starts and 18 caps.

The seeds for his migration were sown, in some part, later into that ground-breaking evening when the entertainer inside of O’Donohoe landed him on the wrong side of coach Michael Cheika.

He takes up the story: “Everyone was on cloud nine. I thought I was Floyd Mayweather walking around Edinburgh in the suit.

“We went from the stadium to the bus to the airport. By the time we got on the plane, we were all flying,” he laughs.

“I was down the back in 39F. I had been doing an impression of Cheiks in the dressing room all year. The lads at the front of the plane started chanting ‘Paulie for Cheika! Paulie for Cheika!.’

“I was afraid of my life of Cheiks, so I kept my head down. There was no chance of me getting up to do it,” he adds.

“Next thing, another chorus goes up ‘Paulie for Cheika!’ I keep quiet. Then, Felipe Contepomi comes down: “Paulie, come on! Get up there!”

“It was getting to the point where it would look worse if I wasn’t to do it. I got up and got on the mic.

“How are ya? How f**kin’ good was that today, aye! They thought we were a pack of soft clowns. Well, we went hard enough today, aye!”

It all built up to a crescendo, nailing down the in-your-face monologue. O’Donohoe was greeted with uproarious cheers. He was high-fiving everyone as he started back down the aisle.

“On the way, I see Cheika sitting in Row 5. He looks up and just says, ‘You’re going to regret that, you little s**t!”

“I sat back down, my tail between my legs, quiet as a mouse for the rest of the flight.”

O’Donohoe’s perspective on Leinster is framed around coming into the province in the middle of Cheika’s drive to turn the province into European champions.

“It was a funny time. I, literally, just got into the senior squad when there was the star trio of (Denis) Hickie, (Shane) Horgan and (Brian) O’Driscoll and the perceived under-performers underneath them.

“It was the ‘Ladyboys’ time in the words of Neil Francis, you know, ‘these boys don’t count’. They don’t matter.

“To be fair, culturally, it wasn’t that professional. There was midweek drinking, all sorts going on.

“Cheiks wasn’t technically the best coach. What he was very strong at was getting good people around him and, culturally, you needed his abrasive character to really turn the tide.

“It was ugly at times. There were some tricky days and weeks and months of tension as change brought with it a cantankerous vibe around the place. It was key. It had to happen.”

“There was definitely an element of ‘he had his favourites’ and they were treated a certain way. It was a smart play by him because he needed allies to drive the seismic change that was needed.

“He wasn’t going to take on the whole squad by himself. He needed strong support from players of international ilk.”

O’Donohoe was not long for a life in blue, even though his three seasons did bridge the handover from Cheika to Joe Schmidt.

“Joe couldn’t have done the job he did without Cheiks doing the job he had in cleaning up the stable.

“This left Joe to sprinkle on the fairy-dust and detail,” says Paul. 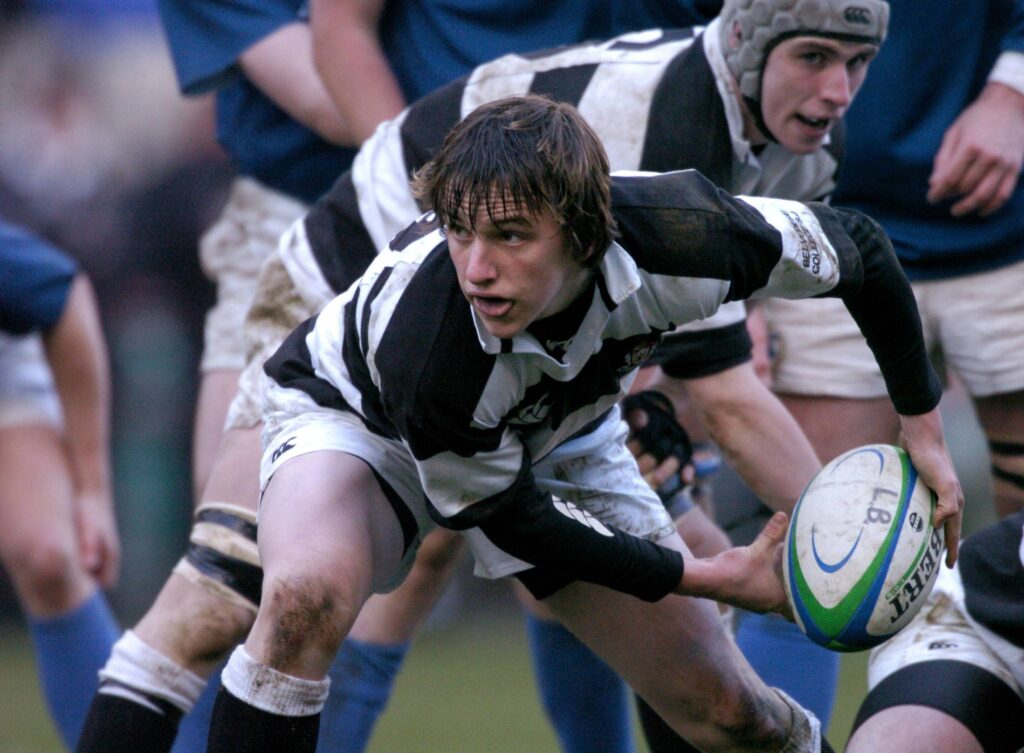 “Joe was phenomenal. I remember the technical detail he went into around video review.”

The tone was set for a remarkable reign in the first pre-season, doing a generic review of one of the backs’ sessions.”

Out of the blue, Schmidt zeroed in on the one man everyone thought was untouchable.

“It went something like this: ‘Drico, what are you thinking here mate?’

The temperature of the room changed. This just didn’t happen.

“’Look, it is clearly never a drift (in defence). You’ve left your shoulder open on the inside.’

“’I see what you mean. Yeah, that is a completely fair point.’”

In one short exchange, Schmidt had set the table for what was to come.

“Sometimes you see someone make a conscious effort to take down the big dog. It wasn’t like that. It was just a super fair, technical point you couldn’t argue with.

“It was this shift into everyone seen as equally accountable that changed everything,” notes Paul.

O’Donohoe would move on to Connacht to continue and, ultimately, conclude his career, not before taking important experiences that are central to his working life today.

“I had a great bunch of mates in a winning environment. It was a hard decision to leave,” he shares.

“But, Ireland’s scrum-halves, Eoin Reddan and Isaac Boss were ahead of me. I was conscious of getting game time to break into the Ireland squad or let rugby go.”

O’Donohoe was never going to stay on and test the path of the journeyman.

“I had one really distinct memory from my first year at Leinster. Mal O’Kelly was one of the Harlem Globetrotters in the club. I could barely talk to the lad when I first graduated to the senior dressing-room. I was so nervous.

“We ended up being great friends, so much so that we ended up going on holiday to South America at the end of the 2009 season, a 20-year-old and a 35-year-old.

“It was the end of his contract and, just like that, that was it for him, after all he had done. It really struck a chord with me.

“By the way, Mal had a very different career trajectory to mine. I was never going to stay in the game that long.”

A back issue may have accelerated the process. He finished with rugby at 26. There was no master plan in place. There was just the intuition that I knew it was time for something different.

“I never identified myself as a rugby nut. That it was all I had. Yet, when you leave, it is all people know you for.”

There was a period of recalibration, finding a new way forward. It took one or two years for O’Donohoe to navigate that course.

“Along the way, there were many mistakes and moments in offices I prefer not to recount, from struggling to put memory sticks into computers to misunderstanding corporate-speak.

“It was very difficult at times. You had to find out who you were, what made you tick away from rugby. 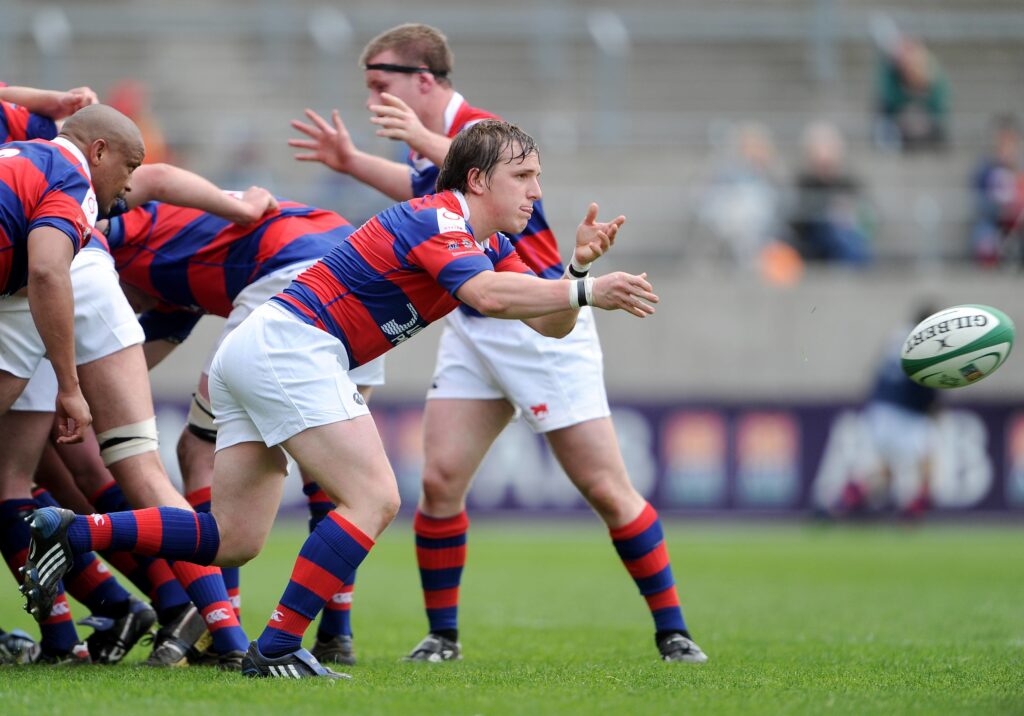 “Your currency plummets. You go from being in a job where you are valued – people respect your opinion and work ethic – to nothing.”

What he did have was two older brothers, Matthew and Damien, who worked in the media entertainment industry.

He had access to a network of contacts and moved to London to begin to climb that ladder, eventually working his way into the sports media rights space with acquisition and distribution company Pitch International for three years.

“It was a very aggressive learning curve in a small, agile business,” he states.

“What I took with me from my days at Leinster was that culture shift from 2007 to 2011, what it took to develop a winning culture from something that was not where it should have been.

“I still carry that special journey and experience with me every day. It is a real advantage in understanding what elite professionalism requires.

“You do have to look after your own house, police yourself, have the emotional control, try to find the one per cent progress.”

O’Donohoe moved into a new venture with four partners, raising funds to set up Greencastle Capital, the fund and holding company for publishers JOE.ie, HER.ie, HerFamily.ie, Lovin Media and The London Economic.

“We had a specific investment remit around digital media brands and ancillary opportunities around them from live events to development of new IP and consumer products.”

In a fast-moving industry, O’Donohoe still cherishes those experiences at Leinster and uses many of them to chart his career course.