Where Are They Now?: Sean Brophy 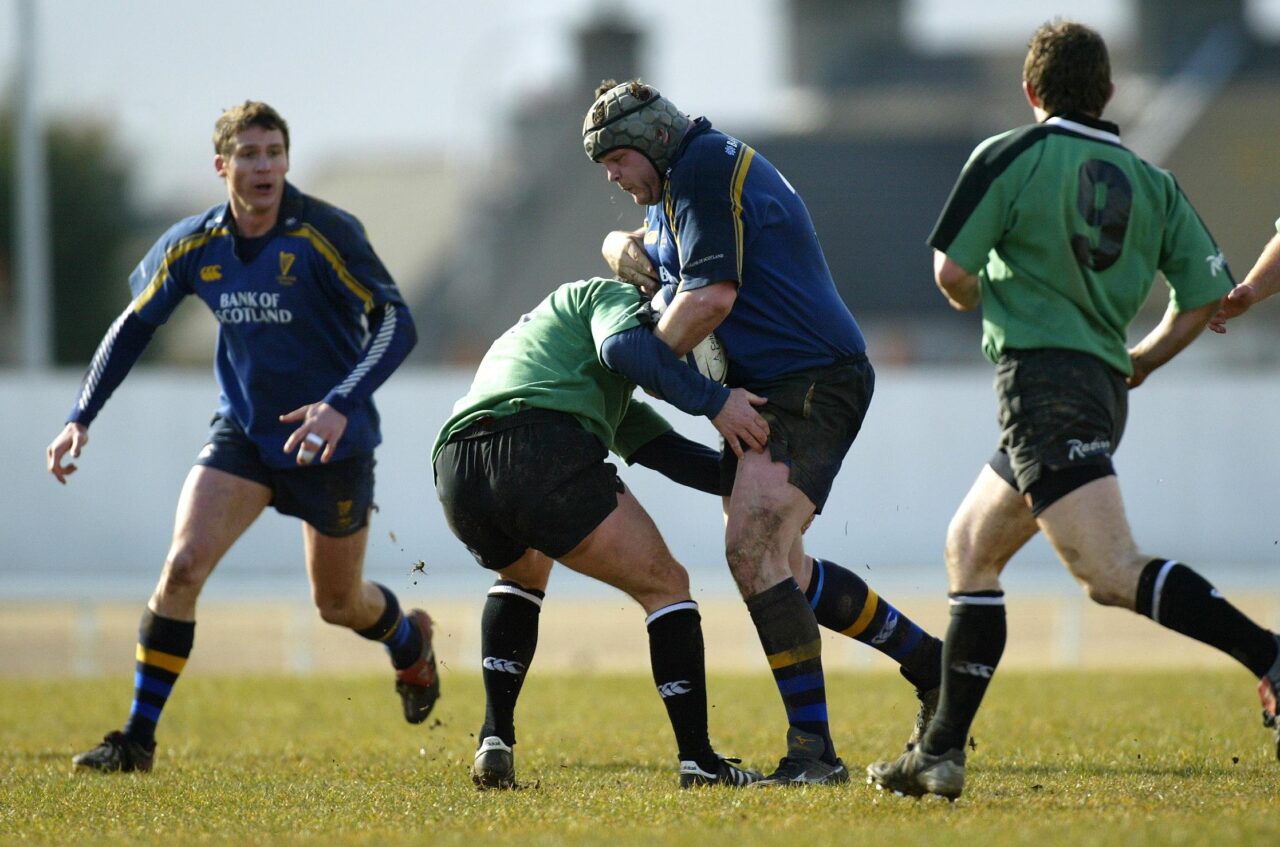 THEN: Sean Brophy earned seven caps for Leinster in 2004.

NOW: He lives in Surrey with his Liverpudlian wife Hannah and children Aoife and Conor, working as Head of Direct Lending at TriplePoint, a London-based investment firm.

Sean Brophy is a runner now.

He is not running away from anyone or even towards anything, more so for something.

The ex-Belvedere College, Clontarf, Oxford University and Leinster prop has shed many of the kilos needed to put his best foot forward in rugby.

He has completed nine marathons in a journey that is just beginning, reserving time in his busy life to sweat out the demons, preserving his mental health and raising money for that of others.

The memory is still there.

As lucid and stinging as the moment, five minutes into injury time, when St Mary’s College’s Shane Jennings ended Belvedere College’s dream of a Leinster Schools Senior Cup medal in 1999.

“I vividly remember the time after that. It was like a death in the family, a very big family,” says Sean.

“I played Leinster Schools and, in 2001, for Leinster U-21s in the front row with Gavin Hickie and Niall Treston,” he says.

“In 2002, I remember looking at the Leinster senior front row and seeing Gav and Trezzy. There I was playing against, say, Thomond in Division 3 of the AIL, down in Limerick.

“I thought: ‘I should be there. I should, at least, be in that conversation.’”

It seems Sean was always a step behind and there was a reason for that.

“It was never a big dream for me to play professional rugby. That was the difference,” he states.

“There was the risk of putting all the eggs in one rugby basket weighed against the reward. Maybe, I was being too analytical about it. 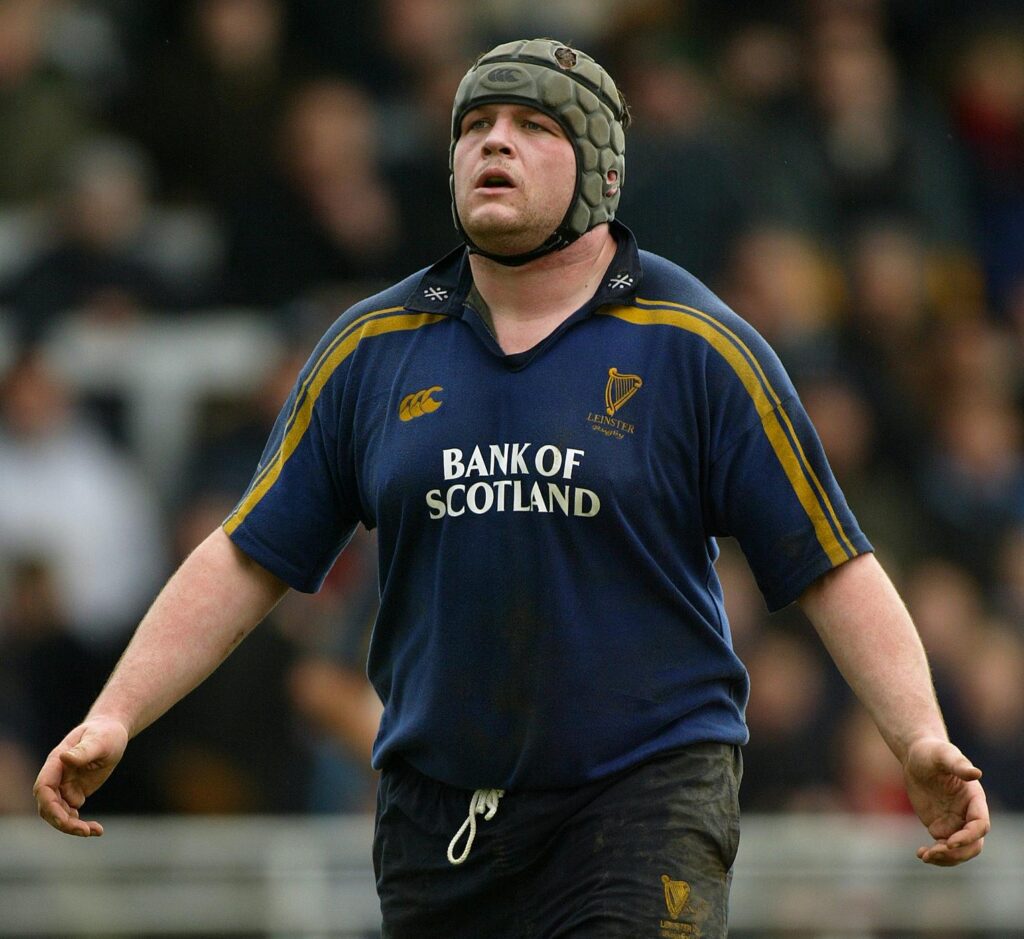 “My concern would have been joining the workforce at 30, starting out 10 years behind where you think you should have been. That was my overarching thought process.”

After Trinity, he went back to play for his local club Clontarf, where he had started out as a seven-year-old.

“That was the season I played for Leinster,” he says.

In January 2004, Reggie Corrigan was with Ireland, Emmet Byrne was injured and Treston had broken his leg. There was a hole to be filled.

Sean’s debut came against Dragons, coming off the bench when the scrum was being demolished.

“It was certainly a very different experience to playing for Clontarf. The scrum was in trouble. But, I was surrounded by guys I knew well because we had played together in the age grades.

Standing on the touchline at Rodney Parade, there was a mix of feelings coursing through his body and mind.

“I am generally calm. This was different. I was very nervous at that moment. It was a lot to wrap your head around.

“You absolutely want to get into the game. There was no point in going over there, putting a jersey on your back just to sit on the bench.

“But, when you see the scrum going backwards and it is your job to go in there and do something about it, that is a different feeling.

“As you stand there on the sideline, waiting to come on, you don’t doubt yourself in that moment. Too much time has passed. It is all adrenalin.

“Equally, as soon as I was involved which, for a prop, means getting into a scrum, it felt so much better.”

One moment stands out above the rest: “I don’t even know how this would happen. But, I remember tackling Percy Montgomery, prop on full-back, and thinking, not that I had made it, but that I could live here for a while,” he smiles.

That wasn’t a good season at Leinster for a number of reasons. But, he loved all seven games.

“The last scrum I got into for Leinster was the last game of the season, again against Dragons.

“I was the only uncapped player in that pack. There was Reggie Corrigan, Shane Byrne, Malcolm O’Kelly, Victor Costello, Eric Miller, Aidan McCullen.

“I was left with the thought that I was the only uncapped player in that scrum and that I wasn’t a million miles away from holding my own.

“In the end, that gave me a massive amount of pride and it is something that stays with me, to look back and know I was part of that, even if it was only for a matter of months.

“That pride is definitely still there today – my kids Aoife and Conor have always had Leinster jerseys ready to go, despite being born in London.”

In May 2004, Sean finished playing for Leinster and Clontarf coach Phil Werahiko organised a move to New Zealand to play in Waikato before going to Oxford.

“I got the call on a Tuesday and was on a flight on a Friday. That was magic, just magic.

“I was taken completely out of my comfort zone, playing with Marty Holah and Rua Tipoki. In a very Kiwi way, they took care of you, only when you proved you could mix it on the pitch.”

Even when Sean was a kid, he used to watch the Varsity match. 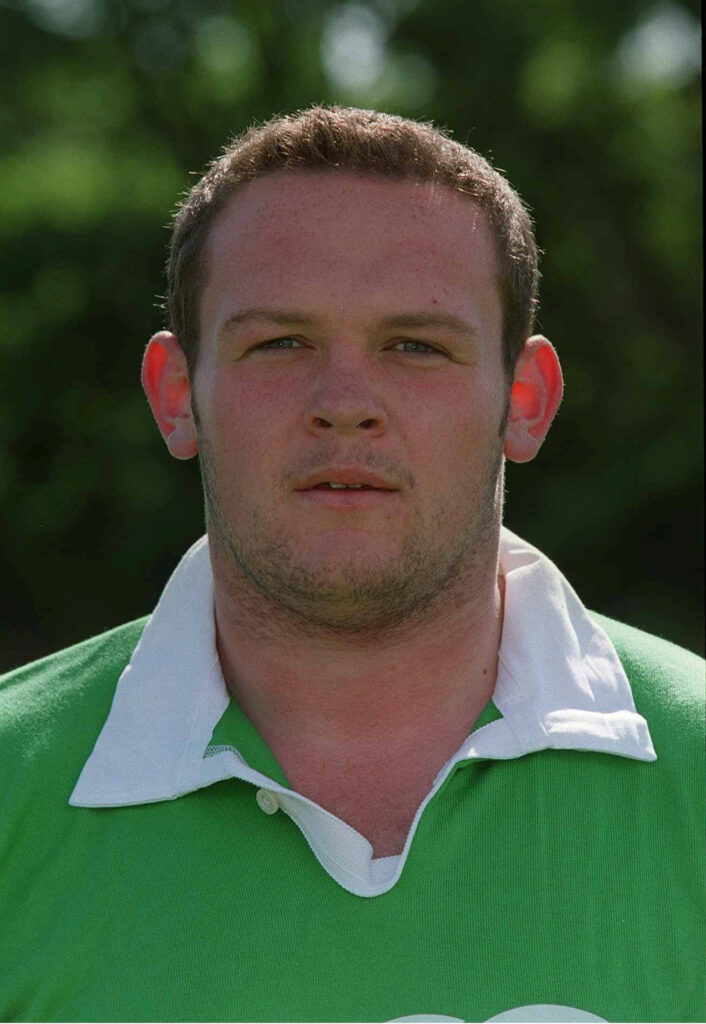 For whatever reason, he always wanted Oxford to win, perhaps because his first memory was of Ulster and Ireland out-half David Humphreys playing for them.

Later, Sean discovered strong ties between Trinity and Oxford, including their annual match, and coach Steve Hill made an offer he couldn’t refuse.

Oxford became Sean’s focus. Leinster and Waikato are just what happened in between Trinity and his main aim.

A call came from Connacht with the offer of a two-year contract just after Sean had accepted a place to study for a masters in geography at Oxford University.

The analytical mind favoured education, knowing the opportunity to play might still be there two years later.

“In my head, that was always my path. If professional rugby came before or after it, so be it.”

“We won one and we don’t talk about the other one. In the second one, I was sin-binned and Cambridge scored 14 points in that time. That was the game.”

In 2006, Sean moved into banking, played for Westcombe Park on the outskirts of London for a couple of seasons, a shoulder dislocation hastening the end of his playing career in 2010.

He quickly learned how transferable some of the skills were from the pitch to the office.

“In rugby, you have to have a meticulous nature about what you do. You don’t even know you have it when you are doing it.

“I am talking about the finer details, like body position, the timing of runs, decoy runs, all this stuff you do on a rugby pitch that you don’t think twice about because you acquire it through muscle memory.

“When you are in the workplace, that doesn’t go away, wanting to do things in a meticulous, attention to detail way.”

It was whilst completing his MBA in Imperial College, London, when Sean could see the benefit of teamwork in rugby, in how different people from all over the world with different belief systems had to come together in co-operation just to get through the course.

“You also don’t lose that discipline you have to have in rugby to get things done. You take that with you and the absolute requirement to rely on other people.”

Now 41, the competitive fire still burns brightly enough for Sean to express that part of himself through running.

“When I stopped playing rugby, it did leave a hole, in terms of fitness,” he states.

“The running is principally driven by mental health, getting really fit and having that mental space to clear my mind. That is what it is all about.”

This is when Sean’s rosy remembrance gives way to a deeper, more meaningful window into the life of a man who sees beyond the material.

“Irish men of my generation all know someone who has died by suicide. A relative of a very close friend of mine was the first time it happened.

“I am talking about men like Conrad O’Sullivan, with whom I played Ireland U-21s. It is mad how little everyone talks about it. Because of this, I have raised money for Pieta House, for the Samaritans, for Suicide Counselling Charities.

“But, I have absolutely no doubt that most of the running I have done is to make sure I am happy in myself, happy where I am.”