Where Are They Now?: Simon Crawford 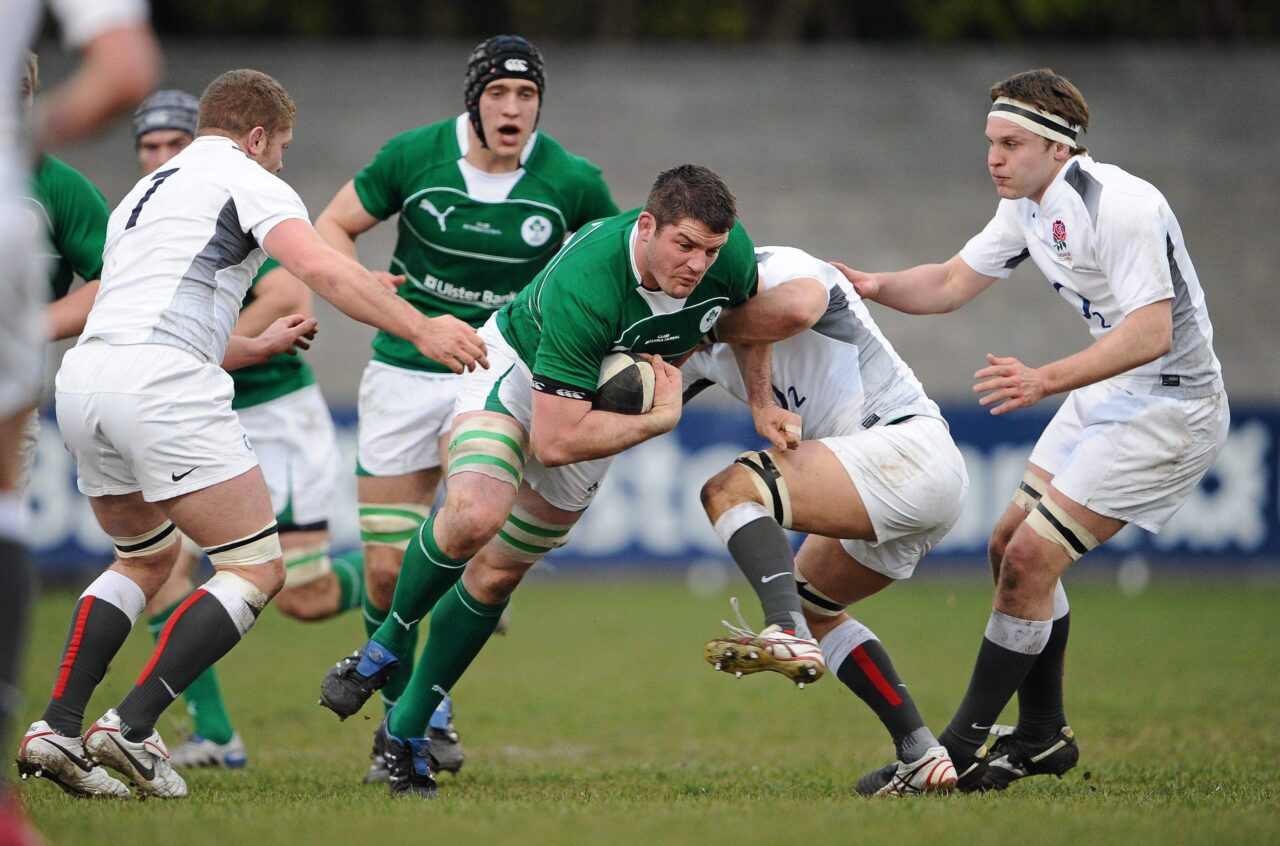 THEN: Simon Crawford made his Leinster debut against Dragons in February 2004, going on to earn nine caps up to his last appearance against Edinburgh in November 2005.

NOW: He lives in Clontarf with his wife Eimear and daughter Sorcha and works as the Head of Broadband and TV Sales in Vodafone Ireland

Simon Crawford was spoiled for choice in the summer of 2001.

The rising sports star was a precious commodity arriving out of school at Castleknock and onto the sports scholarship market. He was not short of suitors with UCD vying for the talent of the Meath minor footballer and Leinster Schools No 8.

There was also a possibility of going to Australian Rules Football when scouts from Sydney Swans crossed the hemispheres to trial eight gaelic players with Crawford, fellow Meath minor Niall Ronan and Alan Brogan among them. Nothing ever came of it. No one was chosen to follow the same path as Tadhg Kennelly.

“Yeah, nothing materialised out of that. But, I would probably have gone to Australia if I had been invited,” he said.

“That left me to make a decision between the UCD scholarships that summer. I just thought the camaraderie in rugby was a lot better. The friendships I had gathered were stronger, the bond, the common goal, unity of the team.

“Don’t get me wrong, I loved playing football. I loved the game. Rugby just came with these additional benefits that made me want to see where I could go in the game. There was also the bond I had developed with players, like Ciarán Potts. That is what it was.”

He spent that first year out of school in the Leinster Academy and the next two in the National Academy, readily recognisable as that forward who took the kicks for Castleknock.

“I had been taking the frees in Gaelic. I didn’t realise No 8s weren’t supposed to kick the ball. I was used to catching the ball in the lineouts and off kick-offs. It came naturally to me.” 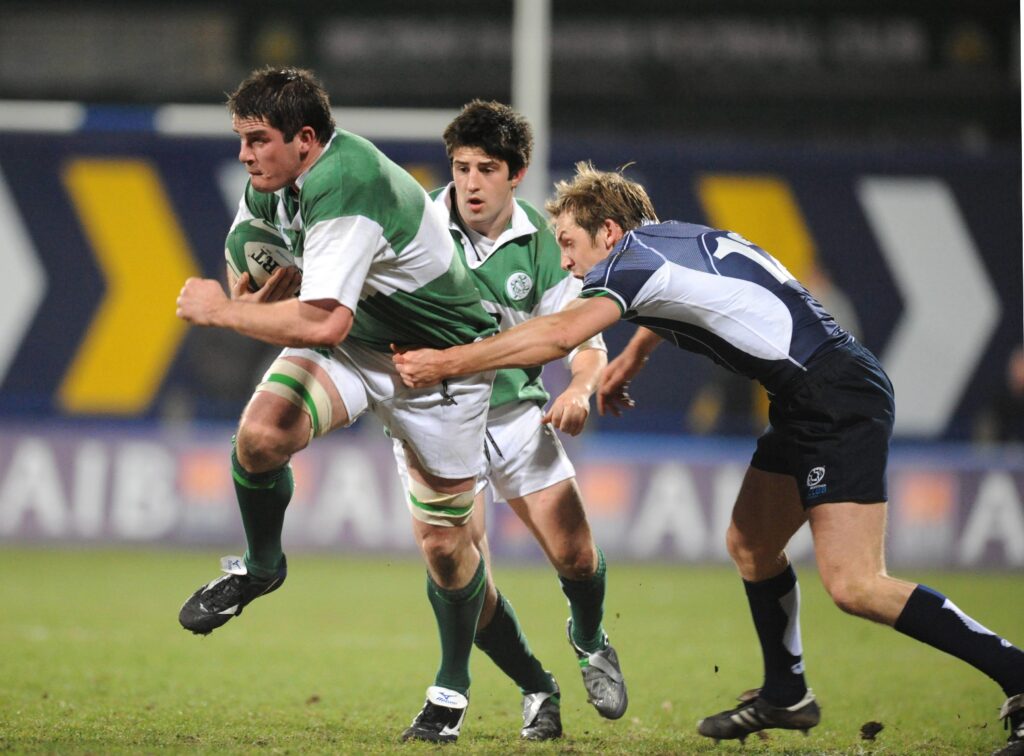 He went on an upward trajectory from Leinster Schools summer tour to Argentina in 2001 to the Leinster age-grade teams, the Academy and the Ireland U-21s, playing in the Six Nations and going to a World Cup at Newbury in England with Niall Ronan, Rory Best, Potts, Declan Fitzpatrick, John Lyne and Tommy Bowe.

There was no grand plan to become a Leinster professional. There was only the game and his embrace for it.

The steps taken were mostly upward and it led to his debut in Blue against Dragons in February 2004.

“To be honest, I remember being in the hotel on the day of the game, thinking ‘I am going to play for Leinster. Do I belong here? What if I let people down? I think there are probably a lot of people who think that way at the start.

“The Springbok Percy Montgomery was playing full back for Dragons at the time. I remember thinking, ‘that’s mad’. Later that season, we played against the Scottish Borders and Doddie Weir was playing in the second row. You are playing against faces on the television. It felt surreal.

“Now, it was when Leinster were down numbers when the internationals were away. But, it was still a huge honour,” he said.

“When I played those games, I never felt I let them down in any way. I just didn’t get that many opportunities. I was a decent player. It was just a case of where you fit in. I probably didn’t have the explosion for the back row or the height for the second row. I fell somewhere between those two.

“I needed to have a lot of patience to realise my potential as a professional. I didn’t have it.

“When Leinster happened, it happened. It was great. When my contract wasn’t extended, I never saw it as a reason to travel around Europe trying to find a club. That wasn’t my dream or my goal.

“Even when I became a professional, I always thought it was a transient thing that would give way to work,” issued the 38-year-old. 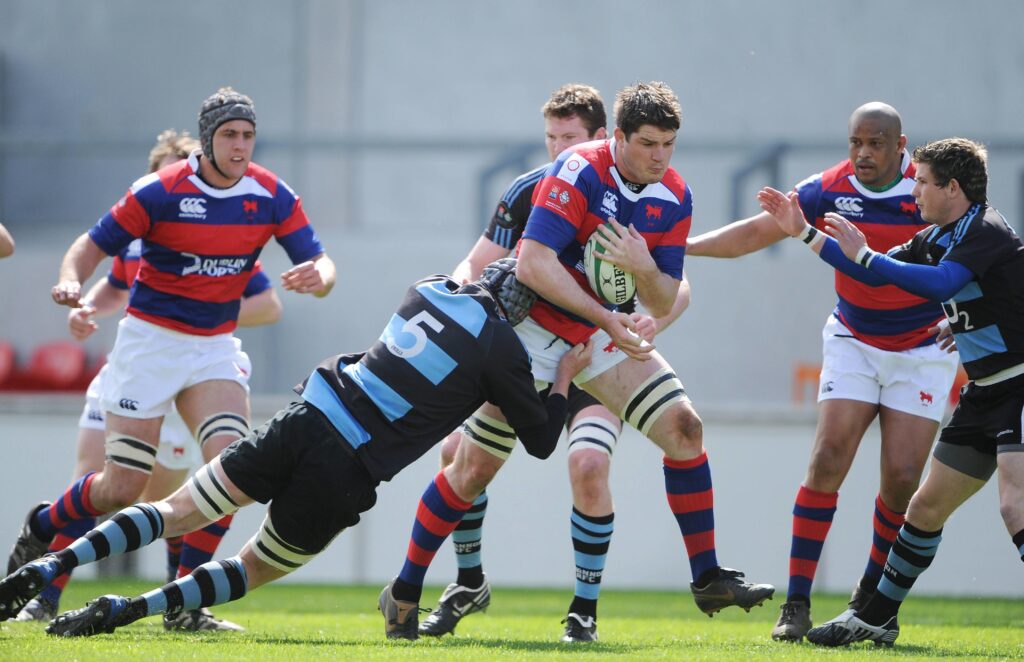 There was no deep emotional wrench when Crawford ended his professional status, no real desire to pursue interest from the Cornish Pirates or Newbury or, years later, Rotherham in England

“I knew there was nothing in Leinster for me. I took three weeks to consider my options,” he said.

The reality of going full-time worked against Crawford’s mindset, so much so that the improvements in size and fitness did not aggregate to a jump in performance.

“In the one year I was fully professional, when I had no distractions, my performances weren’t as strong, even though I gave it my full focus.

The Irish professional system is built to give players options when they leave the game through provinces encouraging them to pursue other interests as a security blanket.

“I had done a degree in Economics and a masters in Project Management at the Smurfit Business School. I had the qualifications and it was always in my mind that sport would be there after my work, but not actually be my work.

“Rugby helped with my education, my studies. It fitted in with what my life was. That was getting my degree and enjoying my sport. Rugby wasn’t everything to me.”

It proved to be a sound decision to move into a suit. Currently, Crawford is the Head of Broadband and TV Sales in Vodafone Ireland. 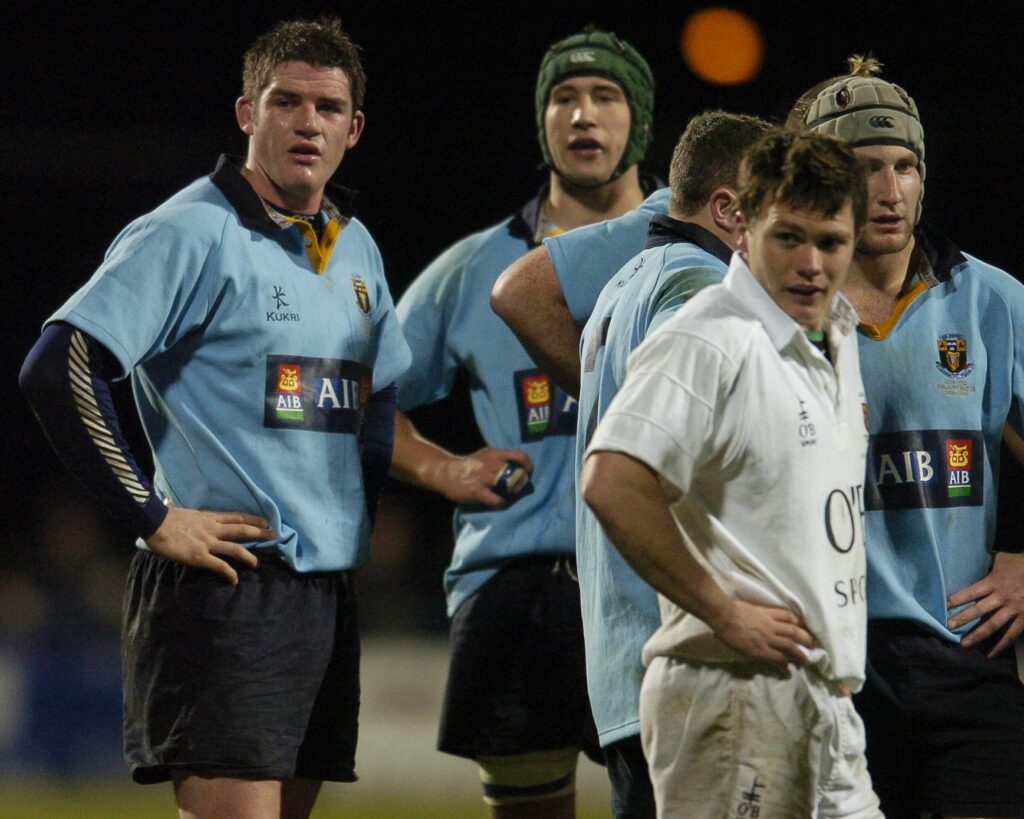 He moved from UCD to play for Clontarf where he now lives with his wife Eimear and daughter Sorcha.

“That was when I played my best rugby when I left Leinster. Maybe, that has something to do with my mental make-up. The reason I started playing Gaelic and rugby is that I enjoyed them and I lost that somewhere.

“I was able to get back to what I loved at Clontarf, training twice a week, playing at the weekend and being able to enjoy the social aspect of it all. It was a new lease of life. It was and is a community club. It isn’t called ‘the parish’ for nothing.”

In 2014, Crawford walked away from rugby when Clontarf finally reached the summit to win their first All-Ireland League title.

“In the beginning, I got into a lot of fights trying to prove myself and, by the end, I was just fighting to win the competition. That was a real goal,” he added.

“When I stopped playing, I really struggled to come to terms with it. I struggled for months without having the release, the craic, the banter, to go alongside my work.”

There was also the pain of an arthritic ankle that has not gone away. There have been two operations since his retirement.

“I have accepted that as the price I am paying for all the good times.”