Where Are They Now?: Stephen Rooney 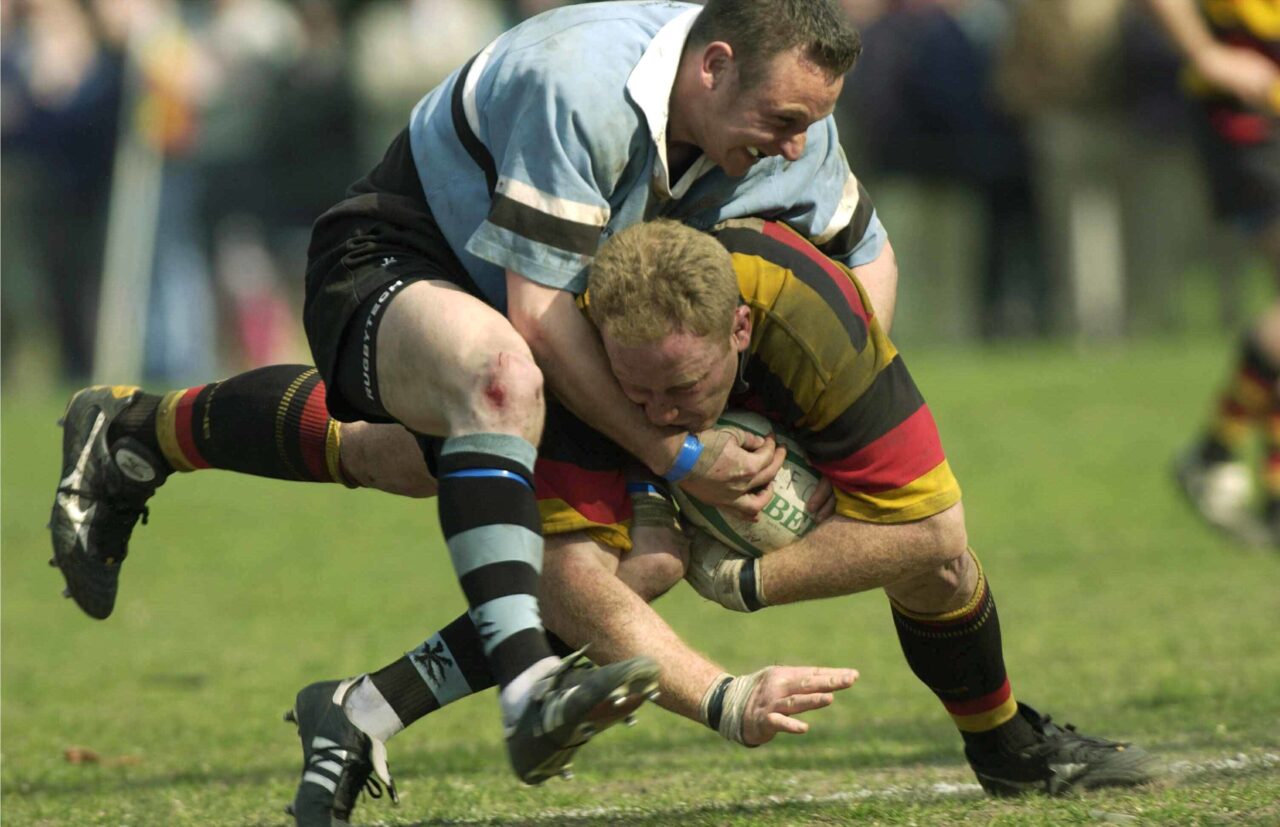 THEN – Stephen Rooney played regularly for Leinster Rugby from 1994 to 1998.

He is not sure exactly how many times he played for Leinster, making maybe 26 or 27 appearances.

It speaks to the modesty of the man, never mind the player. He was never one to keep a scrapbook of the many firsts in a fine career that never quite delivered the Ireland cap he longed to wear.

In the beginning, Irish rugby was dragged kicking and screaming into professionalism.

Compared to the unpaid, glorious era of amateurism, it was painted as a dirty word, unwelcome in the vocabulary of the traditionalists.

All of that made less than no difference to Stephen, coming out of school in 1989. At that stage, the All-Ireland League was the main attraction, the only avenue into playing provincial and, eventually, international rugby.

In 1993, the step from UCD to Lansdowne put Rooney in the line of sight of Leinster’s management.

One of the first official Leinster caps came against Northern Transvaal in February 1995 when Malcolm O’Kelly also made his debut for the province. Stephen would play the same South African side again a few weeks later as part of the Combined Provinces team.

Chris Pim was the captain. Conor O’Shea, Paul Wallace, Martin Ridge and Niall Woods were there. Victor Costello was just on the scene.

At least, future Irish legend O’Kelly would be able to put his best foot forward from his natural position in the second row whereas Donal Spring picked Stephen at seven rather than six.

It would become a familiar theme for the blindside, one that would leave him harbouring regrets around not being able to flex his true rugby muscle.

“Donal picked me at seven because we were up against a bunch of huge Afrikaaners and he wanted me to tackle all day. I was very happy to do that, but seven was never really my position,” says Stephen.

“Leinster wasn’t the machine that it is now. Their matches would attract roughly the same crowd as an AIL game, maybe 2,000 in Donnybrook.” 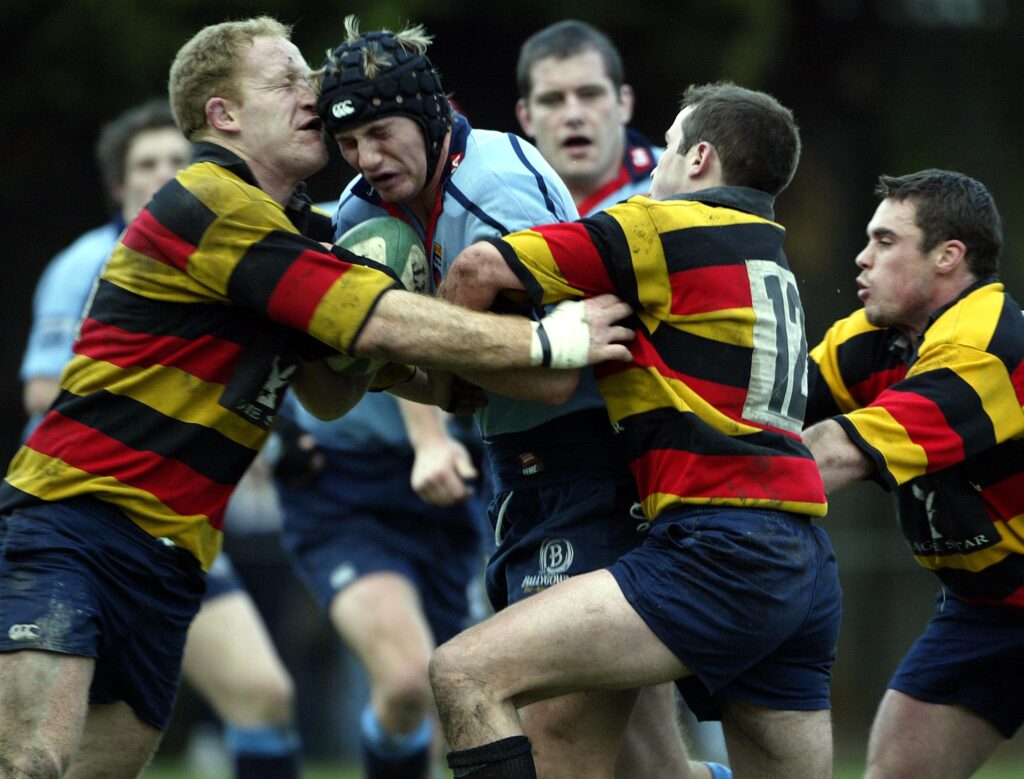 As fate would have it, that game against Northern Transvaal provided the opportunity to play against the best player he would come across in his time in rugby.

“Joost van der Westhuizen played in that game. He was incredible, the most impressive rugby player I ever played against.

“At one stage, I thought I had him nailed. I was planning on slamming him into the advertising hoardings,” he says, with perfect recall.

“He had such a low centre of gravity for a tall guy. He saw me coming and, in a split-second, somehow managed to shift his weight underneath me. I scragged him into touch, but not in the way I had planned.

“I have forgotten so much about my playing days. It seems like such a long time ago. But, I still remember that moment very clearly.”

There was no Celtic League. There were just a couple of friendlies before the Interprovincial Championship and the odd touring game in the early-to-mid-90s.

“In the first season I was involved in the interpros, in 1995, I played against Denis McBride up in Ulster and we got a first win in something like 12 years up there.”

There was a share of tussles with Munster at Thomond Park and in Donnybrook with formidable opponents in Anthony Foley, Alan Quinlan and Eddie Halvey.

When the Heineken Cup came about in 1995/96, Stephen was on the outskirts looking in until an injury to Dean Oswald opened up a place in the back row against Pontypridd in the second of two Pool matches and against Cardiff in the first European Cup semi-final at Lansdowne Road before a crowd of 7,350.

“We viewed it as the proper European Cup. We were really into it,” he stresses.

“The competition was in its infancy. The English clubs didn’t participate. But, it was still a very good standard. I remember in the semi-final Cardiff were stacked with Wales internationals.”

Stephen was working in Ulster Bank Investment Services out of college for a couple of years when professionalism began to happen.

There was an exodus of Irish players to England, led by Conor O’Shea, Paul Wallace and Nick Popplewell and Stephen met with Clive Woodward of London Irish in The Gresham Hotel

“I guess, for me, – it was probably common for a lot of players – I really just wanted to play for Leinster,” he says.

“Nowadays, players go where the contracts are. Growing up, that wasn’t my motivation. This was the twilight zone.

“The first professional contracts were offered for the 1997/98 season when money started to come into the equation.

“Leinster couldn’t afford to make everyone fully professional. I was lucky enough to be one of a handful of players to sign full-time for €20,000-a-year.

“It was possible for me to accept it because I was only in a junior role at Ulster Bank whereas a part-time payment of, say, €6,000 or €7,000-a-year with match fees, was available to those with better jobs to add to what they were already making rather than give up their civilian career for a big drop in salary.

“To me, this was the best way to go about playing for Leinster and Ireland. Simple as that.”

It was at this point in the conversation that the mention of Toulouse jogged his memory.

“That was probably my last major game for Leinster,” he recalls.

Jumping ahead, it must seem strange to look back on Leinster in those early, coming to professionalism years, given the current standing of an industry leader. 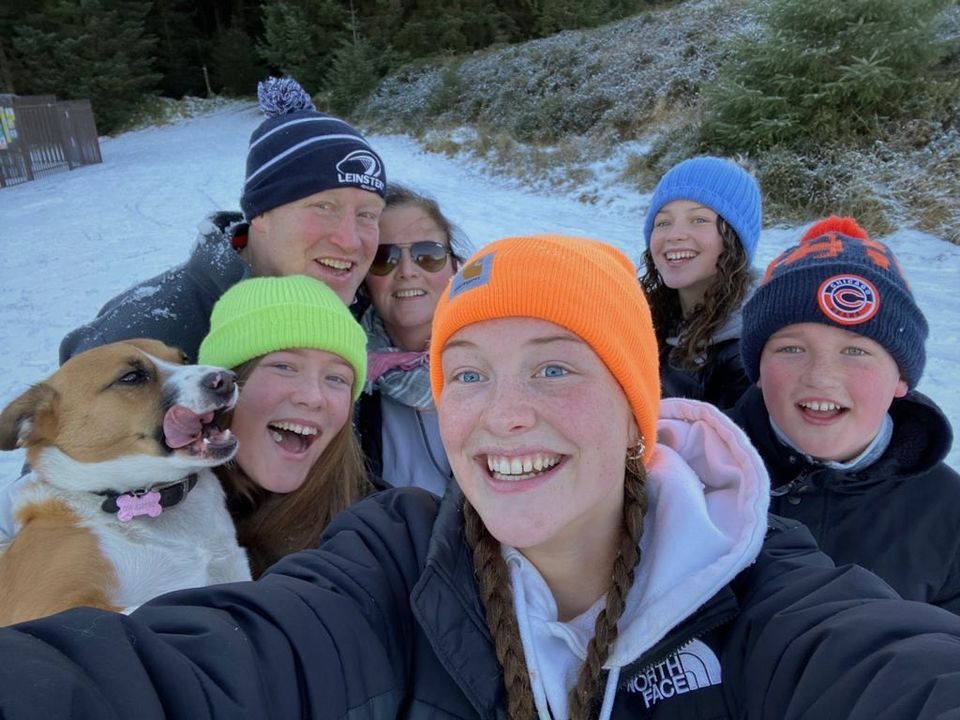 “You must remember when we became full-time with Leinster, the coaches had never been professional before either.

“Everyone was learning on the job. Jim Glennon, Liam Hennessy and Mike Ruddock had huge tasks to get Leinster up to speed.

“They would flog you one week to see if that worked. At the same time, you were training with your club. You could be training three or four times a day. It was exhausting. There was a lot of trial and error.

“Being Director of Rugby at Lansdowne now, I am able to see how the players prepare. To say it has come on in leaps and bounds is a massive understatement.

“Am I envious of the set-ups today? Yes. But, I really enjoyed my time. The camaraderie we had at Leinster and Lansdowne was such great craic. We were definitely given more license to enjoy ourselves off the field.”

When the time came for Stephen to talk money again, Leinster was not inclined to offer a new contract.

“It just wasn’t going to happen. Trevor Brennan had arrived on the scene and Mike (Ruddock) had a grá for him. Declan O’Brien was there too. In fairness, I’m not sure I was ever Mike’s type of blindside.

“I definitely was frustrated because he also picked me as a seven when I knew I really wasn’t one. I was never comfortable playing the position at that level.”

Even then, Rooney experienced the psychological challenge of being paid to play while sometimes not playing.

“Everyone is talking about mental health these days. I definitely can understand why. There were times when I was really frustrated.

“When we were playing there was very little video analysis going on. There was none of it.

“Video analysis is a great way of purging things from your system. You address your mistakes. You work on whatever you need to work on. You move on.

“That was a lot harder to do back in the mid-1990s. It could be a journalist who might write that I had a bad game.

“That could stay with you for weeks because you had fewer games back then too. You had a lot of time to dwell on your failings.

“These days, you always have the next game to concentrate on. You play. You review. You move on.”

Even though there were contract offers from French club Pau and two of the provinces, they just didn’t feel right for someone who bled the blue of Leinster.

“I had loved my time at Leinster and was very grateful for the opportunities but I felt I needed to focus on my career away from rugby.”

It was time to move on to Davy Stockbrokers for four years and, thereafter, onto investment managers Quilter Cheviot, where he currently works as an Executive Director.

Nowadays he remains heavily involved in rugby as Director of Senior Rugby in Lansdowne and takes great satisfaction from seeing young players at the club push through into the professional ranks.

He cites the rugby values of “teamwork” and “discipline” as strengths to bring to any job or to any aspect in later life and values the lifelong friendships rugby has given him.

Values for which he is grateful.