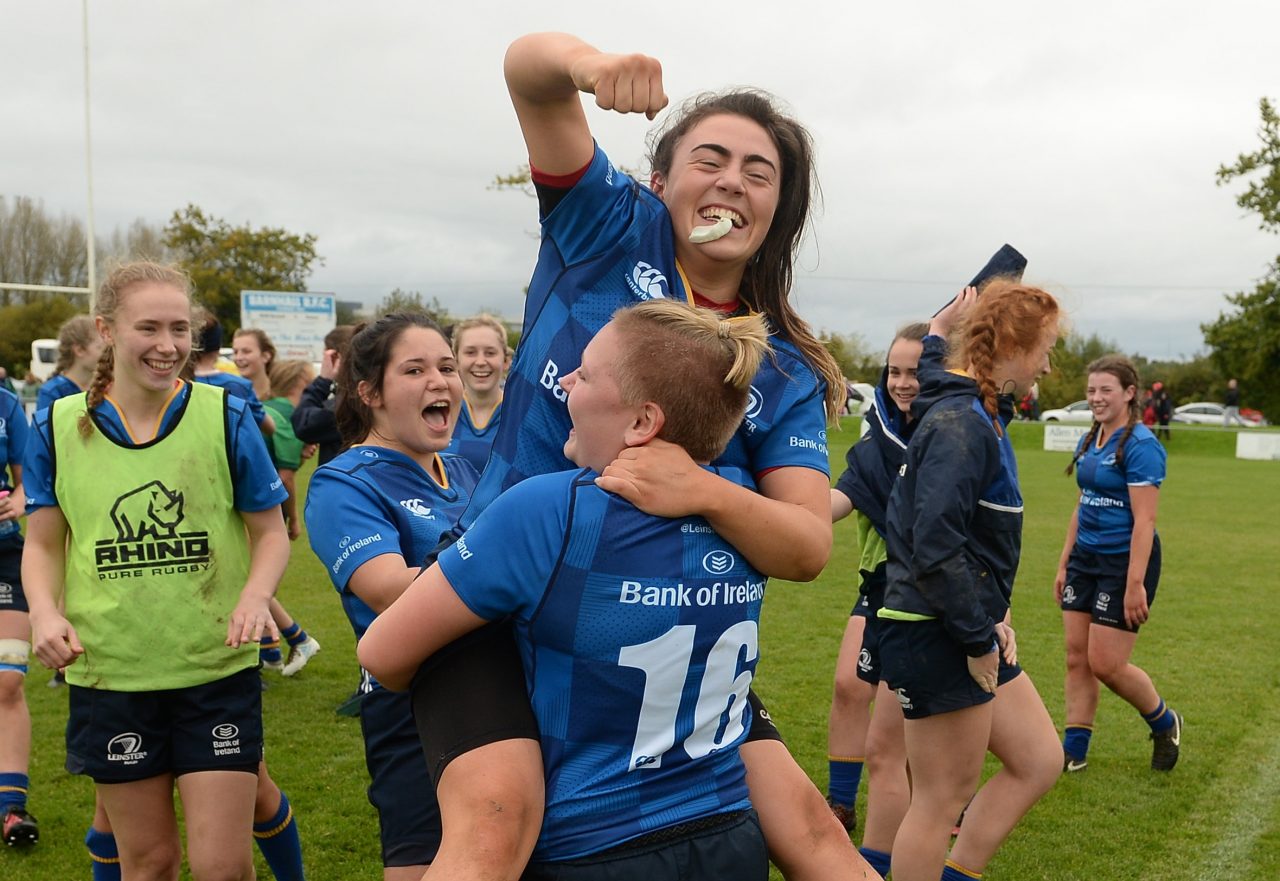 Aimee Clarke has had a whirlwind year on the rugby pitch.

The latest ‘bolter’ in the Leinster Rugby Women’s squad, Clarke looks set to make her debut in blue this weekend when the Interprovincial Series gets underway against Ulster on Sunday.

Clarke began playing Gaelic football last season with the Dublin U17 squad, and says she initially ‘fell into rugby’ when she didn’t make this year’s Dublin minor side.

She decided to give rugby a try as recently as February of this year when she joined up with the U18s in Suttonians RFC. Following her second game for the club she was invited to a trial for the Leinster U18s 7s team and was ultimately selected.

This then set off a chain of events that saw her play 7s rugby for Ireland U18, winning a UK School Games 7s tournament.

Clarke also competed with the Leinster U18 Girls in this year’s Interprovincial Series where they defeated Ulster (22-5) and Connacht (38-22).

She then made her All-Ireland League debut with Railway Union RFC, all within the space of seven months.

“I went to one session [with Railway] and loved it, and in the following weeks I played my first AIL game against Galwegians,” said Clarke.

Aimee is the latest in a long line of young players to have been identified at club level, and has been supported by Suttonians RFC and most recently Railway Union.

Her story shows that with hard work and talent, the journey from picking up a rugby ball to representing your province and your country can be much shorter than you think.

If you would like to give rugby a try, find your local club with our Club Finder map.

The Leinster Women’s team get their Interprovincial Series campaign underway this weekend against Ulster. Read a preview ahead of this year’s tournament.