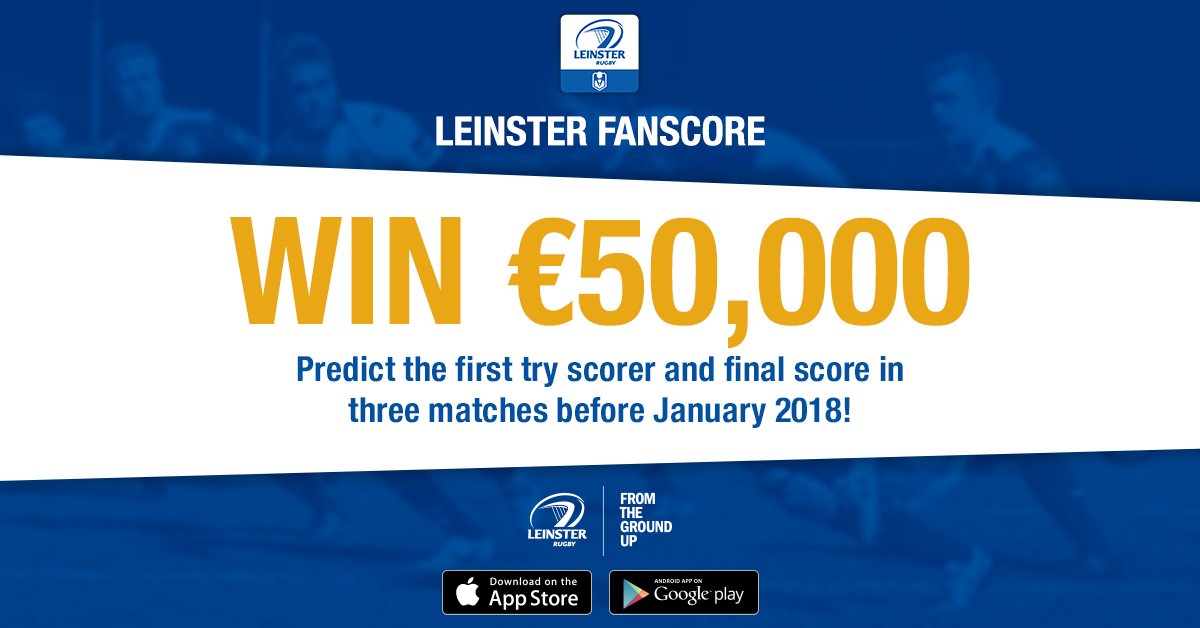 Leinster FanScore returned at the start of the season, with supporters making predictions on each of Leinster Rugby’s first three games, including the historic clash with the Southern Kings in South Africa.

Weekly and monthly prizes include match tickets and hospitality passes, but now there is a big cash prize to be won if supporters can prove their rugby knowledge over just three games before the new year.

If one supporter can correctly predict the full-time score and first try scorer in three Leinster Rugby games before 2018 they will win €50,000!

To be in with a chance of winning, all you have to do is download Leinster FanScore and make your predictions every week.

As well as making predictions on the first try scorer and full-time score, supporters can guess the total number of tries, the time of the first points, and vote for man of the match.

You can also create private leagues to compete head-to-head against your friends to separate the rugby prophets from the pretenders.

The all-new Leinster App provides supporters with the latest breaking news, live score updates, and match commentary for all games in the Guinness PRO14 and Champions Cup.

Download the Leinster App now to make sure you never miss a thing on match days: