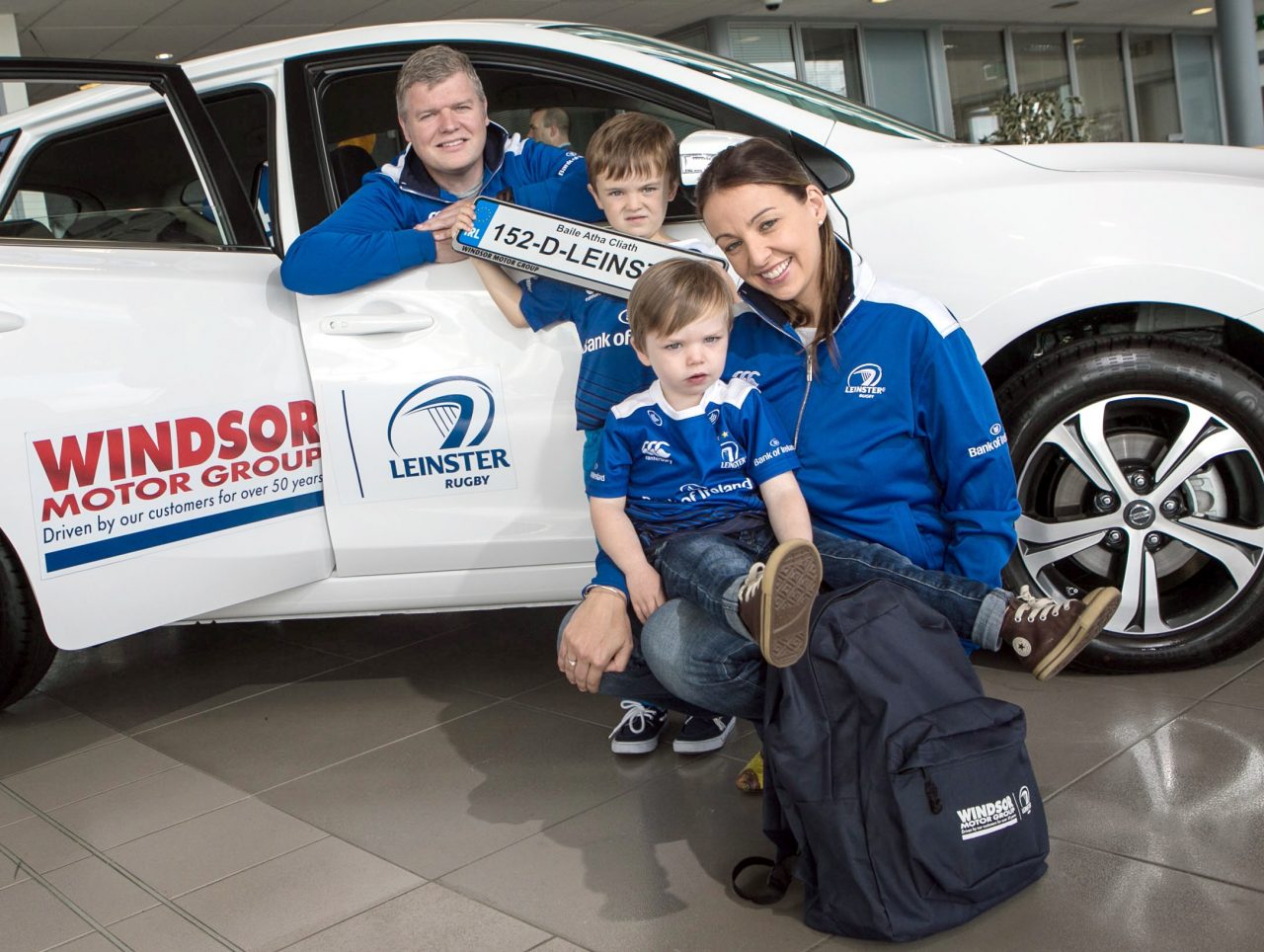 Leinster Rugby fans who show their support for their team this Christmas could find themselves with plenty to cheer about thanks to the Windsor Motor Group.

Fans who pull on their team colours and share photos of themselves on the Windsor Motor Group social media channels could land the ultimate road trip to Thomond Park when Leinster play Munster on 27th December.

One lucky fan will receive a brand new Nissan Pulsar to drive for the week of the game, two match tickets, an overnight stay for two in a luxury Limerick hotel and a signed Leinster Rugby jersey.

“This is an added incentive for Leinster Rugby fans to pull on their colours, to fly the flag and to join us in getting behind the team,” said Neil O’Sullivan, Sales Director at the Windsor Motor Group.

“This is our first time to celebrate Christmas as the official vehicle supplier to Leinster Rugby and we are looking forward to making it one to remember for one lucky fan. A good result in the PRO12 game against Munster Rugby would be the icing on the cake,” he added.

Fans entering the competition are encouraged to be as creative as possible in taking photos and in encouraging friends and family to join them in pulling on their Leinster colours and showing their ‘game face’.

Entrants must be over 18 years of age and should have a valid full driving licence and fully comprehensive car insurance.

Entry is now open and the closing date for entries is 12 p.m. on Thursday, 17th December 2015. The winning entry will be confirmed that day. The winner will get to drive the new Nissan Pulsar for one week from Tuesday, 22nd December, to Tuesday, 29th December 2015.