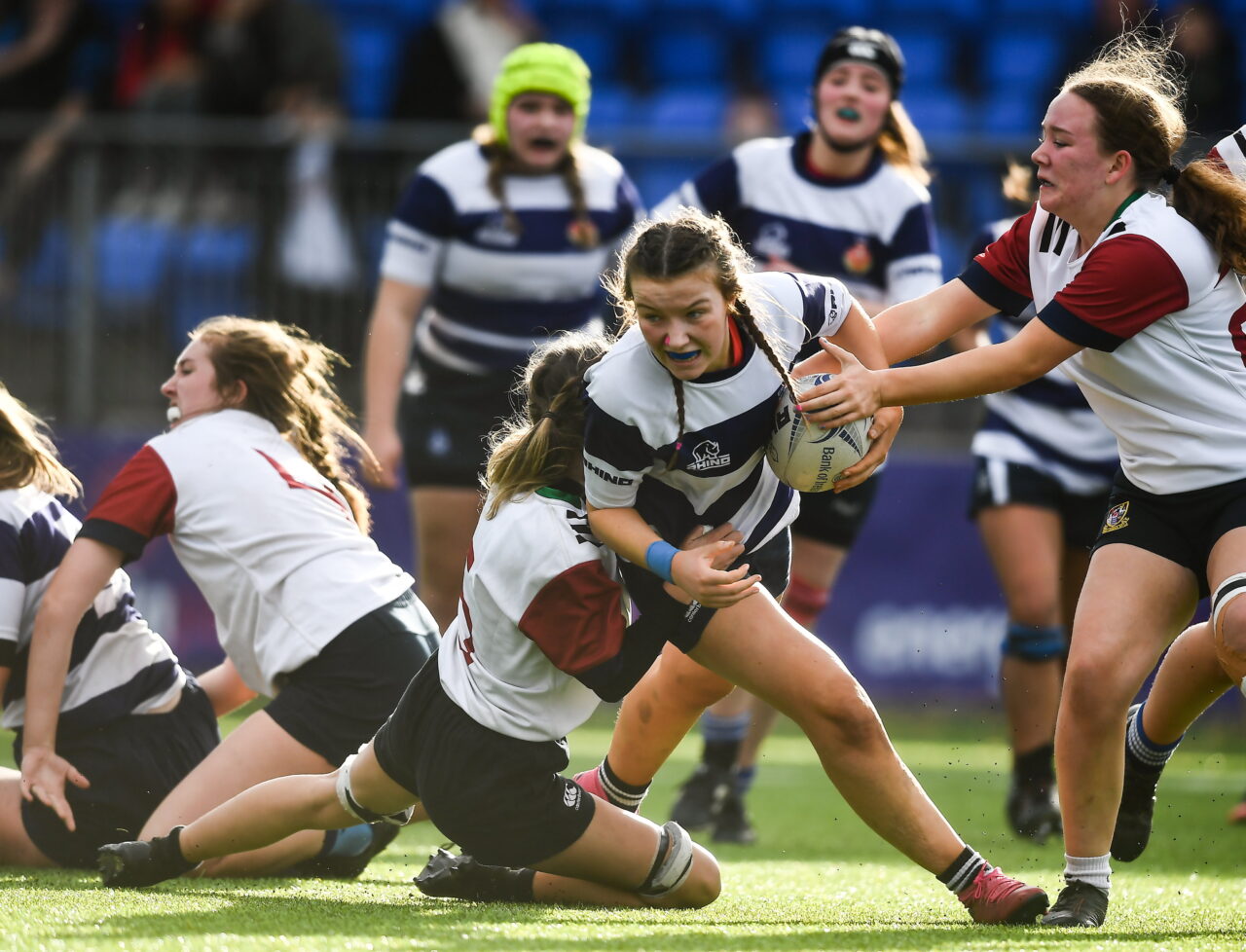 Today saw the first round of action in the U-18 Girls Sarah Robinson Cup take place at Energia Park, the competition’s first year in operation.

The North Midlands rebounded from going behind early to record a comfortable win over Midlands on the first day.

The opening exchanges were positive as both teams looked to use the ball. This was always likely to lead to chances.

When Faith Odunze picked up a loose ball, the wing had the speed to stay ahead of a chasing pack from fully 70 metres out for the first try for Midlands in the fourth minute.

North Midlands were able to make headway through prop Abi Keatley-Kindregan and No 8 Koren Dunne escaped down the left where she was met with a try-saving tackle by Ellie O’Sullivan-Sexton.

NM stayed on point, never releasing the pressure. Keatley-Kindregan and lock Blathnaid Smith worked the ball well for the backs to move it through the hands for Dunne to score at the posts, Amy Rushton converting for 7-5 in the 14th minute.

They were straight back on the attack for full-back Alanna Fitzpatrick to show a clean pair of heels to the Midlands defence, Rushton converting for 14-5 in the 17th minute.

The guile of O’Sullivan-Sexton at the back and the breakdown work of Isobel Clarke allowed Midlands to move upfield. They just couldn’t keep the ball long enough to force the issue.

Then, out-half Rushton looped around centre Fiona Fennessy and split the defence with a nice change of pace for the third try which Rushton also converted. 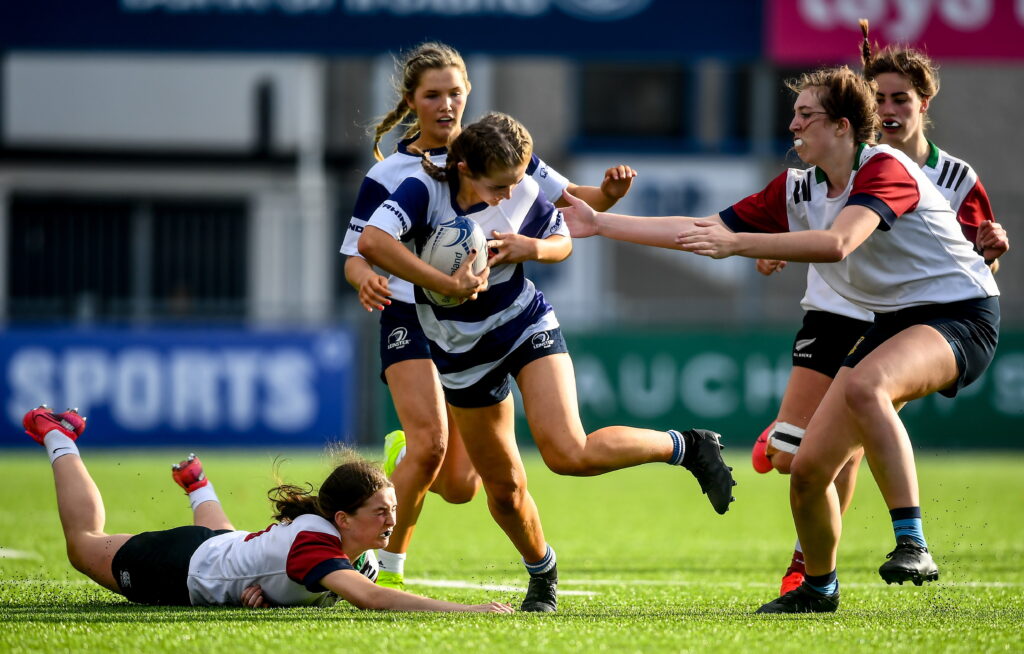 A fine interception by O’Sullivan-Sexton and strong carries from Anna Mai O-Brien and Aoife Shakespear were undone by Fitzpatrick coming away with the ball.

It took a fine tackle by Odunze to foil Fitzpatrick on the stand side before Keatley-Kindregan burst over for Rushton to convert.

Wing Sorcha Tierney rounded the cover to eat up the ground down the left in what was a sign of the danger Midlands could pose with the right possession.

The second period began with a bang as NM moved the ball swiftly into space where Fitzpatrick simply flew around the outside for a spectacular try, Rushton adding the extras in the 37th minute.

O’Sullivan-Sexton countered with confidence and Siobhan Egan made an impact on the ball for Midlands. They just struggled for continuity.

Once again, the strong running of Fitzpatrick caused havoc and it took textbook body positioning by centre Caoimhe McCormack to prevent another try.

The weight of pressure was too much to take and Rushton pounced for her second try and sixth conversion for 42-5 on the hour.

The South East were impressive eight-try winners over Metro in the first round of the Sarah Robinson Cup in Tuesday’s second game at Energia Park.

Certainly, Metro didn’t look overmatched early on. They found their stride quickly, No 8 Amy O’Mahony swiping a turnover and out-half Hannah Scanlan putting Grace Adams away up the left.

South East absorbed this attack and hit back with the dual threat of centre Katie Corrigan and full-back Abby Healy before Jane Neill crashed over on the short-side for the lead in the sixth minute.

Metro hooker Anna Brennock was prominent and wing Molly Fitzpatrick didn’t need much room to manoeuvre in making the line for the equaliser. 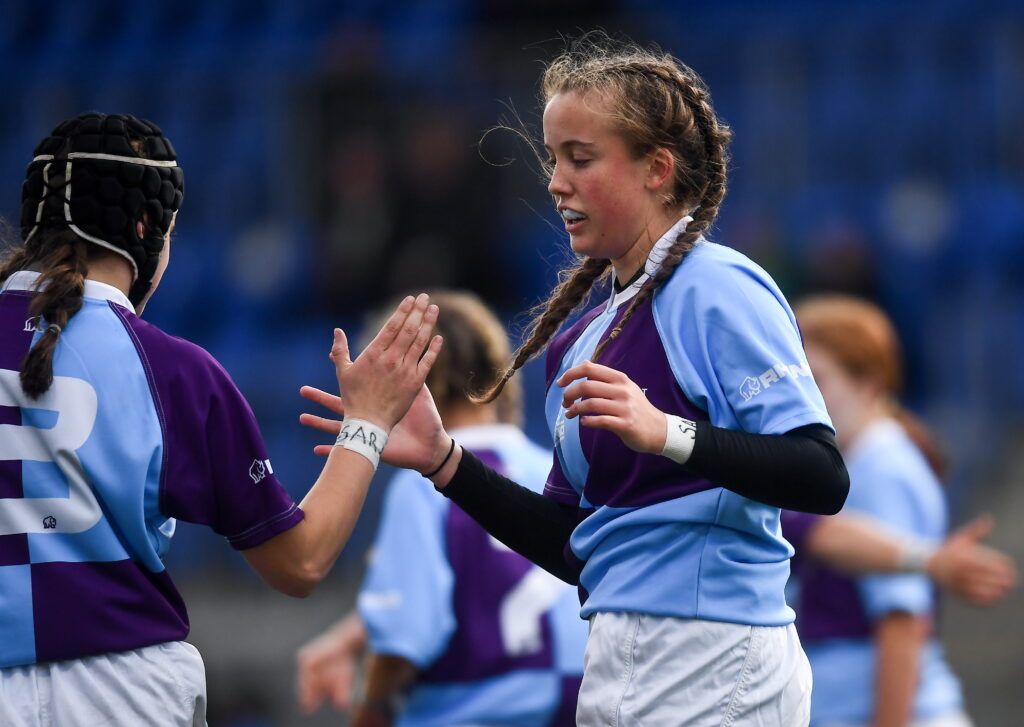 It was settling into a fine contest as South East’s forwards looked to dominate against the more expansive approach from Metro.

The quick thinking of scrum-half Eve Prendergast put Metro into reverse. Hooker Ava Kavanagh was in support and second row Jess Griffey plunged for the line for 10-5 in the 13th minute.

The play was moving from end to end, Metro centre Eva Sterritt powering forward, Brennock and Laoise McAuley going close before wing Fitzpatrick snatched her second try to level it again in the 17th minute.

With the scores came a jump in confidence as players looked for the offload, South East flanker Jess Reynolds sparking an attack which ended in hooker Ava Kavanagh smashing through for the try, converted by Fiona Long.

Straight away, South East struck from distance as wing Clara Byrne showed exemplary timing of the pass and centre Corrigan the footwork to make it two tries in two minutes for a 22-10 lead.

Metro were far from out of it. Sterritt was keen to carry up the middle and out-half Scanlan looked to bring Fitzpatrick into the game at every opportunity as the half came to a conclusion.

The South East had used the unorthodox approach to go from tap penalties even inside their own half, perhaps backing their fitness.

Metro felt they needed to go from deep. This suited South East’s aggressive defence and full-back Healy started and finished a superb move, involving backs and forwards, for a tremendous try to stretch the lead to 27-10 in the 42nd minute.

The Dark Blues were unable to break away, restricted to taking chances inside their 22 and the South East big hitters, like Orla Wafer, were content to knock them back in the tackle. 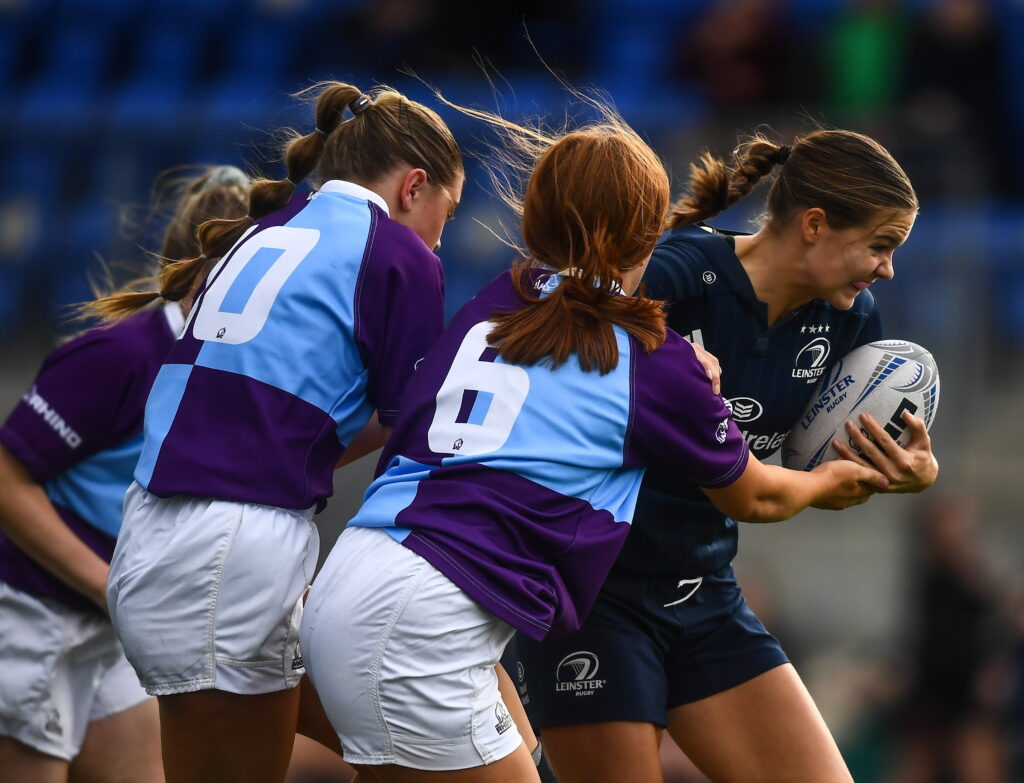 The momentum was with them. Wafer scorched over on the right for the sixth and Healy had too much pace for the seventh as South East cut loose, Healy converting for 39-10 in the 59th minute.

There was more to come, replacement Lucy O’Brien stealing yards and Corrigan coming at speed to take the ball home.

Metro had enough about them to keep going and out-half Scanlan had the evasion and speed to go from distance for a well-deserved seven-pointer near the end.