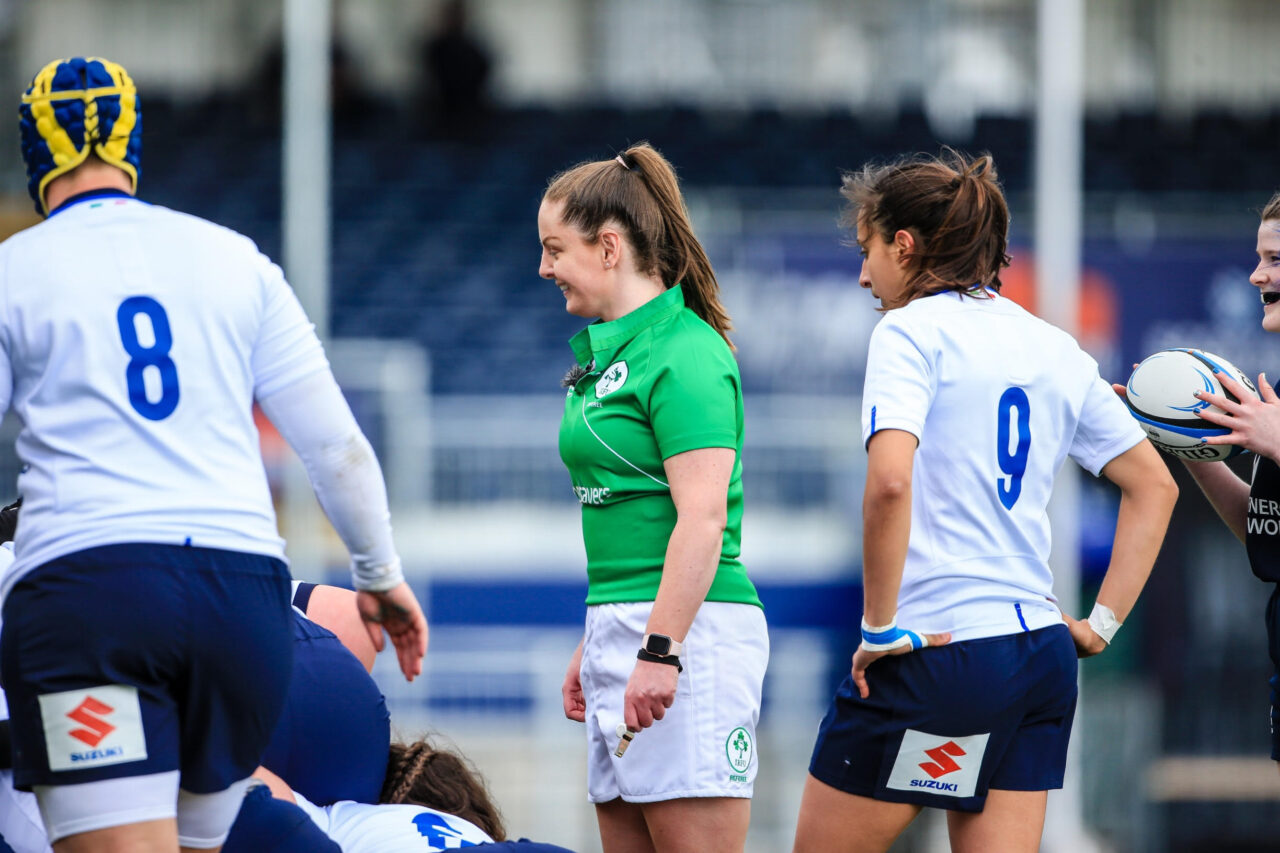 As the Vodafone Women’s Interpro Series is underway, Leinster Rugby is focusing on some of the unsung heroes making the girls and the women’s game tick across the 12 counties of Leinster.

Katie Byrne has a familiar sports-loaded childhood story from those early years in Tullamore.

“I suppose, I played camogie, gaelic football, squash, swimming and plenty of other sports when I was younger,” she says.

Rugby just wasn’t an option that was ever put in front of her until moving on to study Marketing, Innovation and Technology at Dublin City University in 2011.

“I don’t know what it was exactly, but something around the physicality of the sport appealed to me,” she says.

“It was similar enough to football in terms of the skill element, but just more physical. In female sport, typically, the referees tend to be softer on you, as in they wanted less contact”.

“Back then, there was no women’s rugby team in Tullamore. It was taking off, from an international perspective when I went to college at DCU.

“I even remember checking to see if there was a team there before I moved up, and there was. That was how I got into it, in the first place. 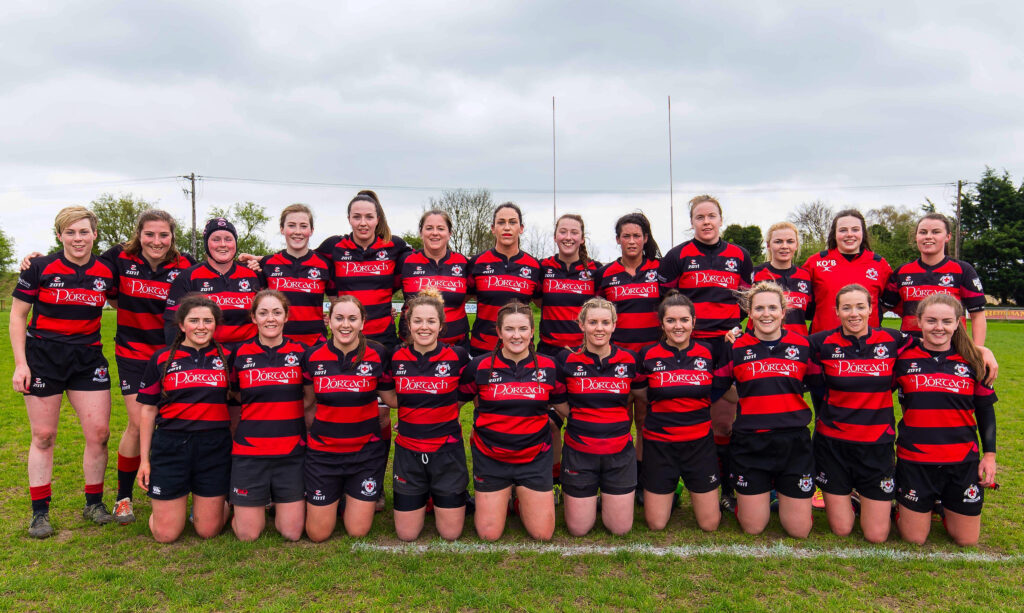 “I remember my very first game in Queens University in Belfast. Maybe, it did point to me becoming a referee on a subconscious level.

“A girl on my team was given a yellow card for pulling another girl’s hair. It was my first experience of a 10-minute sin bin. It wasn’t a part of the other sports I had played.

“Straight away, it gave me a glimpse of the values of rugby and how important discipline was to the game”

Katie is a rule-follower, not a rule-breaker, and always abhorred those who like to take shortcuts to an end goal.

“The coaches would introduce games into pre-season training with simple rules to encourage better play, like you have to pass the ball five times before you can score.

“It is also part of my make-up to have very good attention to detail. That helps on the pitch, in terms of spotting things. It is the same in my job in marketing, spotting mistakes.

“It translates into reffing. You are watching the finer details of the game all the time on the pitch, things other people might not notice.”

For seven years, Katie played rugby, two of the three seasons at DCU overlapping with six seasons playing for Tullamore where women’s rugby started-up in 2012. 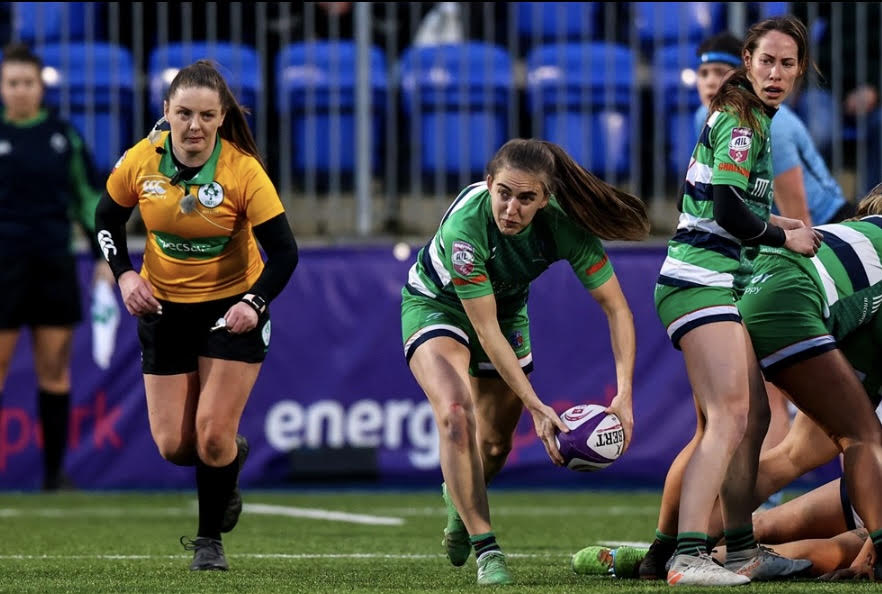 In the final year in DCU, she only had one day-a-week not involved in rugby between coaching an Under-10 girls team, gym work, training and playing for both DCU and Tullamore.

All this onfield work was done, in addition to being a member of the rugby committee in DCU as treasurer and Public Relations Officer in Tullamore.

There was also an overlap in the move from playing to refereeing, beginning on September 24th, 2017.

“I remember that was the day I did the Leinster Referees Induction Course in Terenure College,” she says.

“It was the final year I played rugby. On the same day, Tullamore were playing Railway Union in the All-Ireland League in the afternoon.

“I was late coming from the course to the game. When I got there, Tullamore were 60 points down and it finished 105-0.”

That was the infamous match which attracted an avalanche of criticism around the standard of the Women’s AIL.

“Later in the season, my love for the game had diminished. We ended up being demoted. I just wasn’t enjoying it. I was picking up injuries and decided to pack it in. That was the end of my playing days.”

The playing boots were hung up for the final time in April 2018, leaving Katie relatively free to pursue refereeing on a more serious level.

“When playing lost its appeal, I made the decision to focus on refereeing to a great extent. In October 2018, I did my trial match as a Leinster Rugby referee. 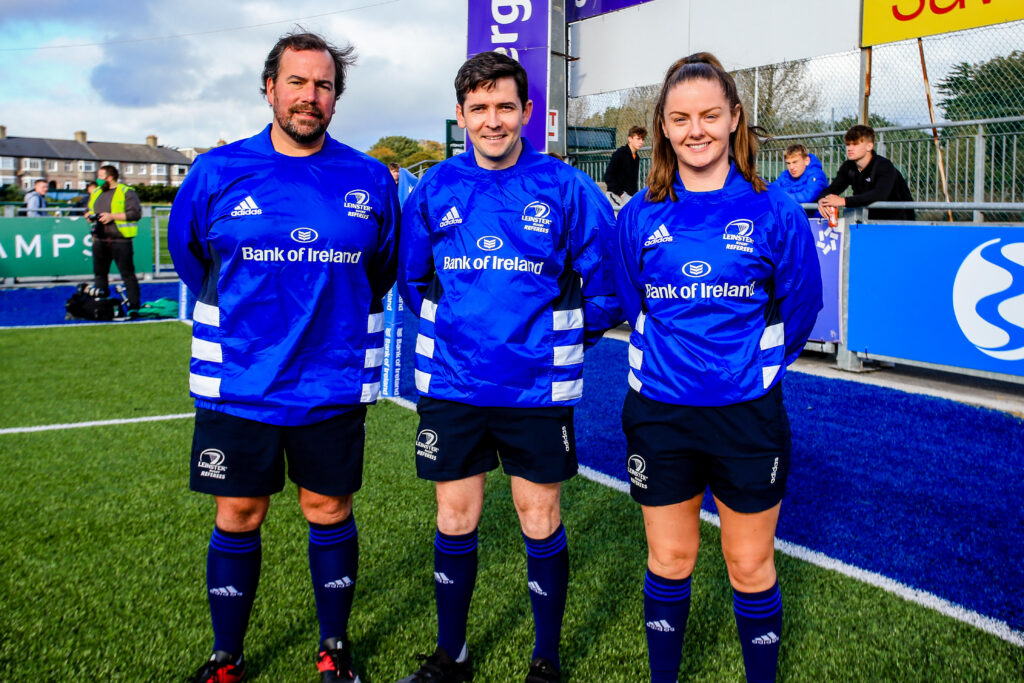 “It happened to be my first adult men’s game. It was a Metro 5 fixture between Wanderers and Greystones on a Friday night in October 2018. I had only done a couple of Women’s and youths’ games before that.

“The respect that was shown in that game, their knowledge of the rules and their response to me as a referee made a big impression on me.”

The motivation to make it as a referee comes down to the self, especially when there aren’t too many others around to lean on.

“In Tullamore, you are probably a little bit more isolated than you are in the Metro area. So much of it comes down to the individual because people are more spread out in the country.

“It isn’t as easy to come together as a group. There is a lot of onus on the individual. You have to take it into your own hands, in terms of personal development and training and the laws of the game.”

“In October 2019, in a Metro 2 match between St Mary’s and Naas, I remember feeling confident in what I was doing because I was getting the respect and I was getting the buy-in from the players. It was a pivotal moment for me as a referee.

“As a whole in rugby, the players respect the fact you are there, that you have given up your time to facilitate a game for them.”

In time, refereeing has become more than a search for respect. The competitive spirit has allowed Katie to consider what can be achieved.

“I am a competitive person. But, I never set out to get to where I am,” she adds.

“The fact is there aren’t that many female referees. That means, in terms of visibility, you don’t know what’s possible. I know we have Joy Neville. 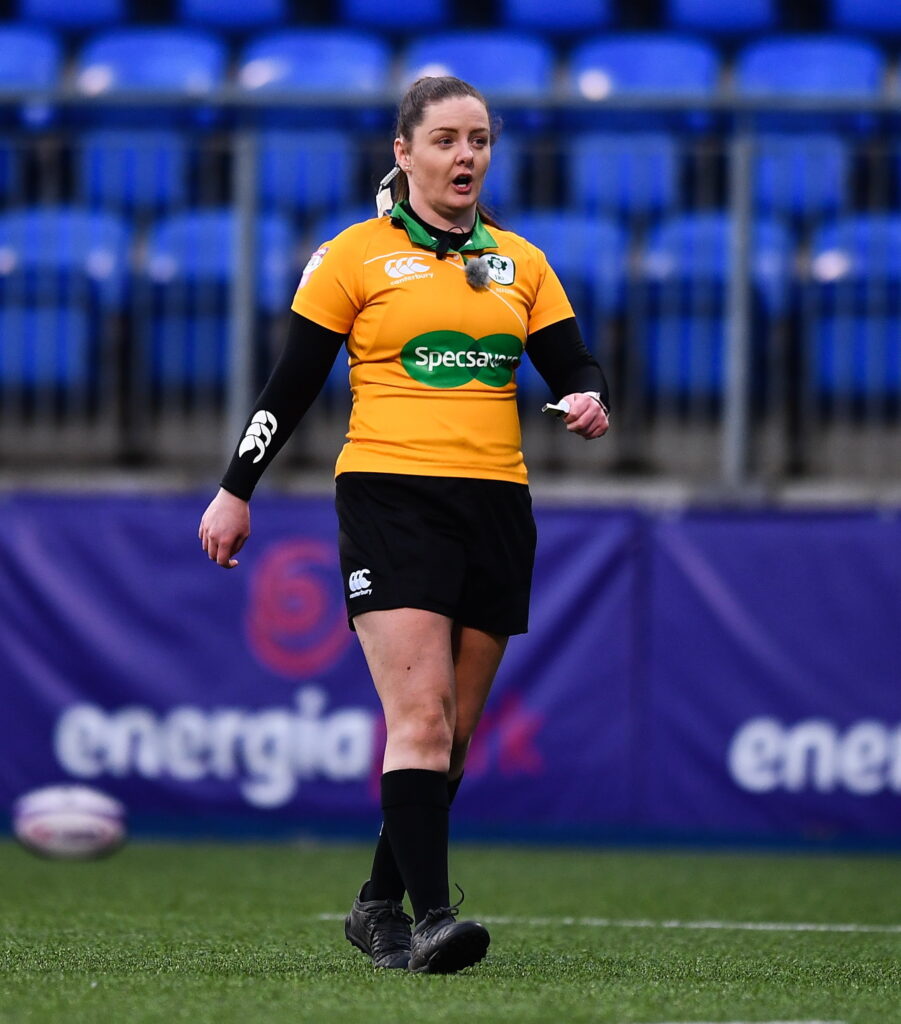 “But, you could argue that her skill and expertise in the game could be seen as a once-off as an outsider. It’s hard to quantify what it takes to get to that level.

“Each season I was on the development panel, we had to fill out a personal development form in which you stated goals.

“I never once wrote that I wanted to get into the AIL. I didn’t think that was possible. I didn’t know if I had the expertise or the skill or whatever was required.

“Now, I take it on a season-by-season basis and every next step is a bonus.

“Last season, the goal was to get onto the National Panel of referees. I have done that now.

“At the start of this season, I was selected to referee a Leinster Senior League match between Wanderers and MU-Barnhall and have been appointed to a number of 2C fixtures in the All-Ireland League. Once you hit a certain milestone, you focus on the next goal. Maybe now I can consider making it to 2B and even 2A.

“In terms of the Women’s game, I did a Girls U18 Six Nations match in April over in Scotland. A taste of that has made me consider whether a senior Women’s international is possible.

“Just to do one and tick it off the bucket list would be nice.”