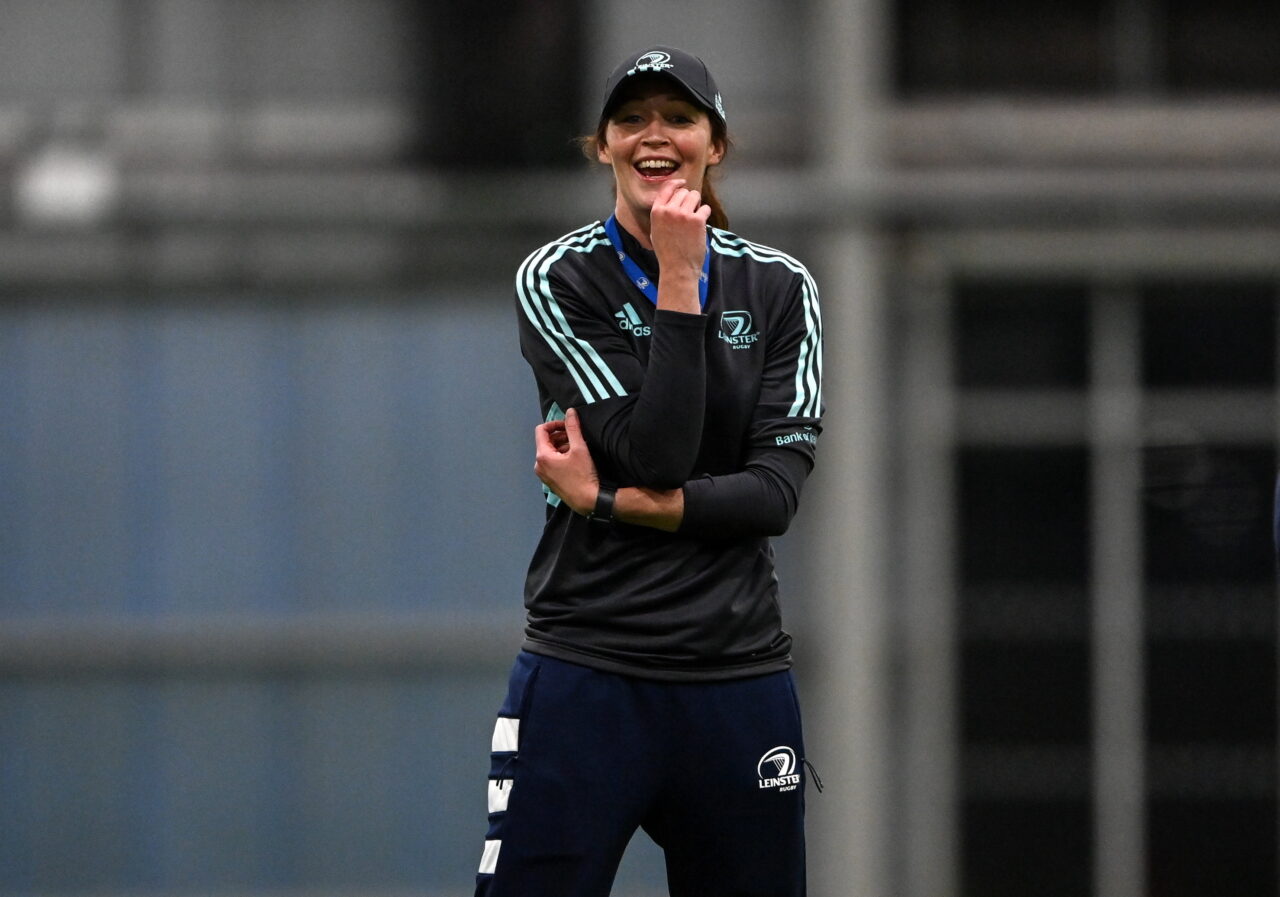 As the Vodafone Women’s Interpro Series is underway, Leinster Rugby is focusing on some of the unsung heroes making the girls and the women’s game tick across the 12 counties of Leinster.

Marie Louise Reilly, universally known as Maz, and Devin Toner had more than their height in common.

“We actually went to the same primary school in Moynalvey,” she says.

She shared with Devin the accolade of being listed as the tallest player at the Women’s and Men’s Rugby World Cups, Reilly representing Ireland three times at that exalted level.

The global reputation of Reilly as a shrewd operator at the lineout was perfectly summed up when Ireland hooker Gill Bourke got her hands on England’s lineout notes for a Six Nations match at Ashbourne RFC in 2011. 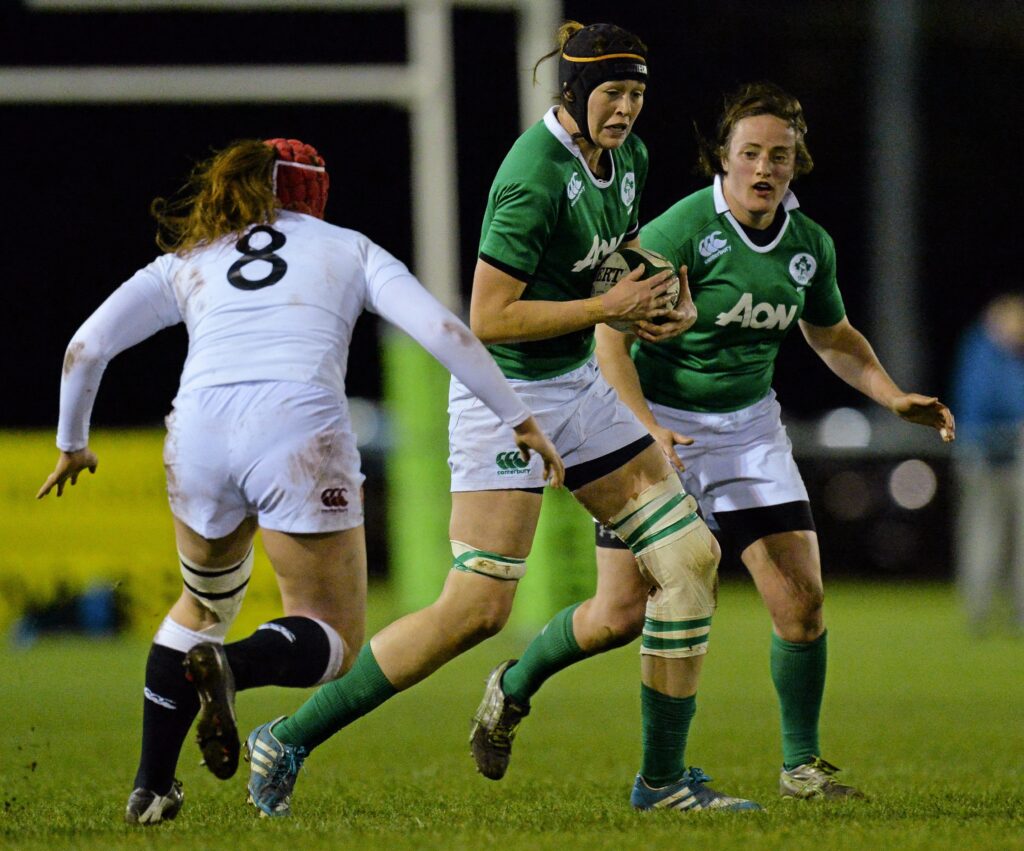 “I was referred to as ‘the jolly green giant’ in their analysis,” she laughs.

In the beginning, the Reilly’s lived in Weatherby just outside of Leeds where the streets were the place Maz, her sister Christina and brothers David and Kieran honed their soccer and gaelic football skills.

“My initial introduction to sport came in the streets with my brothers and sister and other local kids. Mum and dad were always willing to support all of us by bringing us to Gaelic at the weekends and to soccer training and matches during the week.

“My Dad (PJ) is from Belmullet in Mayo and my mum (Marie) is from Kerry, so they knew a thing or two about ball sports and are both hugely interested in all sports to this day.

“I have two older brothers and one younger sister. When you are younger, you are just out on the street playing soccer and gaelic football until you get called in for dinner.”

Maz spent her childhood watching and playing, picking up tips wherever she could from her family and from coaches.

“I remember one day in school David took me by the hand and brought me up to the teacher.

“He said: ‘my sister deserves to have a trial like the rest of the boys.  She should be given the chance to play.’

Maz trialled and earned her place on the team as the first girl on the boys’ team.

After moving to Summerhill in Meath, Maz continued to play both soccer and gaelic with local clubs.

When she entered secondary school in Kilcock in Kildare, Maz was immediately spotted coming in the door of Scoil Dara. 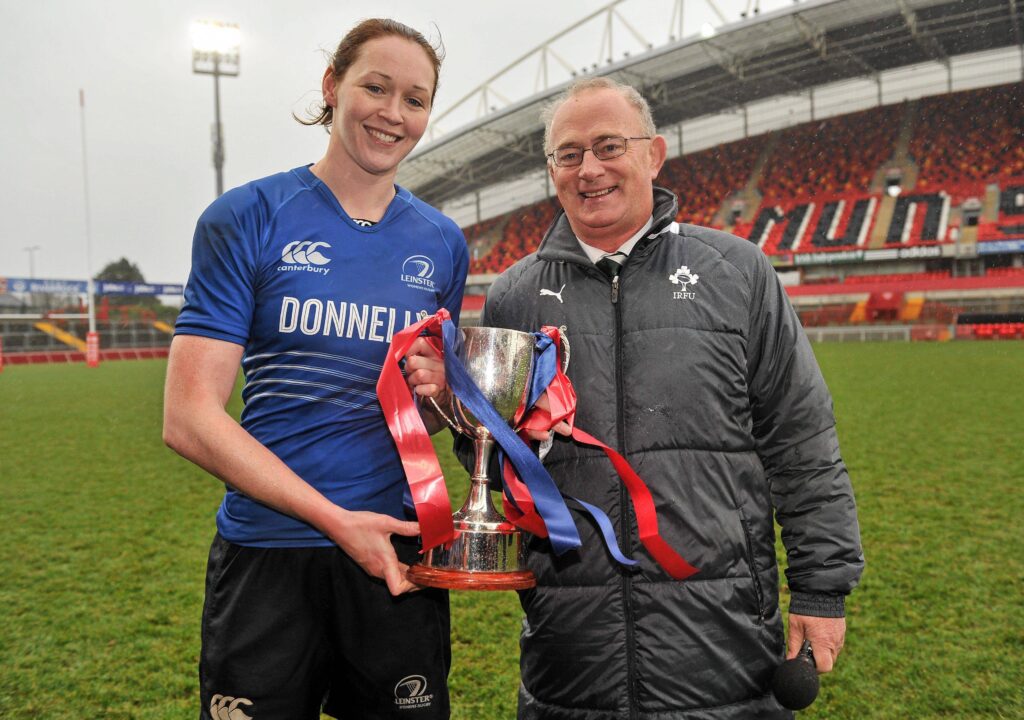 It was impossible to miss the 6’3” tall woman in college at the Institute of Technology in Tralee where a friend Deirdre Dennehy roped a reluctant Maz into playing rugby.

The initiation into the game came at full-back where kicking the ball came naturally before her obvious frame made her a natural for the second row.

Fast forward to 2017. Maz knew it was the right time to step away from the field of play after seven seasons and 54 caps for Ireland.

“You miss the banter from playing. You miss the game, in terms of having a challenge and focus every week. It was how you punctuated your year, through different competitions with different teams.

“Even now, when I look back on my life, I tend to think of years in relation to my rugby career, you know, like ‘oh yeah, that was around the time of the World Cup in England, or the Grand Slam year.”

She moved into coaching at Old Belvedere for three years as a forwards coach and then as joint-head coach with Nora Stapleton.

“I actually think the interest in coaching comes from my family.  We all have a huge interest in sport and we get involved all the time as players, coaches or supporters.

“My brother David coaches his Gaelic team in Spain, Kieran coaches rugby in Listowel and the rest are avid fans who get out to support matches throughout the year.

“When I finished playing, it was a natural progression to stay involved in the game by going down the coaching route.”

There was also an advisory role for Kerry Rugby, an amalgamation of four clubs from the kingdom, encompassing skills development, match day preparation and season-planning. 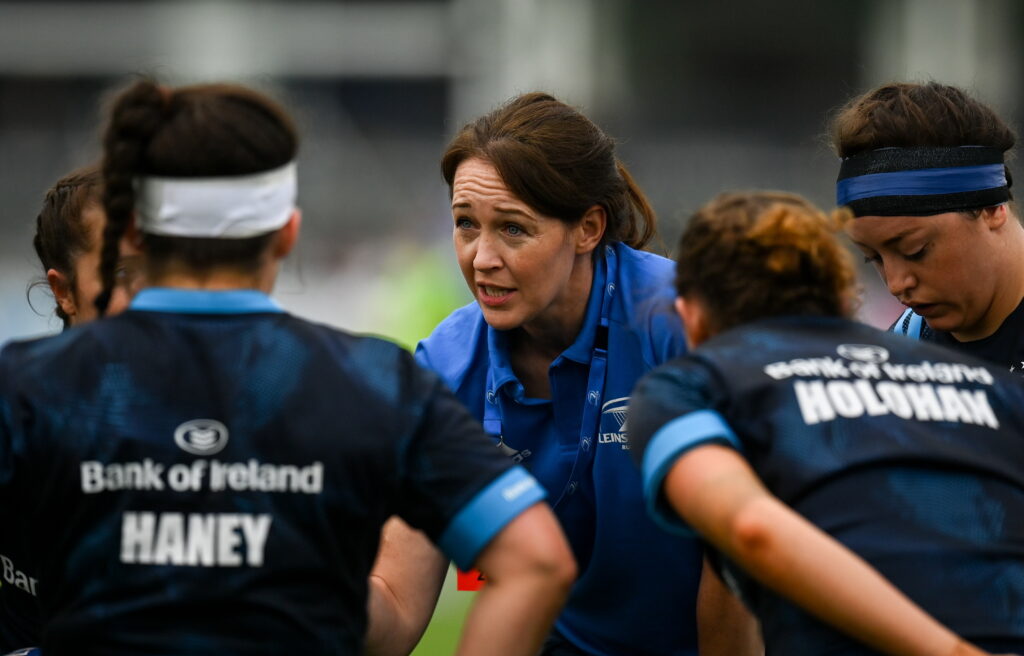 While learning her coaching trade at OB and Kerry, Maz was also asked to assist the Leinster Women Team Manager Lorna Quinn.

Last season, head coach Phil de Barra and forwards coach Tom McKeown could see that Maz had something to offer and the lineout became her responsibility.

A change of guard has seen Tania Rosser become the lead coach. Maz has been retained to oversee the lineout.

“Lineouts can be the winning and losing of the game,” says Maz.

“If you look at the Women’s World Cup final, it all came down to that lineout at the end when New Zealand managed to stop England.

“It is a mini chess game within the game. When you have a deep understanding of the nuances within the lineout, it is a very enjoyable part of the game.

“At the same time, the aim is to win the ball, so it’s important to refine the basics to build a strong foundation.

“As Michael Jordan said: ‘get the fundamentals down and the level of everything you do will rise.’

“The lineout can have a huge influence on a game, from nullifying the opposition attack to creating scoring opportunities for your team. They can also affect team strategy, in terms of the kicking game you implement.”

The role of any coach begins with effective communication. The practical approach comes down to the details.

“My philosophy is that if you are having fun in a session, you are in a space where you are more willing to try things, make mistakes, learn, try again.

“Someone said it before about Donncha O’Callaghan, he was seen as a joker. But, when it came time to focus, he knew when to switch on.

“You have to create an atmosphere where everyone feels comfortable, but also challenged. In other words, get comfortable with being uncomfortable.”

In terms of influences that shape her coaching style, Maz cites the input of family in how you treat people and support people, Philip ‘Goose’ Doyle from her days with Leinster and Ireland and Fiona Coghlan as Ireland captain.

It doesn’t end there as Maz is always eager to learn and develop from Craig Ronaldson at Wesley College – Maz coaches the girls Junior and Senior teams – and FAI high-performance coach Ian Hill, a colleague at Dublin City Council where she works as a Sports Development Officer.

“I meet Ian on and off throughout the year to bounce different ideas off him, coaching philosophies, how you overcome challenges and strategies around communicating with players,” she says.

“In Women’s rugby, a team is usually a diverse group regarding training age and level of experience.

“You always have to have an open mind in recognising players’ current abilities and also the exciting potential for further development whether that be technical, tactical, physical or mental.

“Even the most experienced players, who can sometimes be overlooked,  have room for development and more to add to their game.

“As a coach, your aim is to support people to be better versions of themselves.”