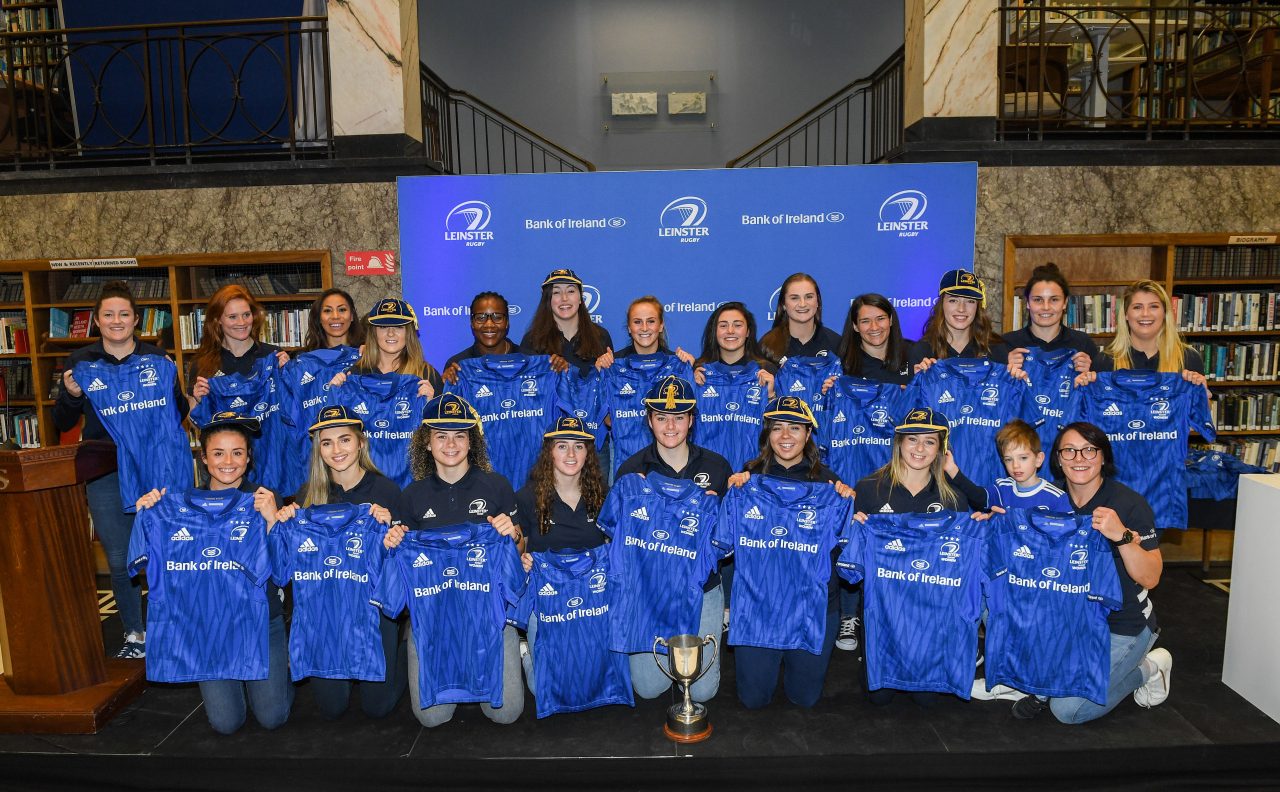 The Leinster Rugby Women’s squad, crowned the 2019 Interprovincial Champions in September, were awarded with their first caps and jerseys on Saturday in a ceremony kindly supported by Bank of Ireland.

The presentation was held in the RDS Members Bar on Saturday, after the men’s side overcame Benetton 33-19 in their opening Pool game of the Heineken Champions Cup.

The event saw eleven players receive their first caps, while all the members of the squad were presented with their jersey from the title-winning campaign this autumn.

Blackrock College RFC’s Hannah O’Connor was also presented with the team’s Player of the Year award. It has been a great year for O’Connor who also gained her first Ireland cap this month in the Test match against Wales.

Their season has not finished just yet as the squad will go on an historic trip to London in December, where the first-ever friendly between the Leinster and Harlequins Women’s teams will be played at Twickenham Stadium on 28 December.

The game will be played as part of a doubleheader with the Gallagher Premiership clash between Harlquins and Leicester Tigers.