Women’s U-20 Inter-Area programme gets underway 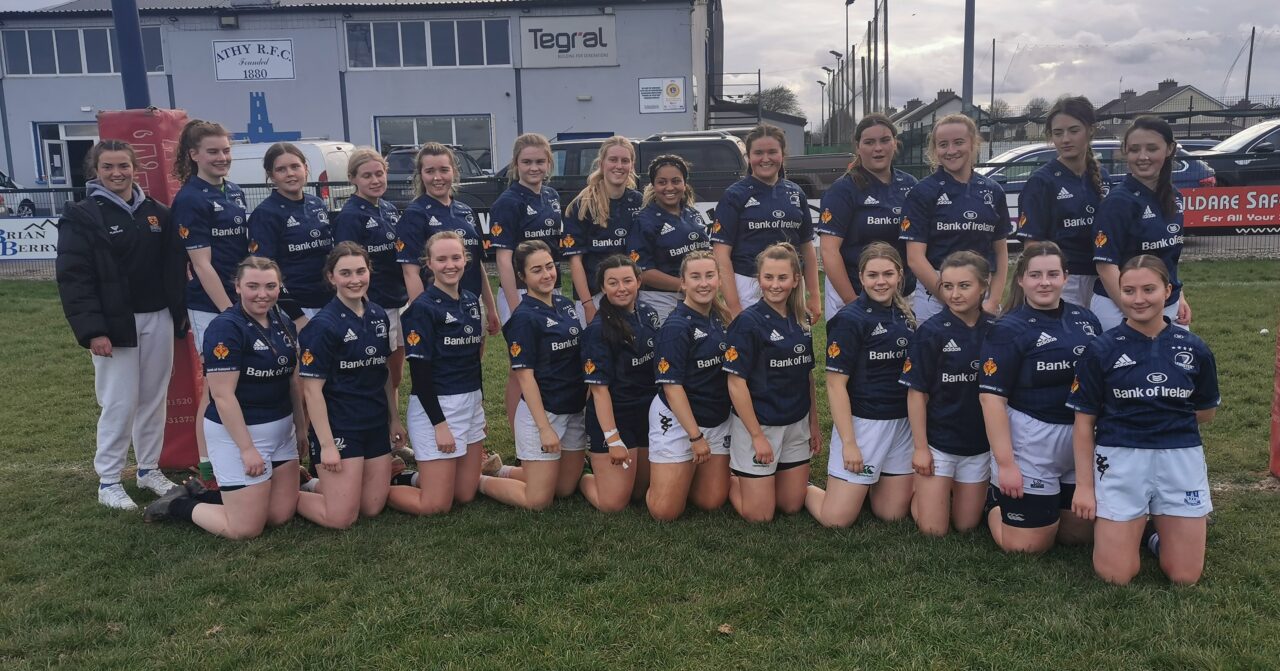 While there has been a significant welcome increase in the number of girls playing and involved in rugby at all age levels, there continues to be a drop-off at age 18.

Leinster Rugby women’s section looked for a way in which we could allow these players to transition from youths into the adult game and maintain their enjoyment of rugby.

Working with the five Area Committees in Leinster, we are introducing a support mechanism within the players’ areas that will allow them to continue their pathway to be the best they can be at the level they chose to participate at:

Under the leadership of the committees, we have kicked off an U-20 games programme, the first games of which took place on March 30.

A bitter north easterly wind did not impact on the players who were well supported by a large crowd on the banks around the Athy RFC – it being a normal youth training night at Athy, many of the parents came over to watch the game.

In addition, the North Midlands Area Committee moved their monthly meeting to Athy in support this initiative. Also attending were representatives of the Metro Area Committee and the President of Leinster Branch, John Walsh.

The game itself saw the North Midlands side, who had a significant number of former U-18 Area and Leinster players among their squad, display a high level of ball handling skills among both the backs and forwards.

With a spread of players from Athy, Naas, Port Dara and Portlaoise, the squad had a number of preparatory training sessions at Cill Dara over the last six weeks. As a consequence, the home side were able to take full advantage of early possession utilising the pack to run in three unconverted tries in the opening quarter.

Not to be outdone, the three-quarters demonstrated excellent handling skills linking with the pack through crisp passing from the half-backs who were lively throughout. It was clear that while this group of players had not played as a team since they were teenagers, the old relationships had quickly returned.

Strong support running to the powerful ball-carrying forwards led to more tries for the three quarters before half-time. At the turnover, the North Midlands led 31-0.

The second half was a more even affair. The Metro pack took the game to the home side and forced a number of turnovers. Hard driving by the back row meant that the game was now at the North Midlands end of the ground.

The home side held out for the opening 15 minutes before conceding a converted try. Having brought on their replacement players, the fresh legs took advantage of the open spaces arising from the Metro commitment to attack to run in a further three tries.

It was great to kick-start the first round of the programme with each team getting together after a few training sessions in their areas.

The South-East had the first try of the evening, with Naoise O’Reilly getting over the line, with Aoife Codd, Jen Madden, Alice Brennan, Eve O’ Dwyer and Sophie Roughan also scoring before half-time.

In the second half, there were tries from Mia Kelly (2), Faye O’ Neill, Lucy Egan, O’Reilly again and Ciara O’ Leary who got the last try of the game for the South-East.

North East finished the game on the offensive and were unlucky not to score before the final whistle.

The score line didn’t reflect the effort and commitment of the 15 players from the North-East team, who were up against a 21-strong squad from the South-East.

Both areas were delighted to take part in their first match of the tournament and play with familiar faces from other teams in their area, who were their usual opposition, with some players returning to rugby after a few seasons.