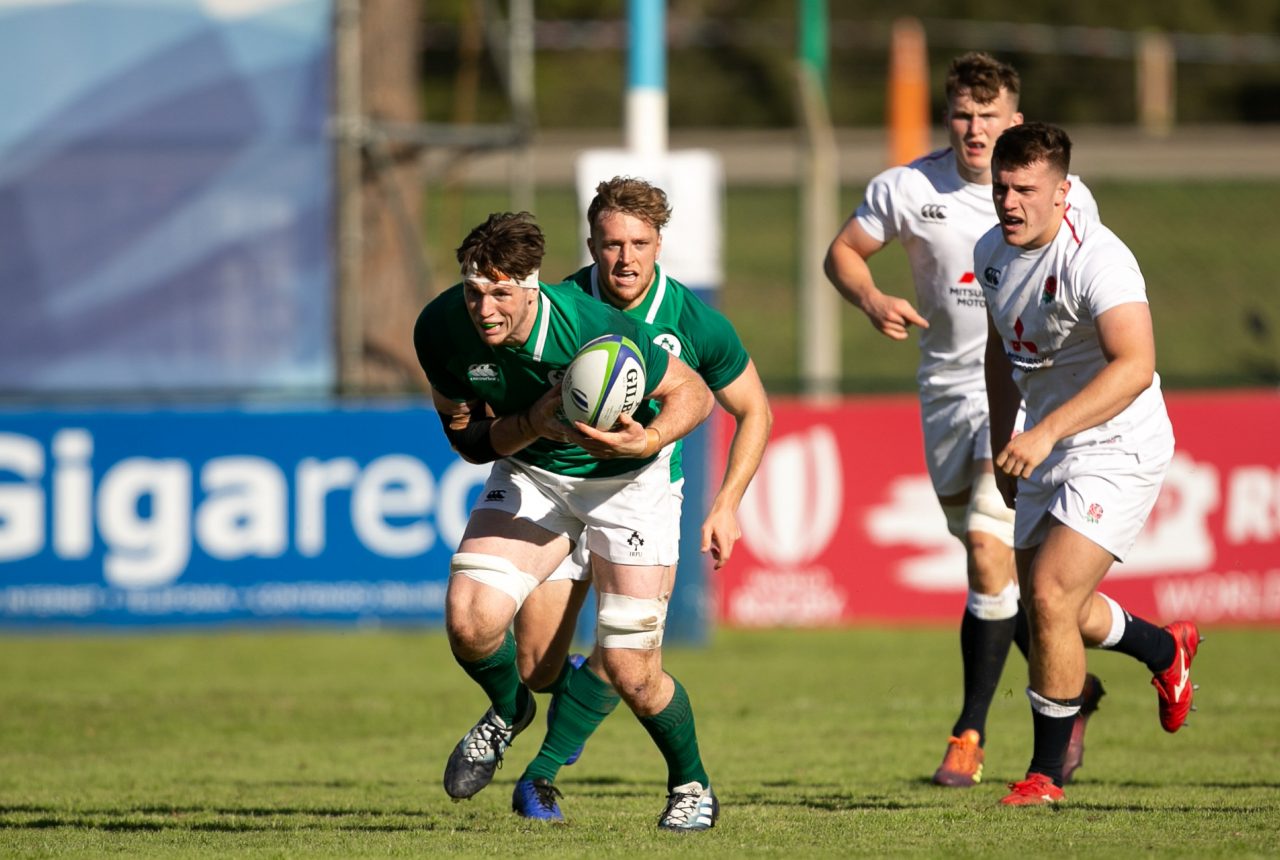 Ireland U20 have completed their second win over England at this  grade this season, scoring a brilliant 42-26 bonus-point win in the World Rugby Under-20 Championship.

The Grand Slam champions cleverly capitalised on England’s indiscipline (two sinbins and a second half red card for hooker Alfie Barbeary) to seal the impressive victory.

Tries from Jake Flannery and debutant Stewart Moore had Noel McNamara’s team in a 14-13 half-time lead after initially trailing 10-0.

England also led 21-14 before a third quarter brace from David McCann put Ireland back in the ascendancy.

Barbeary’s red for dumping John Hodnett onto his shoulders allowed Ben Healy to attack the short side of the scrum and dive over before slotting a wonderful conversion from the touchline making it 35-26.

Hodnett rounded out the scoring in this Pool B opener six minutes from the end, driving over from close range after a few of his teammates in the pack had been stopped short.

Ireland’s next game takes place on Sunday against Australia in the same location at 2.30pm (Irish).