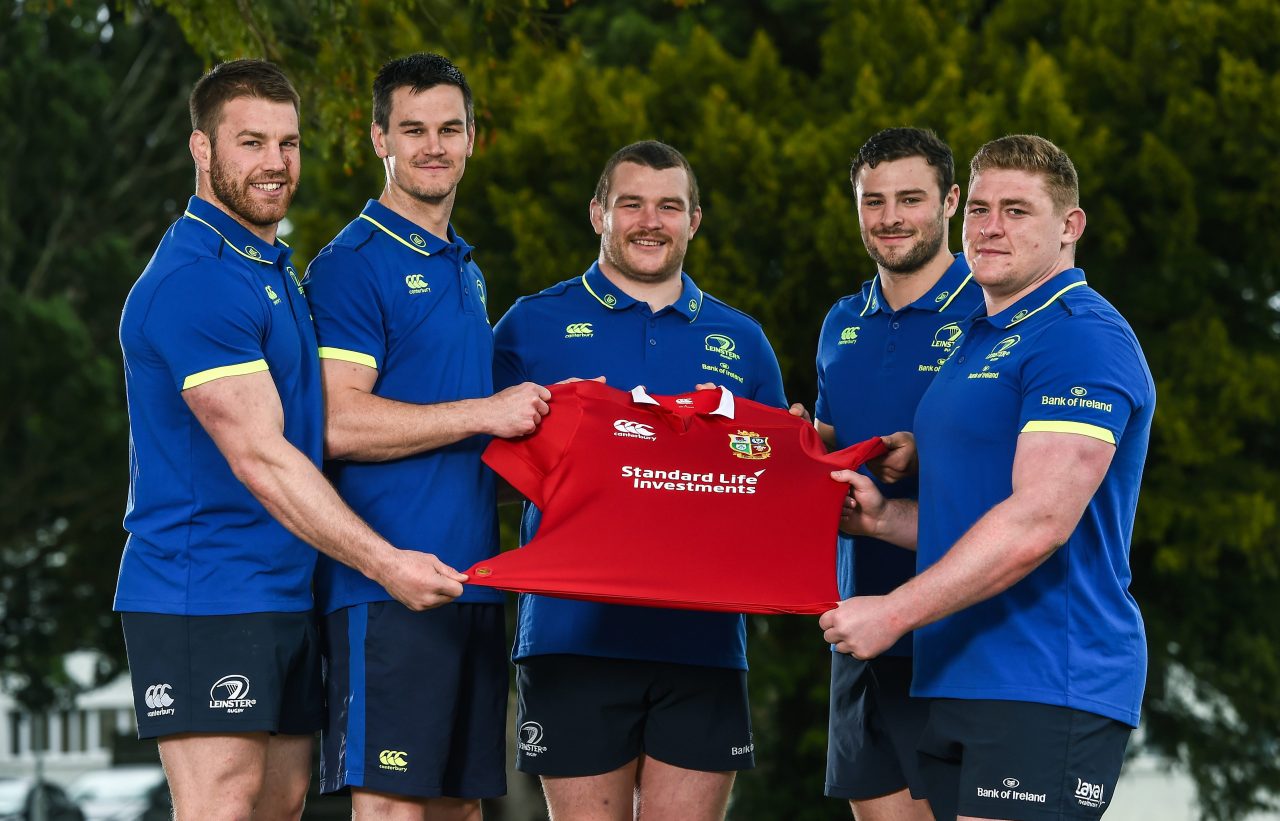 Having come through the Leinster Youths system with New Ross, Tadhg Furlong made his Leinster debut in 2013 and has so far made 64 appearances for the province.

The Wexford native only made his first Champions Cup start for Leinster as recently as last January in the RDS against Bath but has since gone on to become a mainstay of both the Leinster and Ireland scrums.

He made his debut for Ireland in August 2015 in a World Cup warm up match against Wales and has gone on to represent his country on another 15 occasions. Westmeath man Robbie Henshaw joined Leinster Rugby in the summer of 2016 in time for the 2016/17 season and has since represented Leinster on 11 occasions scoring three tries in the process and all in the Champions Cup.

The six foot three centre has represented Ireland on 29 occasions and has won two 6 Nations titles since his debut in June 2013 against the United States. The loose head prop has been capped 41 times by Ireland since his debut in the 2013 November Series against Samoa. He scored his first Irish try in the 2014 6 Nations against Italy. Tullow man Seán O’Brien came through the Leinster Rugby Academy and was part of the successful Ireland U20s side that achieved a Grand Slam in 2007.

He made his Leinster Rugby debut a year later in September 2008 against the Cardiff Blues and made 19 appearances in his debut season scoring three tries. Since then he has played a key role in domestic and European success and was named the ERC Player of the Year in 2011.

He made his Irish senior debut in November 2009 against Fiji and has gone on to represent his country a further 48 times.

This is his second British & Irish Lions tour having played in the successful tour of Australia in 2013. The 31 year old St Mary’s outhalf tours for the second time with the British & Irish Lions having been the starting ten in the tour to Australia in 2013.

Sexton made his Leinster debut over ten years ago in January 2006 coming off the bench against the Border Reivers. Since then he has amassed 1,200 points in the blue of Leinster in 134 appearances and has played a key role in three Heineken Cup wins, a Challenge Cup win and two PRO12 titles.

He made his Irish debut in the RDS Arena against Fiji – the same game as Seán O’Brien – in a 42-6 win for the home side. He scored two penalties and five conversions on his debut and has since scored 612 points in total in his 66 Irish appearances.