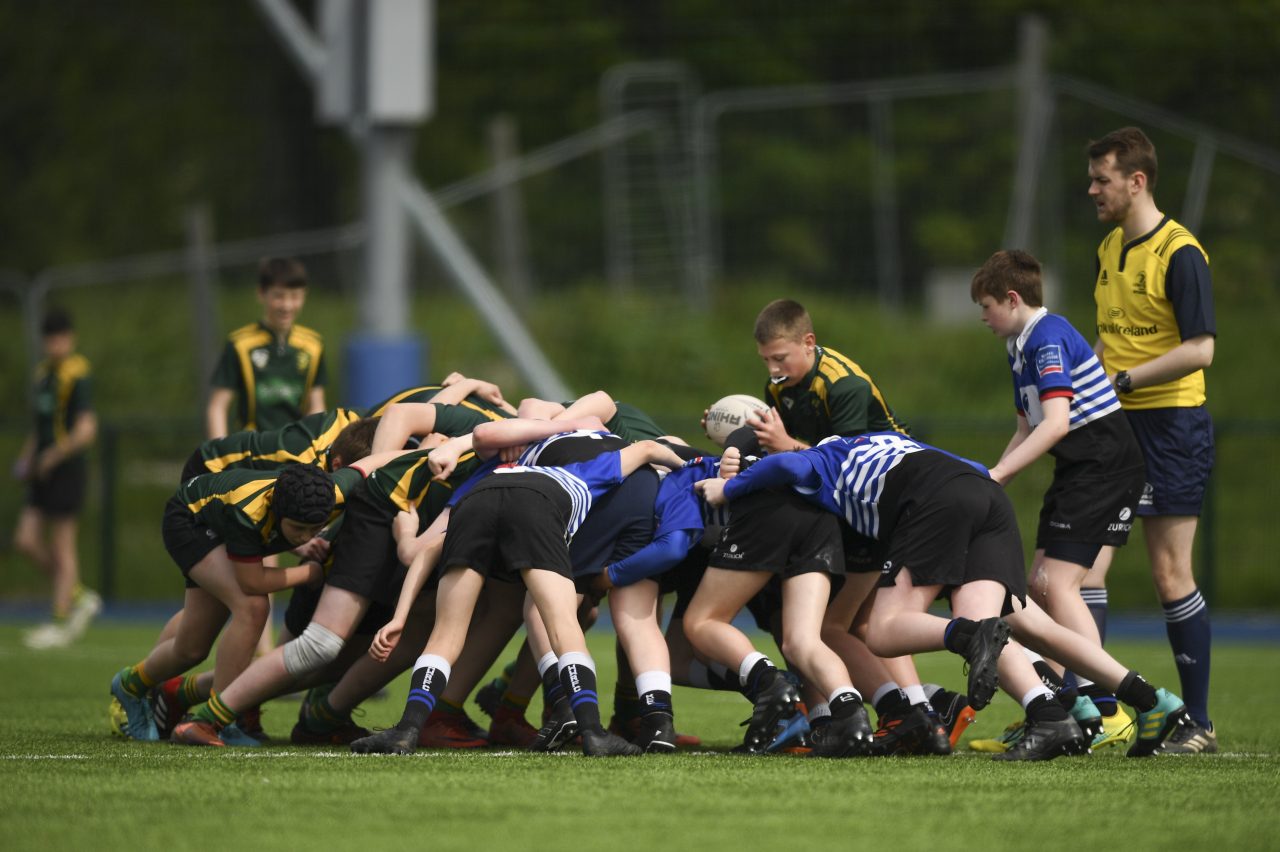 The Leinster Rugby Youths Committee was established in the late 1970s following the development of youth rugby by Tom Kettle, Balbriggan RFC and Dave O’Daly, Navan RFC. Youths rugby was in its infancy in the province with Balbriggan very much at the forefront of its development in Leinster.

The purpose of the Youth Committee was to develop rugby and regulate competitions within the sector. The early competitions were for Minis, Under-13s, Under-15s and Under-17s with five under age Provincial Cups, the Kettle, McGowan, Coyle, Culleton and McAuley Cups, competed for each year at these levels. Competitions have now extended to girls and boys at all age grade levels as well as festivals for the Minis.

During the mid-1990s the registration and card system was developed and headed up by Hugh Woodhouse, Mullingar RFC, a long established member of the Youth Committee with over 40 years of service to youth rugby. The registration system was brought in to ensure that players were playing at the correct grade.

Speaking with Hugh, he remembers in the early days of the system clubs submitted a birth cert and photo into the branch and the details were put onto card, stamped on the back and laminated. Today technology has made the process less arduous and more efficient for everyone. The registration system was formally adopted by the IRFU in 2000.

The development of girls rugby has been growing exponentially over the past decade and is testament to the commitment by Leinster and the Youth Committee to this sector of the game. The girls compete in two competitions, a league and a cup, as well as representative rugby for their areas.

Over the decades this committee has grown from strength to strength and is undoubtedly the backbone of the success of youth rugby in Leinster. With the growth of youth rugby came the necessity to extend the youth committee to deal with the extra work load this brought with it.

Currently the Youth Committee is made up of 25 members including Chairperson, outgoing Chairperson, Secretary, IRFU registrar, reps from each of the provincial areas, five Metro, two from the North East, South East, Midlands and North Midlands. Additionally there are representatives from the Schools, Referees, Girls and PR Committees. All of these members are volunteers. 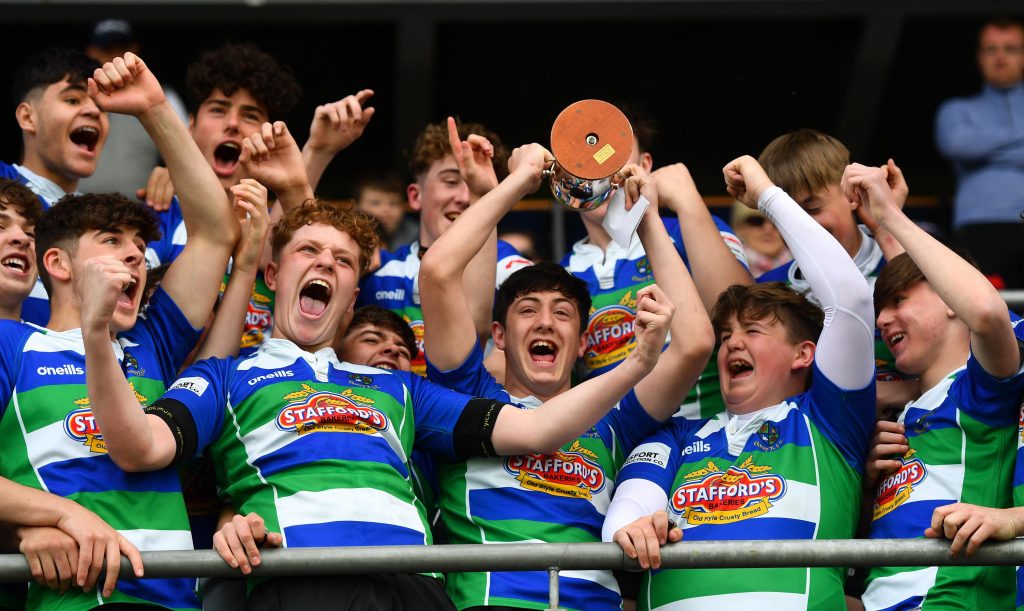 “It is a privilege to Chair the Leinster Youth Committee for the 2019/20 season and to work alongside the members of the committee who work tirelessly to provide rugby for boys and girls from the start of their rugby journey through to the senior ranks.

I am particularly delighted with the increase in the number of girls playing rugby, a huge debt of gratitude is owed to the club volunteers who continually give of their time freely to promote and develop our game for all to enjoy”

The committee meet each month from August through to May with the final meeting being a wrap up of the season, the AGM and the first meeting of the new committee elected for the incoming season.

The role of the committee is extensive, encompassing representation of 52 affiliated clubs around the province for minis and youth players. This will include the minis festivals, youth competitions, schools youth competitions, player transfers, registration of players, collection of competition fees, organisation of finals venues, medals and trophies.

Regulations for the game are established, reviewed and approved on an annual basis for the incoming season. These are subsequently further approved by the rugby and executive committees respectively.

There are five mini festivals including the Kettle, Coyle and O’Daly festivals and two girls festivals which are run by the Mini Committee creating an opportunity for the players to gain non-competitive pitch experience in preparation for their transition to youth rugby. 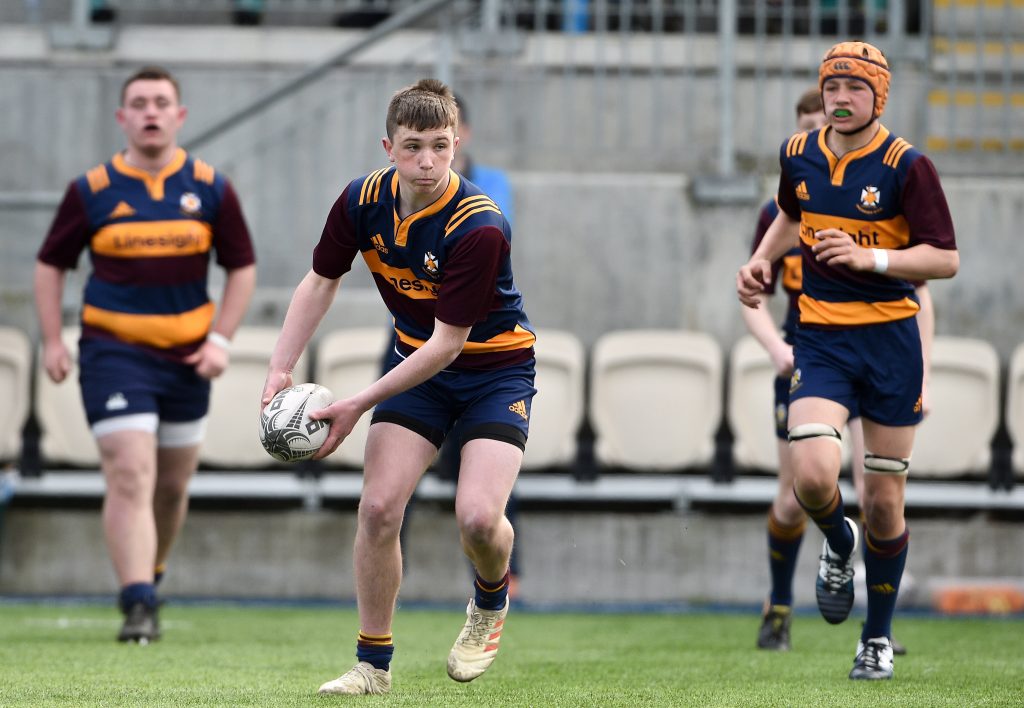 At youths level, 66 competitions are run by the Competitions Committee over the course of the season with 7,500 players taking part. Competition co-ordinators are appointed at each age grade to ensure the smooth running of competitions and to deal with any queries that arise before, during and after games. The season culminates in 66 finals encompassing approximately 1,400 players. The Under-13s to Under-15s finals for Schools Youth and Youth players take place in Energia Park over two days of the May Bank Holiday weekend. All other finals are located in neutral venues around the province. This season the girls cup finals take place in Energia Park on December 15 opening the first round of finals of the season in the province.

“I have been involved with the Competitions Committee for nearly 10 years now, during this time the game has evolved substantially. It takes a lot of time and effort to set up and ensure the smooth running of competitions during the season and it is thanks to all the work by competition co-ordinators that this can happen. It is very rewarding to reach finals days and to witness the success of all the teams taking part”

It is difficult to put into a few words all the work that is undertaken by the Youths Committee but without the hard work and dedication of these people youth rugby would not be what it is in Leinster. It also should be remembered that the commitment and co-operation of clubs around the province plays an integral part of this success.