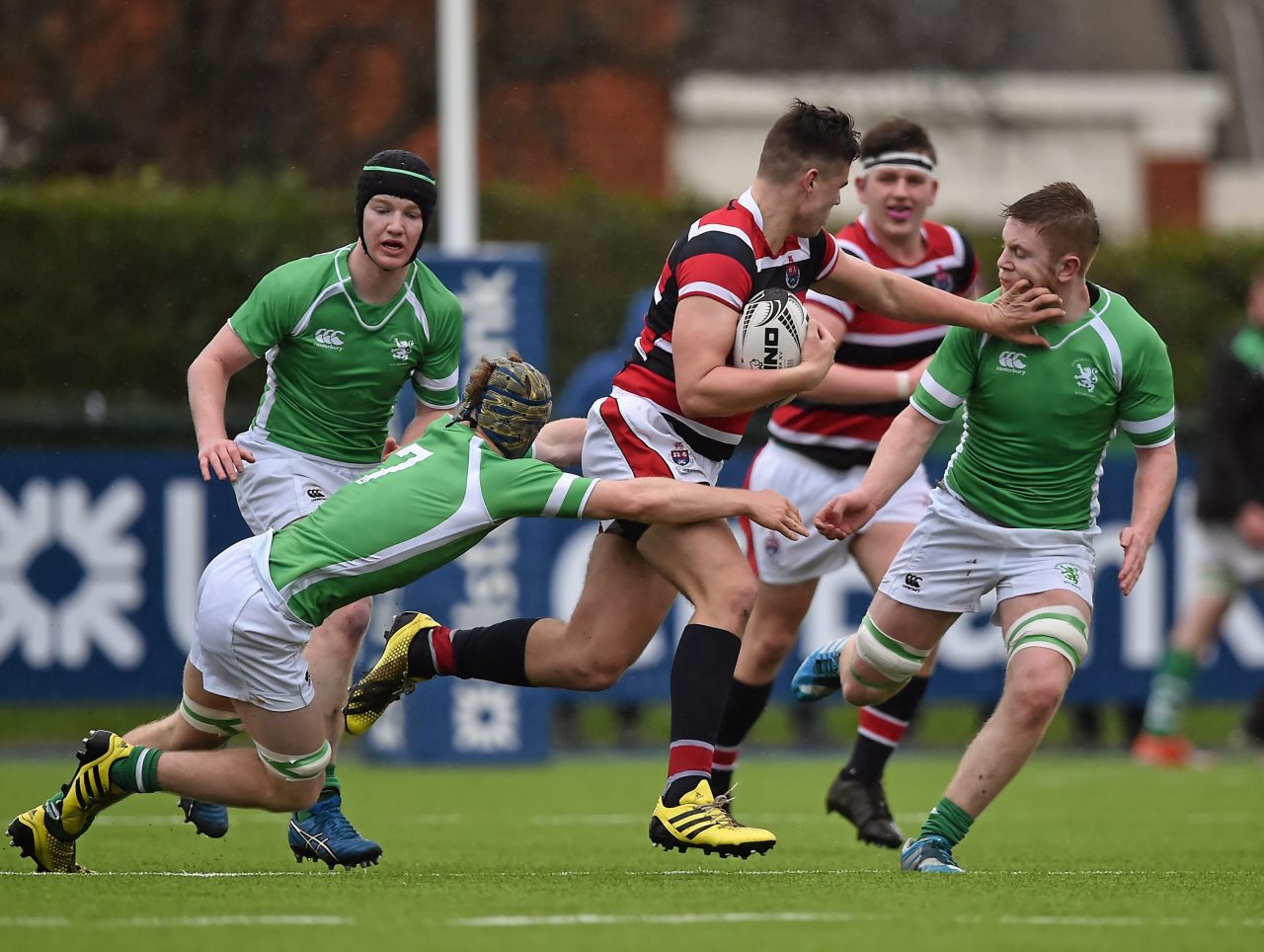 Gonzaga had to come from behind twice to overcome a resolute Wesley to make the Bank of Ireland Leinster Schools Senior Cup quarter-final at Castle Avenue on Thursday.

‘Zaga were hit with the loss of their captain Barry Goulding in the warm-up with Michael O’Kennedy introduced to the inside centre berth.

This wouldn’t have helped in the opening skirmishes, although Wes’ suffered the loss of their scrum-half Bill Corrigan to injury early on.

Wesley wing Tim Spencer seized on an interception inside his own 22 to show genuine speed in taking it all the way to the bank for out-half Adam Curry to convert.

It took all of Gonzaga’s patience to create the platform for centre Harry Brennan to square it as a consequence of Oran James’s conversion, leaving it 7-all at the break.

Wes’ had to go back to basics and they did this well enough to earn a penalty which Curry struck for a slender lead again.

This is where the power of Gonzaga’s resources came to the surface as replacement hooker Alex McEvoy forced his way to the line for James; conversion to confirm their move to a 14-10 lead for the first time.

It was a shaky advantage in that Wesley were still within striking distance.

They just couldn’t exert enough control without their number eight Stephen May to pull the winners out of position.

The final say fell to another replacement Harry O’Grady in registering Gonzaga’s third try in injury-time.