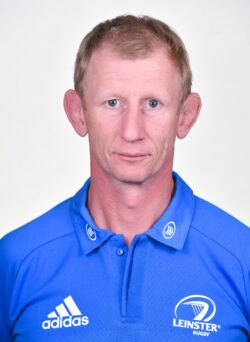 Former Leinster captain Leo Cullen made his bow for the province in the same season as teammate Gordon D’Arcy but a two season stint in England means the Wexford centre holds a caps advantage over the passionate Newtownmountkennedy lock.

The former Blackrock College player first appeared in blue in 1995 but made his senior debut during the interprovincial and Heineken Cup matches of the 1998/99 season.

In 2001/02 the Celtic League appeared on the scene and it coincided with one of the best seasons in Cullen’s fledgling career and a fantastic year for Leinster that saw them capture the title. That summer he was included in the Ireland squad to tour New Zealand, appearing for the national side in June against the All Blacks.

The Wicklow man gained 32 Irish caps during his career and had the honour of captaining his side against Russia, in Rotorua, during the 2011 Rugby World Cup. He also captained Ireland against Scotland a month previous.

Cullen’s service for the province was disrupted by a two-season spell with Leicester Tigers. He enjoyed huge success at Tigers as the English side took home the Guinness Premiership and EDF Energy Cup in 2007. They were denied the treble when Wasps defeated them in the Heineken Cup Final at Twickenham. The following season saw Cullen tempted back to the Leinster set-up.

Under coaches Michael Cheika and Joe Schmidt, the influential lock played a vital role in transforming Leinster from nearly-men to consistent performers and determined winners.

Early signs were shown when the side won the Celtic League that season. For 2008/09, Cullen was handed the captain’s armband. Nine months later, he was raising the Heineken Cup trophy aloft after a memorable win over Leicester at Murrayfield.

Further success in Europe would follow in 2011, when Cullen captained Leinster to an astonishing comeback win over Northampton Saints at the Millennium Stadium, and in May 2012 when his team retained their title with a dominant win over Ulster. In lifting the trophy at Twickenham, Cullen became the first man to captain a team to three Heineken Cup Final successes.

His final two seasons as a player saw Cullen lift three more trophies with Leinster. The Amlin Challenge Cup and RaboDirect PRO12 titles were won on two consecutive weekends at the end of May in 2013 and in Cullen’s final appearance for the province he lifted the RaboDirect PRO12 title for a second season in succession, alongside fellow departee Brian O’Driscoll.

With his years of experience in the game, Cullen was asked to join the Leinster backroom staff by head coach Matt O’Connor after his retirement and he became the Leinster forwards coach in July 2014.

With the departure of O’Connor a season later, Cullen was appointed Leinster Rugby Head Coach in August 2015 and led the province to the top of the Guinness PRO12 table and to the PRO12 Final.

Having reached the semi-finals of both the Guinness PRO12 and the Champions Cup, a year later in 2018, in his third season, Cullen became the first man to win a Champions Cup title as a player and as a head coach as he presided over a first ever Guinness PRO14 and Champions Cup double for Leinster.