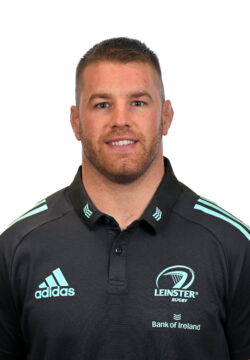 The Tullow native left Leinster Rugby at the end of the 2018/19 season as one of the province’s most decorated players, having come through the Leinster Academy system and having played 126 times for Leinster since his debut in September 2008 against the Cardiff Blues.

Off the back of these impressive performances in the blue of Leinster, he was named European Player of the Year in 2011.

O’Brien made his Ireland debut in the RDS Arena in November 2009 against Fiji and won 54 Ireland caps scoring six tries in total. He was a member of the Ireland 2015 Six Nations-winning squad and was on two tours with the British and Irish Lions, winning 11 caps.

He retired from professional rugby in 2022, after three seasons playing at at London Irish.#